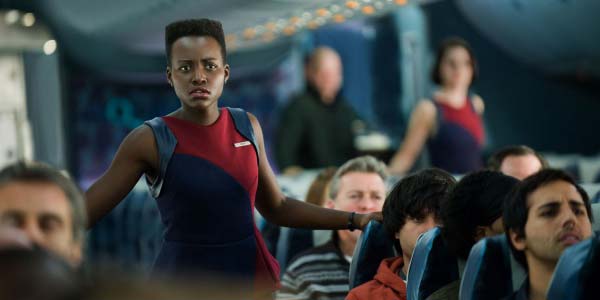 I will readily admit, following the Star Wars rumor mill was my absolute favorite part about the prequels.  Even when The Phantom Menace left me wanting, I was glued to any and all “behind the scenes” production rumors that surfaced for the rest of the movies.  Now, over a decade later just enough time has passed that I’ve been feeling a certain sense of nostalgia following the many Episode VII rumors over the last few months.

The latest is from Latino Review, and it’s another really cool one, in a few ways… recent Oscar winner Lupita Nyong’o is allegedly very close to signing on for a role in the new movie.  Not only is Nyong’o another actor with proven chops, but she’s another interesting and unexpected choice, one that could help add more diversity to the Star Wars universe.

Latino Review’s report also suggests Nyong’o would be playing a villain, possibly a Sith, in the movie.  Considering we’ve never seen a notable female villain in a Star Wars feature film, that also seems like a breath of fresh air, as far as I’m concerned.

This could turn out to be just another rumor, but I’m liking all the group of names surfacing around this movie– Nyong’o, Adam Driver, John Boyega, Jesse Plemons… these are all great character actors, and I think a Star Wars movie with these people would be something we haven’t seen before.  Then again, names like Natalie Portman and Ewan McGregor showed the same kind of promise during the prequels, and we all know how that turned out. So there’s no real guarantees on anything yet… even if these castings ARE legit.