Mad Hatter and Scarecrow Take on the Dark Knight 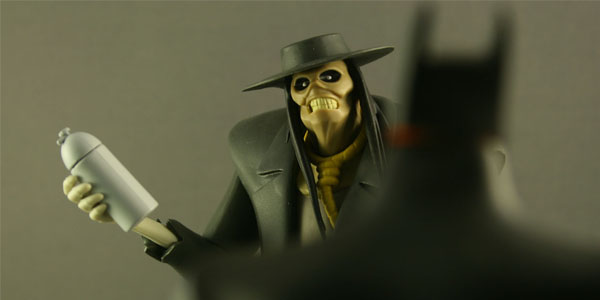 The newest villains to join the Batman Animated line, Mad Hatter and Scarecrow, come to comics shops this week.

The Animated Batman line has been amazing from the start, even with the early production issues, and the line is growing with each new figure. Along with Bane and Nightwing, Scarecrow and the Mad Hatter join the rogues gallery this week.

Scarecrow brings the designs from the New Adventures to three dimensions. One of the few villains not made in the original Kenner line, he was later done in the JLU line by Mattel. The Mattel version added washes to create the shadows on figure’s mask, while this new figure allows the shadows to make themselves. It was brought up at Toy Fair that the mask looked plain, but the idea behind the design was to allow the hat and sculpting to create real shadows on the face. There was some skepticism whether or not it would work, and having the figure in hand it does. The figure comes with a ton of hands, allowing for different poses, he might even rival Batman and Robin for the most hands for a figure. Along with all the hands Scarecrow comes with a canister of fear gas, a gun, and his walking stick. Scarecrow stands much taller than the avenge figure, and although the coat does hinder some poses, he has hip movement so he can stand on his own. 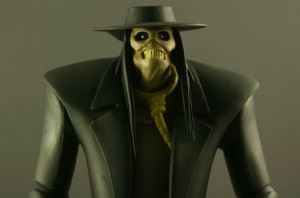 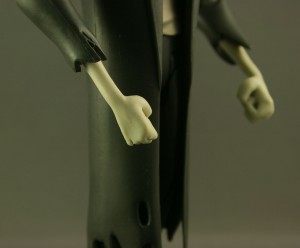 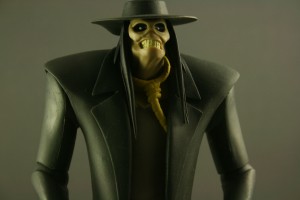 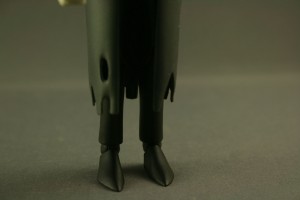 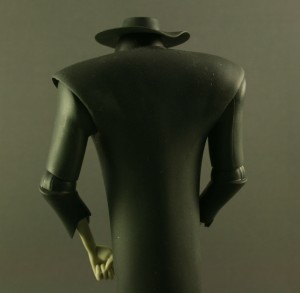 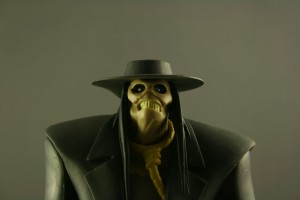 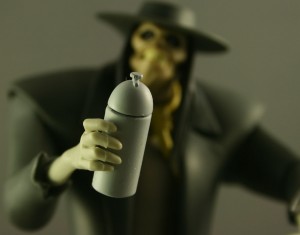 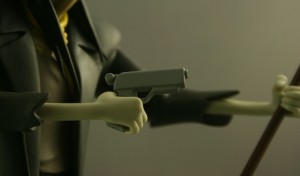 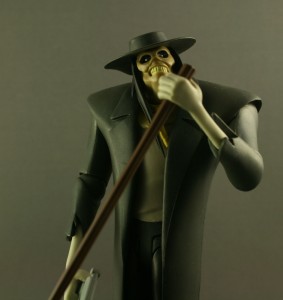 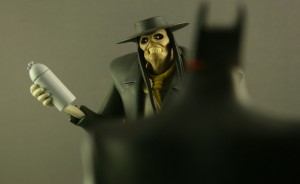 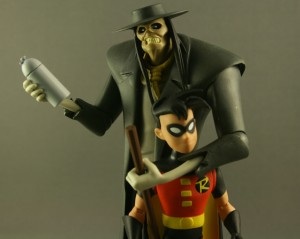 The Mad Hatter is a colorful addition to the villains, but he does have some issues with his lower legs. While it is great to see the figure has hip, knee and ankle joints the jacket freezes him in a singular pose, making them unnecessary. The bulk of the figure’s weight is above the waist, so the small ankles can’t support the weight of the figure making the stand necessary for any long term display plans. The detailing of the design really brings the Timm design to collectors hands. The original Kenner figure was one of the best of the line, and this one also might take that honor in this line. He comes with alternate hands, his heart axe, and his mind control panel. 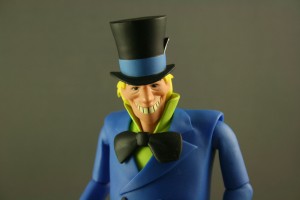 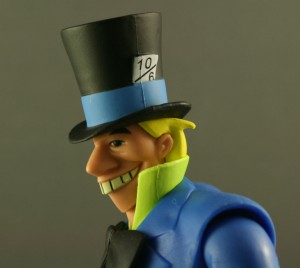 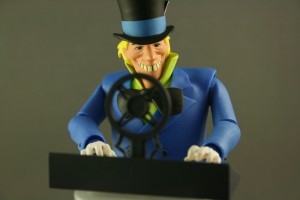 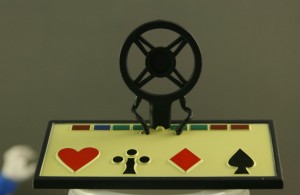 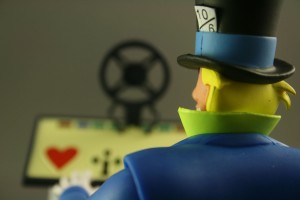 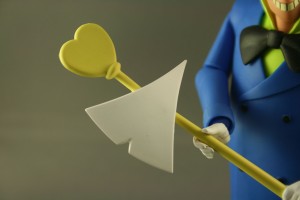 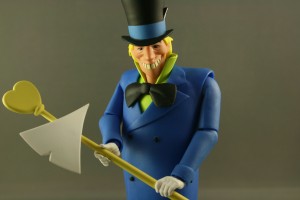 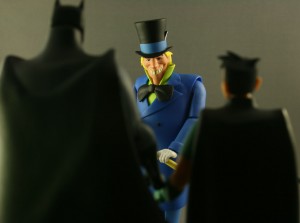 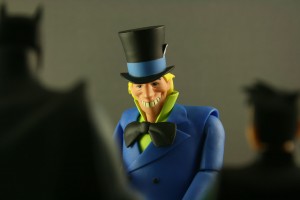 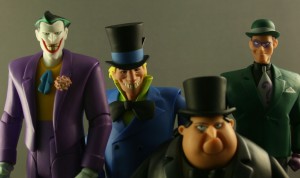 The line continues to grow, and quickly this year. We went from none for months to something almost every month since SDCC. The issues that plagued the line in wave one have been corrected, and weak ankles aside, this could be one of the best lines of 2015.

Thanks to DC Collectibles for these figures for review.