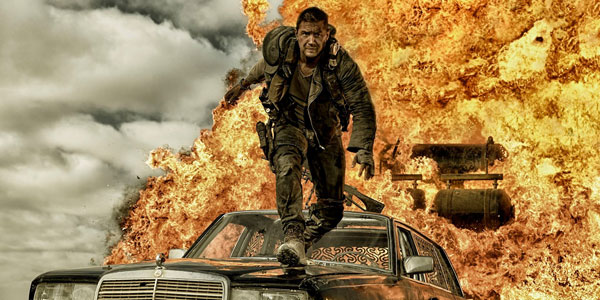 Prepare to live the best two and a half minutes of your day.

I don’t see how anyone who loves good, old fashioned balls-to-the-wall action movies can not be completely sold by Mad Max: Fury Road.  Yes, this is only our second trailer for the latest chapter in this awesome series, but goddammit– it’s just so good!!

And lest we think maybe the marketing team behind this film is just very good at cutting trailers, allow me to remind you that not only is our new cast aces (Tom Hardy! Charlize Theron! Nicholas Hoult!), but it’s being directed by George Miller, the mastermind behind the previous cinematic exploits of Max Rockatansky as well.

Word has it Fury Road will essentially be just one, big long chase scene, and this trailer once more adds some legitimacy to that rumor… there’s so much movement and energy on display here, my head is still spinning after watching it, like, half a dozen times.  I even kind of totally love obvious CGI vortex of death, just for what a great job it does at ramping up the chaos to a whole new level.

This trailer leaves me with two final thoughts.  One– Jesus Christ, I hope this movie is as awesome as it looks.  And Two– I so totally hope NECA reconsiders landing the rights to make Fury Road toys… because this two minutes features, like, ten guys I’d totally buy in toy form.