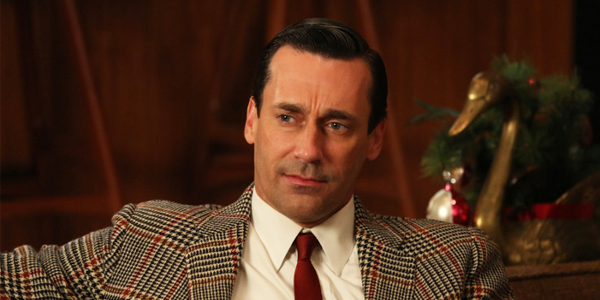 Well, that was depressing.

The season 6 premiere of Mad Men started off well enough. Don and Megan are still apparently a happily married couple, enjoying the perks of advertising and staying at a client’s hotel in Hawaii. Megan’s acting career has really taken off since we last saw her and Don is still fairly indifferent about it. The scene in which Don talks to a young soldier in the bar about his time in the Army was hopefully the first of many that we’ll see this season exploring his troubled past.

After Betty’s son mentioned that Sally’s friend’s violin case reminded him of a coffin, death remained the central theme of this morbid episode. Speaking of the violin, I was reminded of the scenes from Little House on the Prairie when Michael Landon did the worst impression of a violinist ever. But at least he gave it a shot; the actress playing Sally’s friend didn’t make any attempt to phone it in, and I was completely distracted by how silly it looked. The fact that the performance was followed by Betty’s stone-faced delivery of the world’s most awkward rape joke didn’t help matters. 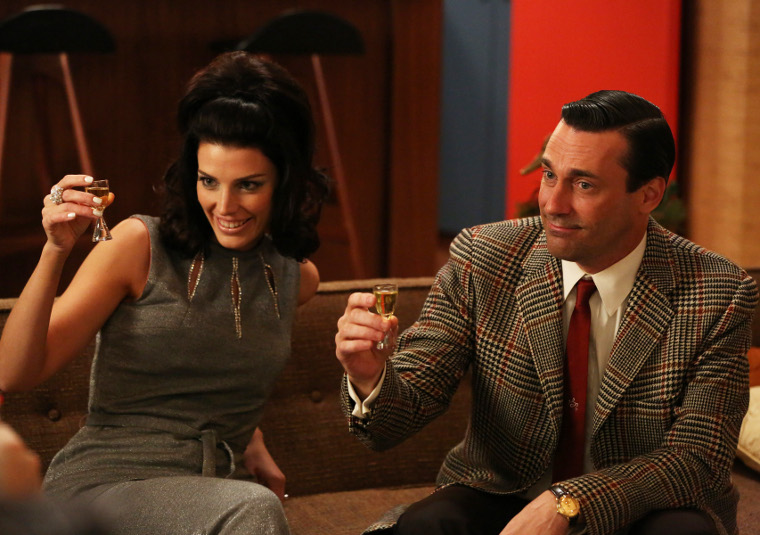 Another big part of the episode was watching all of our favorite characters fall apart at the seams, particularly Roger Sterling. He has always been able to hide his neuroticism behind his charm and humor, but it seems that he’s completely losing control after everyone around him dies (did I mention how many times death was brought up in this episode?). Betty continues to be incredibly strange, embracing her bohemian past and hanging out with some village bums before dying her hair for apparently no reason. And Pete remains as smug as ever, his new sideburns really going a long way in making his face that much more hittable.

My favorite part about the episode was seeing Peggy in her new position of authority. She learned a lot from Don, for better or worse. She adopted his talent and passion for creating great advertising and surpassed it, but she also took his harshness and unfairness to his inferiors to her new job. Of all the main characters, Peggy has had the most complete and satisfying development throughout the show’s five seasons and I’m looking forward to seeing what becomes of her this season.

Don continues to be completely unsatisfied with every aspect of his life, embracing self-destructive behavior more than ever before. While he seemed to be almost settling into an idyllic and routine life last season, it looks like the late ’60s might bring him right back to where he started.

Overall though, this season premiere has me divided. Two hours is a little too long for any TV show, and there was definitely quite a bit of filler that likely won’t have any impact on later episodes (anything to do with Betty’s mother-in-law, for instance). I didn’t feel as much of a connection to the characters as I have in the past, and the overall feeling of the episode was overwhelmingly negative, uncomfortable even. Still, the show’s attention to detail and authenticity is as strong as ever, and it never failed to be entertaining. I’m optimistic for the rest of the season, as some of the themes brought up in this episode will surely make for some great scenarios later on.