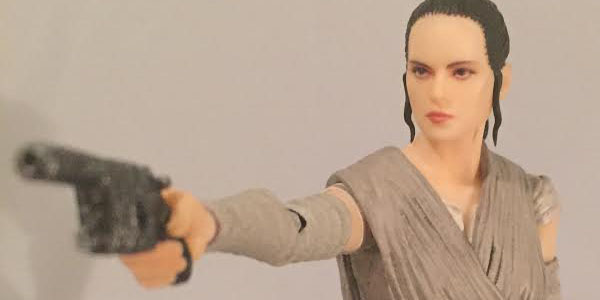 The collecting community has a love/hate relationship with MAFEX. Which side will Rey fall on with collectors? 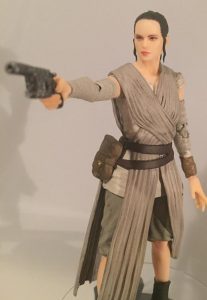 MAFEX (who is a division of Medicom Toys) has stormed on to the import scene recently with the addition of some of the hottest movies from the past few years. They have had a nice opening act with the Suicide Squad line, and Rey continues their run with the Star Wars license. MAFEX has released Storm Troopers, Darth Vader, and Kylo Ren. They are also the first import company to tackle a fully articulated version of Rey.

Now, this figure has some cons but there are more pros to speak of so we will start there. MAFEX continues to be the leader in accessories that they include with their items. This is one feature that has me coming back for more as you get more bang for your buck. Included in this pack are eight sets of extra hands, a Rebel Pilot helmet (as seen in the movie), her scavenger head wrap, backpack, the blaster Han gave her, her staff, and Anakin/Luke’s Lightsaber. I mean all that goodness and it is NOT a Web Exclusive (TAKE THAT FIGUARTS!).

Her face sculpt is excellent. Really giving you a true Daisy Ridley head scan. All the paint apps to the body and accessories are spot on. The blackwash to the staff, head wrap, and the helmet really came through to give a nice weathered effect. The skin tone on the figure is a tad on the pale side but it is a minor gripe to the paint application as a whole. 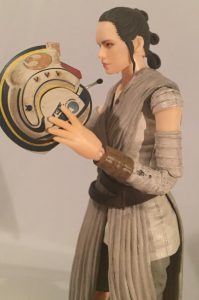 The accessories all swap out with ease, and there is little to no effort needed to swap the head and hands. To get the helmet on Rey’s head it comes apart and snaps around her head. I had some issue trying to get the backpack on her. The instructions didn’t really help, but after some time I got it to work.

Joints on the figure are very tight despite some collectors claims that MAFEX joints are usually on the loose side. One flaw was that the left arm was not attached very well at the bicep swivel and popped off on the first pose. I was able to get the arm back in place without breaking the peg. I have seen some reviews where the bicep peg broke completely off. I took a hair dryer on low for about a minute and a half on the peg hole to get it back into place.

Besides the left arm issue, I am completely in LOVE with this figure and I think most collectors skipped on it due to its manufacturer. I immediately replaced my Black Series Rey with the MAFEX after I took the pictures and regret NOTHING! Amazing price point, nice articulation, and tons of accessories has JQ rating this figure a 8 out of 10. 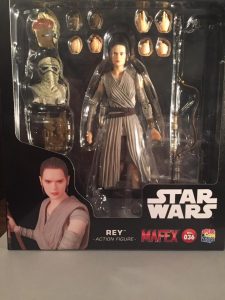 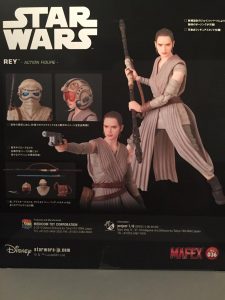 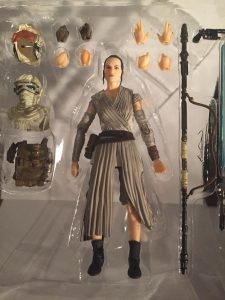 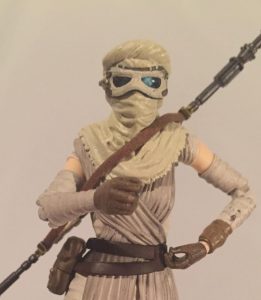 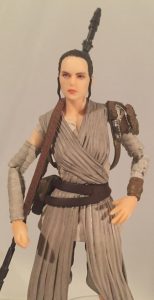 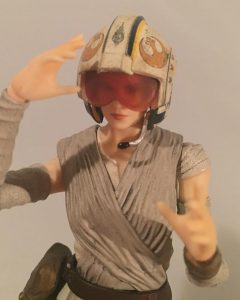 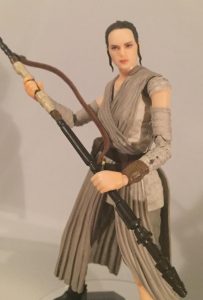 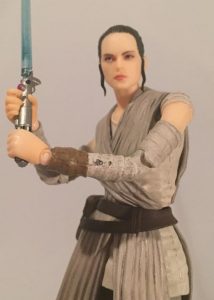