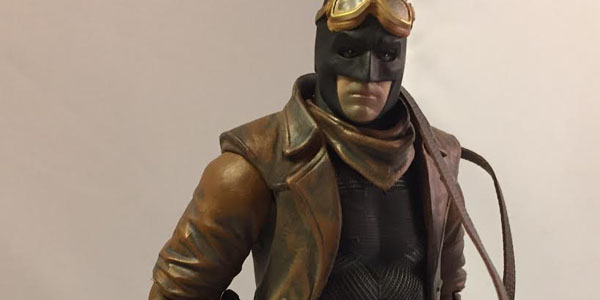 MAFEX has really embraced its DC Cinematic Universe license. The Knightmare Batman from BvS is packed with tons of extras to make this figure worth your while.

The Knightmare Batman from Batman v Superman seems to be the last figure from the movie by MAFEX before continuing with the Suicide Squad license. They put all the eggs in the basket on this one. A number of extra accessories that are packed in really give you a ton of value for the retail price point. Packed in are three sets of gloved hands, a set of bare hands, a set of hands for the Armored Batman to hold the Krytonight spear, Bruce Wayne head, battle damaged Armored Batman head, cowl, a hand for Superman to hold the cowl, a hand gun, a machine gun, and a pair of binoculars. That is a whole lotta goodies for one figure.

The figure itself is very nice. The sculpt is totally accurate from head to toe. The small details on the suit really stand out. You can tell Batman has gone literally through war. You have tears in the suit, bullet holes on the chest emblem and a fantastic paint application to show the battle worn hero. A nice touch was the faux leather straps on the machine gun and the binoculars.

Despite the soft plastic trench coat, the posability on this figure is not hindered at all. In fact, you can recreate most of the scenes from this part of the movie without hesitation. It was fun to recreate the scene when Batman is captured and Superman takes off Batman’s cowl. 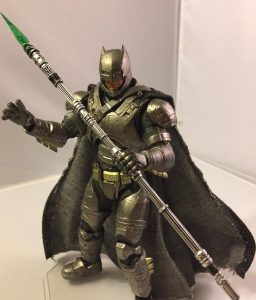 The other accessories were fun additions. The Kryptonite spear was an excellent pack in along with the battle damaged head sculpt. This figure offers a lot of possibilities to change up your shelves or if you are into toy photography many scene recreations.

JQ gives the MAFEX Batman v Superman Knightmare Batman a 9 out of 10. Great value for what was included. 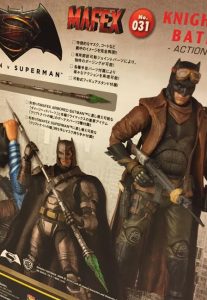 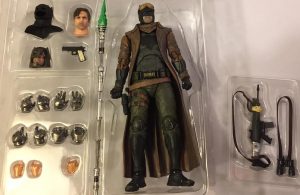 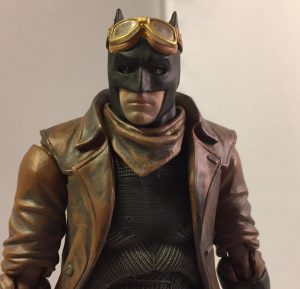 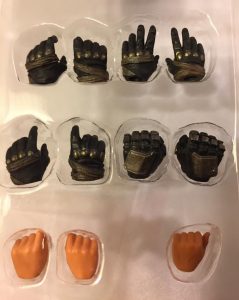 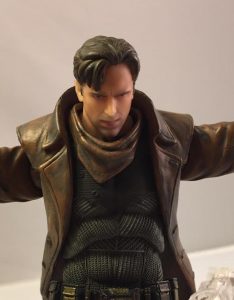 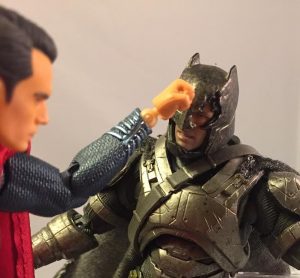 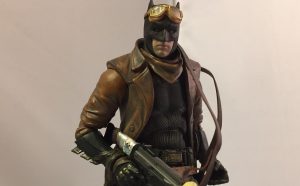