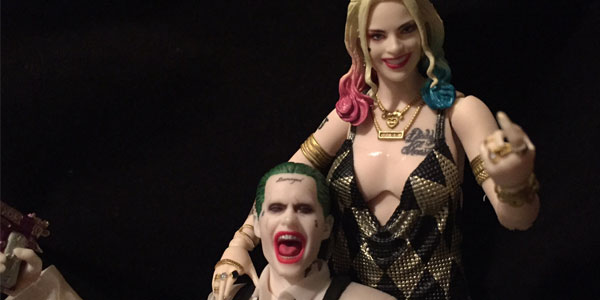 Once again MAFEX is flexing their muscles with the DC Cinematic Universe License. This time they bring in the Harley Quinn in her party dress from the flashback scene in Suicide Squad. 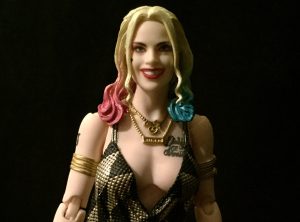 MAFEX continues to win my business with each release. They have really embraced the DC license and are giving us figures with accessories that complement their past releases. And the price point is fantastic! MAFEX has given us Batman v Superman figures, Suicide Squad figures (which this Harley figure is based on), and even Star Wars figures… though there’s no word if we are going to get anything from the up and coming Justice League movie.

The new Harley comes packed with two extra sets of hands, a cupped hand to hold her baseball bat, a spare head for the previous release (that has two bubble gum bubbles to put in her mouth), and a Batman head with the breathing apparatus. There is not a lot here, like there has been in previous releases with the core figure, but the bonus parts do add value.

The figure itself is actually quite impressive once you get her out of the box. At first, you kinda wonder why this was produced, but then you put her next to the MAFEX suited Joker and all becomes crystal clear. The dress is made from a soft plastic that allows for full mobility for this figure to move and pose as you see fitl. Placing the alternate hands and head on this figure is pretty simple, they go on without any force needed. I did have some issues getting the bubble gum to stay in her mouth, so please use caution when attempting this. Another issue I had with this figure was the knees, which looked too bulky at first. But once you start to pose her you forget about them quickly. The Batman head (as cool as it is) is not one I will display but it was cool to snap a picture. 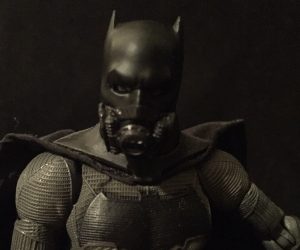 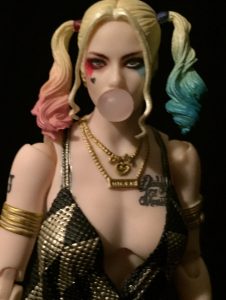 Paint applications are impressive. Harley has many tattoos that are very visible on this figure. The gold they used for all of her jewelry looks very realistic. And the Margot Robbie face sculpt is amazingly accurate. The alternate head for the previous release works well on this figure too… the way they painted her pigtails is very well done, and the colors are extremely vibrant.

JQ gives this figure a SOLID 8 out of 10. The more I played around and pose this figure, the more I loved it. 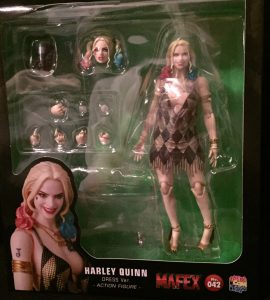 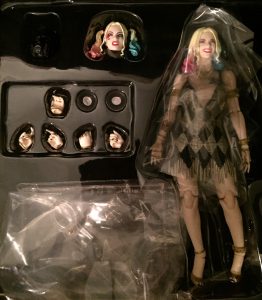 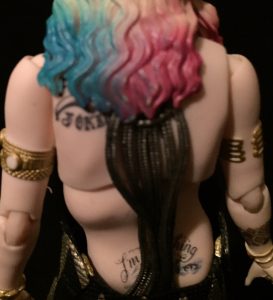 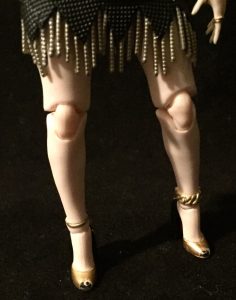 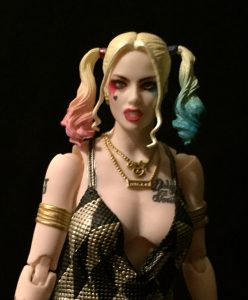 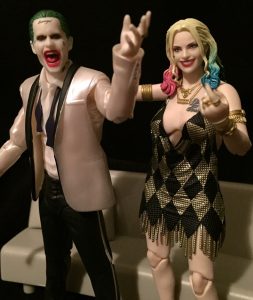 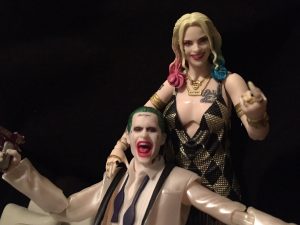