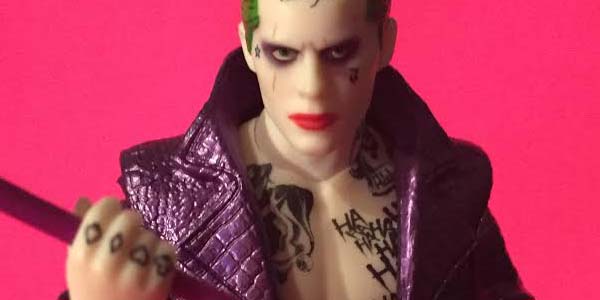 The interwebs and fans may not be a fan of the Jared Leto Joker, but rest assure this figure from MAFEX is no laughing matter! 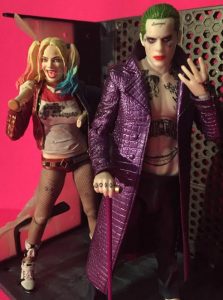 The Joker has been in the middle of much discussion of how and why we got this tattooed silver grill version in the Suicide Squad movie. The toys from Mattel were scoffed at once revealed and the hate didn’t stop there. MAFEX not only has this version in the works but a silver tux version that will come with alternate parts for this Joker figure.

Joker is suited up with his Arkham pants with no shirt showing his tats and a purple snakeskin trench coat. In the box is an alternate screaming head, four sets of hands, a gun, a cane, and a stand. The hands are painted with Jokers tattoos as well. The head and hands all pop on with ease. The hands that are meant to hold the cane and gun are snug as well.

Now this figure is not without its faults. The arms popped out while posing but did pop back in place with no issues. This was due to the trench coat hindering some of the movement. Also when I took Joker out of the plastic holder the right leg on this one was loose yet again. This seems to be an issue with MAFEX, but upon inspecting the leg all that was needed was a little push into place and it was sturdy yet again.

Overall this figure is a fine addition to anyone’s DC shelf. I am excited to see the bonus accessories that will go with this with future MAFEX releases from this line. This may not be the fans favorite Joker but it is still an amazing character and at $50-$55 dollars on the secondary market it is not a bad price point either. 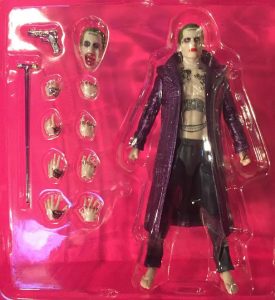 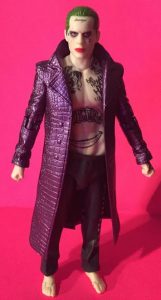 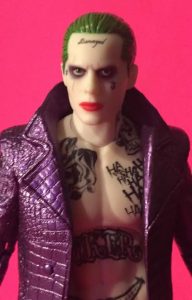 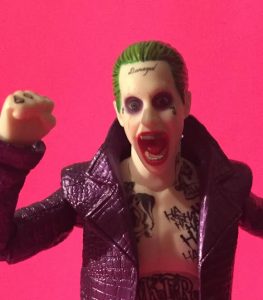 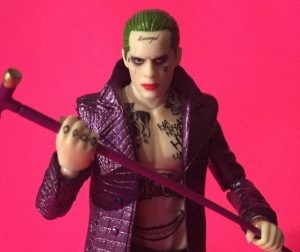 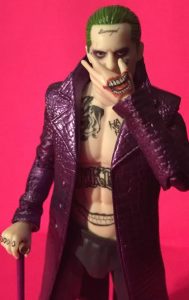 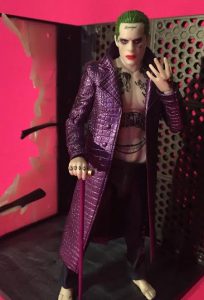