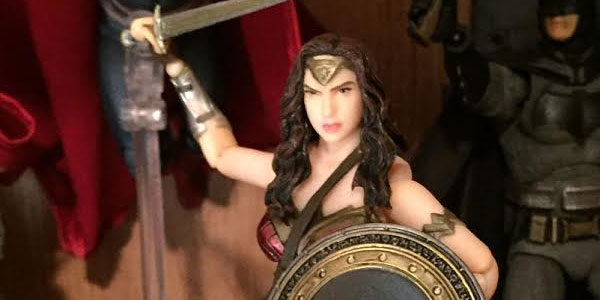 2016 was a very good year for MAFEX, and Wonder Woman from Batman v Superman is just the right way to end the year.

Fans were a bit worried when Wonder Woman was delayed, but it was worth the wait as she is a BEAUTIFUL figure. Having Wonder Woman on the shelf with Superman and Batman is awesome as she wraps up DC’s Trinity in movie form. MAFEX did a great job basing this figure in Gal Gadot’s likeness and bringing her look from the screen to action figure greatness.

She is packed with three sets of hands, a sword, a shield, a wrapped up lasso (for her belt), extended lasso, and a flight stand. All these accessories are fantastic, given the price point of the MAFEX figures. The lasso fits very well on the belt hook and the shield slides on her arm without any force. During the unboxing, the protective plastic wrapping around her legs was a tad hard to get off but with some care I got it off her.

Paint application on Wonder Woman has been a subject of debate on the interwebs as some hate it and most love it. I am in the love category as I have no issues. Could they have added some shading on the face?  Probably, but it’s not deal breaker. The armor, weapons, and hair have amazing shades on them which bring an authentic movie look to her. Her articulation is fantastic and due to her being a lighter figure, the stand was not needed for the poses I had in mind for my shelf.

2017 has more DC Universe goodies in store from MAFEX, as we will see the Suicide Squad figures and there are rumors of the Knightmare Batman yet to come from the BvS movie. If you are looking to finish your DC Cinematic Trinity grab this Wonder Woman… you will not regret it. 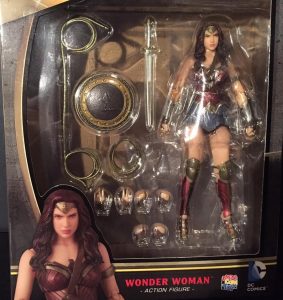 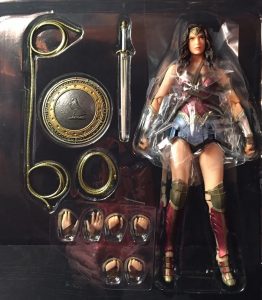 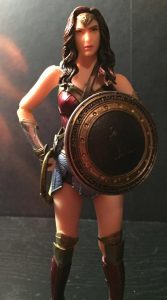 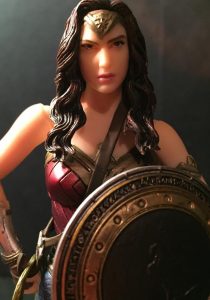 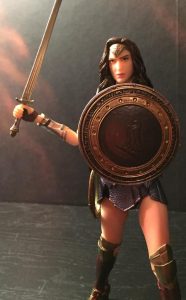 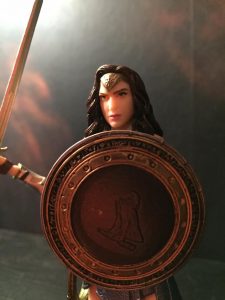 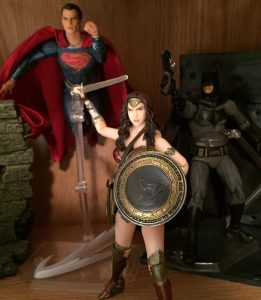 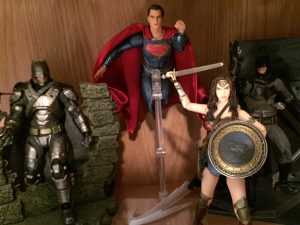