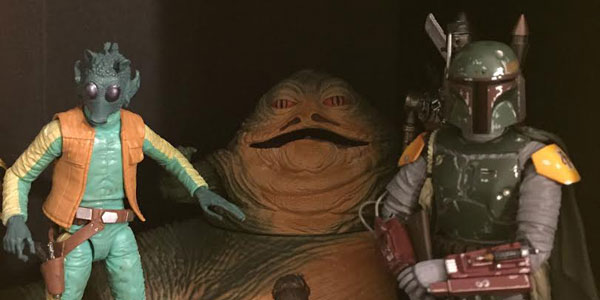 MAFEX has their hands in a few different properties and they are impressing everyone with each release. 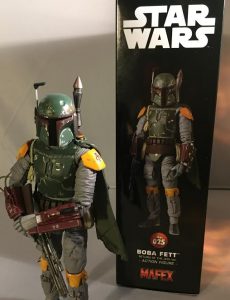 This is MAFEX’s second Boba Fett in their line up. The first one was #16 based on the look of the Empire Strikes Back film. This addition is #25 based on his look in Return of the Jedi. There were some minor tweaks to the figures paint applications that I could see in pictures (I missed out on the #16 release to see in person). This figure is simple and very clean.  With only a few extra hands for different poses and Boba’s signature sawed-off blaster you really cannot ask for much more here.

There is great articulation here and the target scope on his helmet does slide down over the visor. I did have some difficulty getting the blaster into the hand as the blaster is made of a softer plastic. It felt like I was bending it too much, but after a few short minutes I got it in place with no issues.

Taking a 360 degree look at the figure there are details up the wazoo on the armor and helmet. Lots of weathered battle damage all around. Even the Mandalorian emblem on his shoulder was a very nice touch. On the web people fancy this version more than the ESB version due to the added detail to his armor.

As most collectors try to add items to their shelves to recreate scenes, we have to add in figures from different lines. Here is where the Hasbo Black Series really adds to the picture. MAFEX and SHF are releasing figures at a pretty quick pace it can add up quickly. Sometimes having that option for the mass retail figures helps not only the budget, but plugging in the holes to rosters and teams.

Boba Fett will run you about $55-$60 on the secondary market, and in my opinion is worth the upgrade if you only have the Black Series figure on your shelf. JQ gives MAFEX #25 Boba Fett a 7.8/10. 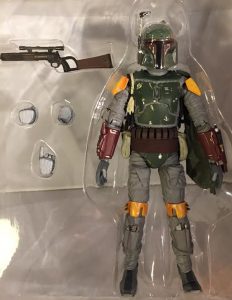 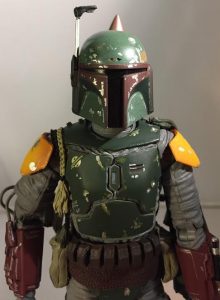 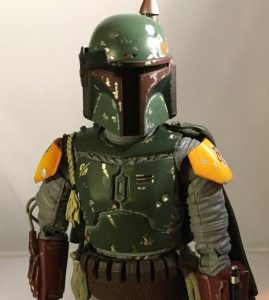 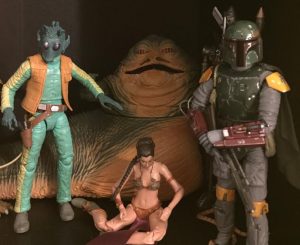