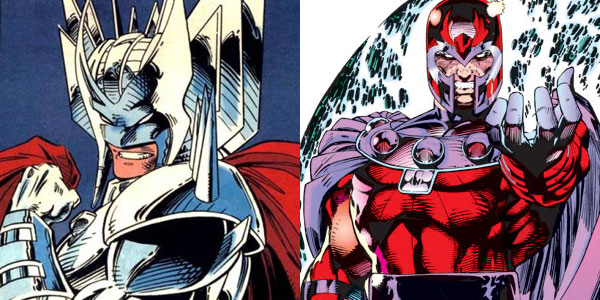 Two classic X-villains may be getting the Marvel Legends treatment!

Late last week, an image from a Japanese magazine showed up online, soliciting some new Marvel Legends from Hasbro. The ad included the Guardians of the Galaxy wave… as well as a surprise set of X-Men figures. Apparently, the set is planned to include Astonishing Wolverine unmasked, X Force Storm, Marvel Now! Cyclops, a classic Magneto, and the long-awaited Stryfe figure. In addition to the figures, the ad suggest this series will finally provide a home for the Build-A-Figure Jubilee, originally intended for the lost wave of Legends which made its debut at Comic Con last summer.

My Japanese is a little rusty, but if I’m not mistaken the rough translation is “you’ll want just enough of these figures to buy the whole set for Jubilee.” At least that’s how I feel; the new figures are pretty cool overall. I love the Stryfe figure, and always had a soft spot for this very silly character, and while I’m a little bummed to see Magneto being released on a somewhat outdated body, the figure really captures the classic look of the villain, who has been in dire need of a revamp in the Legends collection for a LONG time.

Cyke and Storm, I can take or leave. The figures look very nice, but I’m just not into the design of the Marvel Now! X-Men. These two will be cool to own, and they make great use of the excellent modern Legends bodies, but I’d love to have seen Jim Lee Cyclops and 70s Storm in their place. Wolverine is Wolverine; at least he’s not a complete re-release of the Wolvie Legends figure from last year. But I’m totally happy to have the chance to get Jubilee! Even if she’s the less cool modern design, she’s one of the last core X-Men never to be released under the Legends brand, so that’s cool.

There’s no official confirmation from Hasbro that this wave is even a thing, although brand manager Dwight Stall did tease at Toy Fair that we’d be seeing more Legends this year… and more X-Men in specific. So it seems likely these will be released in some capacity, either as a mass retail wave or an exclusive. Now if Hasbro can figure out a way to release the rest of their killer lost Legends– like the Batroc and Blizzard and Radioactive Man and Tiger Shark that I would do many awful things to own– I’d be one very pleased Marvel Legends collector. 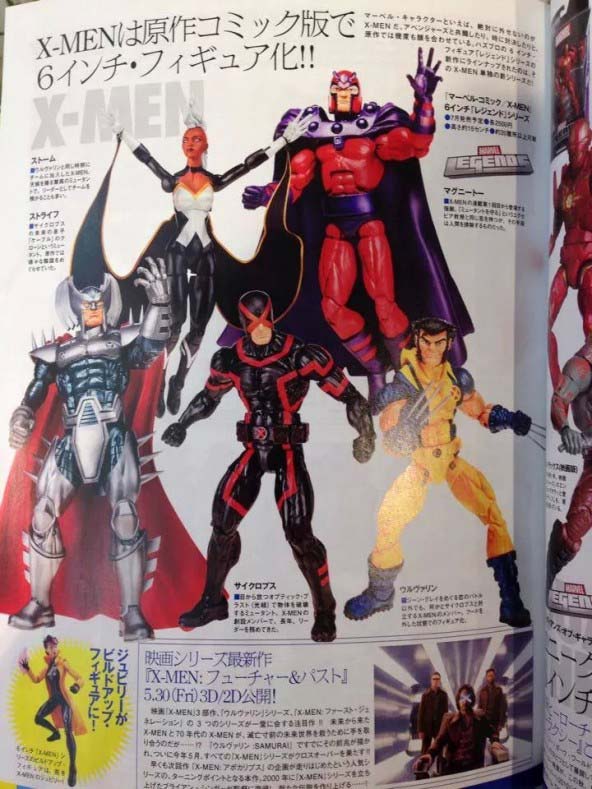