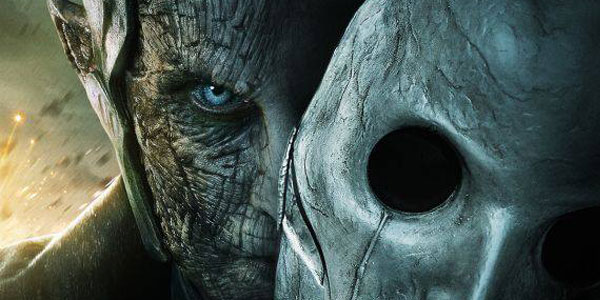 The Thor sequel’s villain finally gets his own poster.

We’ve seen little of Malekith, the Dark Elf antagonist of Marvel’s upcoming Thor: The Dark World, but that’s all changing now, as the villain so bad he makes Loki look good is front and center on the latest movie poster.

I like that Malekith is so imposing that he super-cedes virtually all of the flying Photoshop stuff behind him, and he’s putting his best face forward, with the right half of his face sporting some gnarly reptilian scarring (in the comics, his face was just colored half black).

I think the new Thor has the potential to be great, as the first one was decidedly rad– aside from the S.H.I.E.L.D. interference which will not show up in Dark World— and Marvel’s plan for Phase Two seems based on the idea of big, risky concepts that can really serve to expand their cinematic universe… as well as their lifespan as a commercially viable brand.

Plus, Thor and Loki and their Asgardian friends… beating the snot out of a bunch of elves!!!  Suddenly all those dudes who suffered from an inferiority complex when they witnessed Orlando Bloom’s Legolas will have their vindication.  And I call that a win, no matter what the movie’s like. 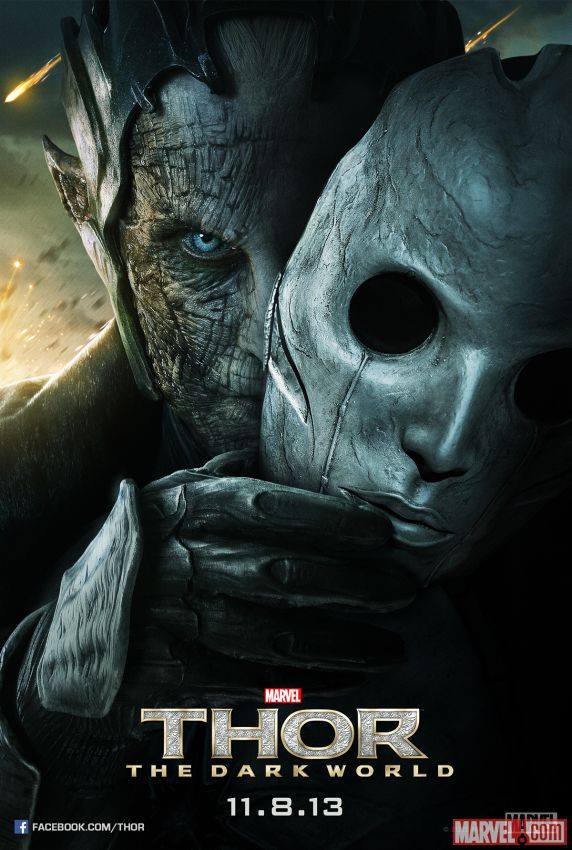