Man Of Steel Proves His Mettle 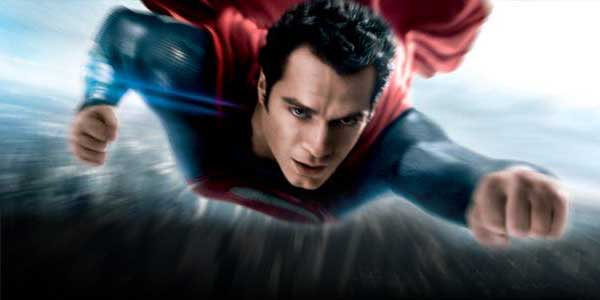 Superman makes his return to the big screen in Man Of Steel, a movie whose scope and strengths do justice to the iconic DC hero.

When it comes to super heroes, Superman’s is a deceptively difficult story to tell.  While Kal-El, the last son of Krypton serves as an archetype for virtually all other super heroes, he’s so good, so strong  and so capable, that providing him with a challenge worthy of a great story is rare.  Man Of Steel is not quite a great Superman story, but it’s a very good one, and it’s appropriately epic in scale and drama to feel worthy of the iconic hero.

We all know Superman’s story– the sole survivor of the doomed planet Krypton is saved by his parents, who send him to Earth where he is adopted by the Kents, a pair of kind farmers in Smallville, Kansas.  This well-tread origin does feature into Man of Steel, but it’s well handled enough to feel fresh.  We start on Krypton, where young Kal-El’s father, Jor-El (Russell Crowe) tries in vain to save the dying planet. The brief sequence plays well, giving us a good look at Krypton, and those concerned that Christopher Nolan’s penchant for realism in his Batman movies would carry over to Superman (which he produced) can rest assured that is not the case.  Krypton is fantastically realized, with sprawling towers and flying robots and a multitude of alien creatures.

The opening also establishes one tweak to Kal-El’s tale– he is the first naturally born Kryptonian in centuries, while all others are bred for a specific purpose.  It’s not a jarring change to the mythology, and offers up an interesting character arc for our hero, whose destiny is completely his own to forge.  After the destruction of Krypton, we are graciously spared a retread of much of “Superboy’s” life on Earth.  We fast forward to an adult Kal, drifting from place to place in secrecy, restarting his quiet life after each time he uses his super powers.  Kal’s life in Smallville is realized in a series of flashbacks, offering a highlight reel of the well-established early years, and allowing Kevin Costner and Diane Lane to shine in some moments as his loving adoptive parents Ma and Pa Kent.

This is all first act stuff, and it leads to the first encounter between Clark Kent and Lois Lane, re-imagined perfectly by Amy Adams.  The Lois of Man of Steel is not the damsel in distress we’ve seen time and time again– here, Lane is an embedded reporter, and the tenacious pluck which always helped define her character has been refined into total determination.  From the second she discovers that Clark is a super human, she becomes obsessed with chasing down his story.  While she chases his past exploits, Clark himself discovers his alien origin, as well as the iconic suit red and blue suit.

Henry Cavill makes the most out of his role as Superman, with a very different style than we’ve seen from the hero in the past.  Cavill balances the contemplative aspect of this story, as Kal learns who it is he needs to become, without falling into the brooding, mopey characterization seen in many other super hero films.  When he first dons the suit and truly tests what his powers can do, the results are thrilling  Even in this era of digital effects, the sequence is so closely connected to his self discovery as to rekindle the wonder when Christopher Reeves for took flight.  The central arc of Superman’s character– a perpetual outsider, a man who needs to forge his own path, and a Christ-like savior to the people– get a bit heavy handed as the movie goes on, but Cavill carries it well enough that the story stays engaging.

Rounding out the core cast is Michael Shannon’s General Zod, a Kryptonian warlord exiled to the Phantom Zone with his renegade army, who have since freed themselves and tracked Kal-El to Earth.  Shannon’s villain poses a great, legitimate threat– bred to be a warrior, Zod’s only motivation is the preservation of his home planet.  Since it’s been destroyed, his only means of doing that is to conquer Earth and reform it into a new Krypton.  This serves as a great setup for the big (and I mean BIG) final act as the two Kryptonians finally face off– Zod’s plans for conquest serve as a fresh change from the typically vengeance-fueled movie villains, and his terraforming weapons of mass destruction are wonderfully comic book-y in their design and execution.  The best villains are ones who truly believe they are right, and Zod’s pre-programmed drive to restore Krypton by any means necessary causes even our hero to momentarily doubt who to side with.

As great as the performances are, director Zack Snyder is the true star of Man of Steel.  This is far and away Snyder’s best movie, and it’s the perfect opportunity to showcase his extraordinary skills as one of the best visual directors out there.  The director makes the most of every frame, and leaves many of his earlier gimmicks (such as the much-spoofed speed ramping of 300) by the wayside to deliver a very well-built film.  Man of Steel may be the most beautiful super hero movie to look at, and the epic feel of the film has much to do with the methodical, incremental pacing of the story.  After the death of Krypton, the film starts small, with a gradual and even handed sense of escalation, allowing plenty of room for the characters to reveal themselves, before we are amazed by the cinematic return of Superman himself around the halfway mark, and thrilled as the clash between Kal-El and Zod’s forces rips a path of destruction through Smallville and ultimately Metropolis.

Man of Steel is not wall-to-wall action, although each sequence is so well executed that it’s easy to forget that.  From the discovery of his true powers to the thrilling escape from Zod’s ship, each action beat feels unique, and the final battle, which takes place simultaneously in Metropolis and (literally) half a world away is stunning.  The razing of Metropolis feels devastating, the level of the destruction completely catastrophic.  We’ve seen total destruction of cities on screen before, of course, but Snyder’s skilled eye makes the chaos and violence hit hard, making Superman’s attempts to stop the destruction feel all the more critical.  Despite the size of the final act, the action ends small, in a subway station face off between Superman and Zod that’s note-perfect, offering great closes to both characters’ arcs.

As much as there is to love in this movie, Man of Steel is by no means perfect, and some of those flaws cause some major complications.  While Cavill and Adams are both great in their roles, their chemistry together on screen falls flat.  It’s a shame, in that Lois and Clark are one of the most iconic comic book couples of all time, and the lack of electricity in their on screen romance makes the love story feel forced and tacked on, instead of integral to their respective stories.  And while the massive scope of the destruction in the finals act of the film is impressive to behold, it seems out of character for Superman to not address it.  He doesn’t make any attempts to divert Zod and his soldiers away from innocent bystanders, and the devastation of Metropolis suggests thousands of victims, none of whom are acknowledged on screen by their would-be champion.  This is an especially strange choice, considering the movie’s focus on Kal-El as humanity’s savior, the ultimate compassionate outsider.

Some of Man Of Steel‘s shortcomings do hurt the overall experience of the film, but what’s good here is so good that it’s easy enough to ignore most of the problems.  The pacing of the film is wonderful; it certainly never feels its two hour run time.  The stakes of the story, and Kal-El’s character arc, are both engaging, and I’m very excited to see where they take the new Man of Steel from here.  With Metropolis left in ruins, the filmmakers opened an intriguing potential entrance for Lex Luthor to spearhead restoration of the city, endearing the citizens to his favor (and possibly against Superman?).  More than anything, though, Man Of Steel offers an often thoughtful, unique and utterly gorgeous new take on the classic hero. It may not be one of the GREAT Superman stories… but Man Of Steel is without a doubt a very, very good one.