The Man Of Steel Is Super 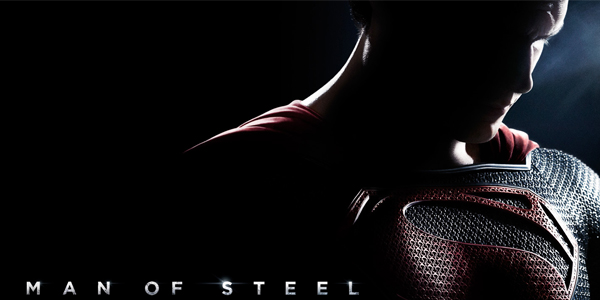 There a few things that have been constant in my life– I have always liked the color blue, I like to do things on my own, and Christopher Reeves was Superman. After watching the new Man of Steel film there may be a new Superman in town, Henry Cavill.

No one will ever be able to replace or outdo Reeves as Superman, but Cavill has proven more than one man can wear the big red “S” on his chest. This is a Superman for a new generation, and like Batman Begins the film gave audiences a jigsaw puzzle to put together during the over two hours of film.

The film starts out in the past showing the life on Krypton. Jor-El is the rebel scientist, who defied centuries of tradition to have his own child free of the class system of the Kryptonians. Jor-El also gets to show off his tough side, something Superman fans have never seen before. He not only turns his back on his society’s traditions and laws, but goes blow for blow with Zod, taking down the soldier. Time on Krypton is short though, as film flashes to modern day. The film from this point on is a mix of flashbacks and present day. Events in the modern time trigger memories for Cavill’s Clark Kent, just like Bruce in Batman Begins.

The film does an excellent job giving fans of the hero a new look at the events that shaped the Man of Steel. One idea that is lost in Superman stories is that he spends everyday at 10%. If he decides to whistle to his favorite song he could destroy a city, and this film show how he learned to restrain himself everyday. Jonathan Kent’s death has always been an important event in Clark’s development, and is one of the most powerful moments in the film showing the ultimate example of restraint. There are pieces of the film that many fans will disagree with, but looking at this movie as a whole those questionable moments make that much film better. The combination of showing Clark learning control over his powers and knowing when and where to let loose make those moments of extreme action so much more powerful. The emotional aspect of the film helped to make this more than just an action film, that is not to say there was not enough action. When Clark finally gets the chance to go 100% it is one of the most amazing moments in superhero film history. There is no doubt Superman can throw down after watching this film, and after 10 years of Smallvillle’s disappointing fight scenes, this was just stunning to watch.

The cast brings the world of Superman to life and the casting was perfect. Cavill is able to play both sides of the Superman perfectly, while not stepping all over the memory of Reeves. Amy Adams is able to play the tough reporter and not feel like she is the helpless female of the story. She holds her own against a ship full of Kryptonian warriors. Michael Shannon’s Zod is different enough from Terrance Stamp, that a comparison is hard to make. He brings both fear and sadness to the character, something past incarnations were not able to do. The rest of the supporting cast are just that– support. The audience is not given the chance to get to know any of the other characters, but they do give the film depth.

Overall this was a great film, and even if it is not the start of the road to the Justice League, it ranks up there with Batman Begins and The Dark Knight.