The Mandarin To Return To Marvel’s Cinematic Universe? 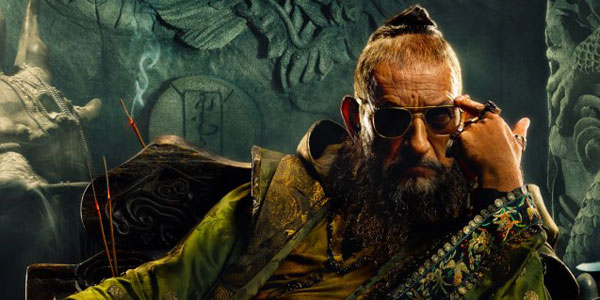 The most controversial character in Marvel’s cinematic universe is coming back for a new One Shot short.

I never imagined The Mandarin would become the most hotly debated character in Marvel’s movie universe, but rarely have we seen such a stark* divide of the fan base as we have over Ben Kingsley’s Trevor Slattery (nee Mandarin) in Iron-Man Three. Some– myself included– loved the twist on the classic Iron Man villain, which felt like a well-earned, character-driven surprise when he was revealed.  Others were immediately pulled out of the movie, turned off by the drastic about-face from the villain’s comics-based origin.

For better or worse, depending on which side of the argument you fall on, Slattery is coming back, as Kingsley recently confirmed his involvement in a secret new Marvel One Shot, likely to surface on the home release of Thor The Dark World or Captain America: The Winter Soldier.

The perpetually reliable Latino Review is also offering some insight into what the new short film will be about, claiming:

According to sources, Marvel wants to make it up to fans so in the one shot, the REAL Mandarin is furious with Aldrich Killian and Ben Kingsley’s character Trevor Slattery for the mockery they made of the real Mandarin’s identity and legacy. The real Mandarin wants to set the record straight.

This is interesting, becauseit could play out one of two ways– as a retcon apology to the jilted fans who want to see a more traditional Mandarin in Marvel’s cinematic world, or as the final nail in the coffin, if it’s a comedy focused on Kingsley’s bumbling actor, further taking the wind out of the real Mandarin’s sails.

It seems weird to debut a villain as bis as The Mandarin in one of these Blu Ray bonus feature shorts, but they’ve been getting better and better with each release… Agent Carter is one of the coolest entries we’ve seen in the whole Marvel movie-verse, regardless of length or format.  And if that trend continues, maybe the new Mandarin short will be something really great?