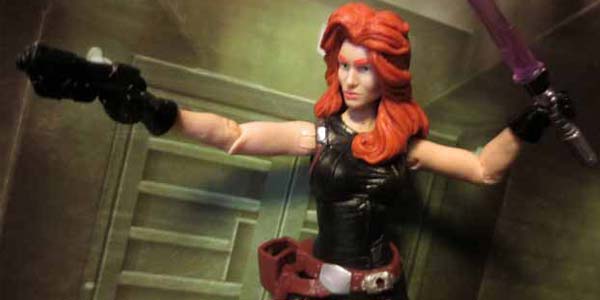 The asaassin turned Jedi gets an all-new figure in the Star Wars Black Series.

It’s kind of easy to forget there are two scales to Hasbro’s ambitious Star Wars Black series.  While the amazing 6″ figures get most of the spotlight, the 3.75″ collector-oriented figures keep plugging along as well.  The latest wave includes several solid new releases, including the first Expanded Universe character to hit the Black Series– Mara Jade.

The former Emperor’s Hand gets an all-new sculpt, easily the most detailed rendition we’ve seen of her, and she makes for an overall decent figure, despite some issues.  Let’s start with what works– Mara’s new sculpt is fantastic, and packed with texture and detail that belies the simplicity of her simple black jumpsuit.  From the wrinkles of her costume to the high gloss armor plating on her boots, there’s a great attention to detail here, making Mara seem right at home amidst the real-life movie-based figures of this line.

Mara includes a blaster with a functional holster on her belt, as well as her purple lightsaber, and a non-ignited hilt which can plug onto her belt.  While I would have liked to see more gear, such as her scarf and goggles, the accessories she gets are logical and well done.

The figure features all the poseability we are used to in this line, with ball shoulders, and injection molded elbows, knees and ankles that offer lots of posing options.  Mara’s neck also features the ball and socket articulation we have seen in many Star Wars figures, although the sculpt of her hair limits her head movement.

Speaking of her hair, this girl has got some VOLUME!  We don’t see big hair translated that often into action figures, but Mara certainly bucks that trend.  Her wild mane of red hair looks striking, and its size is both realistic and unique among her fellow action figures.

But while Mara Jade is a good figure, she’s not a great one.  A lot of this revolves around her face, which is sculpted to be a little too defined and angular, making her appear much older than she should be.  It’s not terrible, but this is the face of a much older character than the young bounty hunter.  Adding to the face sculpt is the paint, which includes very heavy-handed eyebrows.  Had they been applied thinner, the harshness of the face would be lessened overall.

Despite the odd sculpting choice for her face, Mara Jade is a solid entry to the Black Series, especially for fans of the Expanded Universe.  While she falls just short of what I’d consider definitive, this is by and large the best toy version of Mara we’ve seen so far. 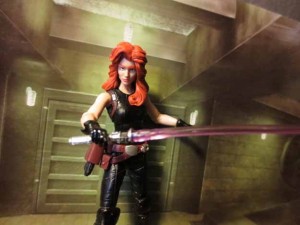 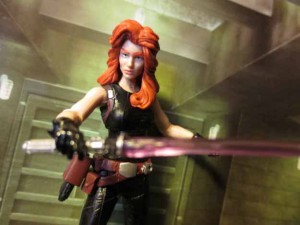 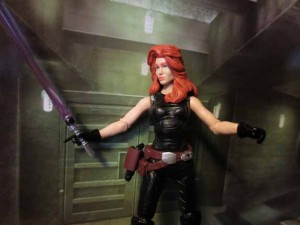 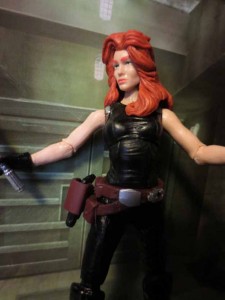 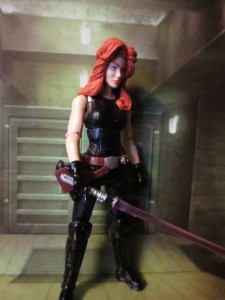 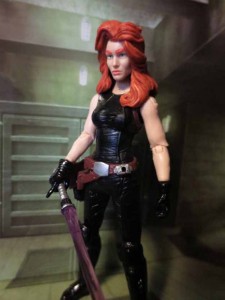 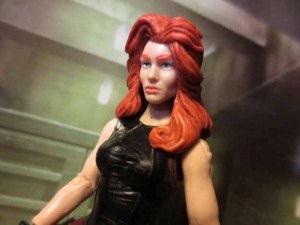 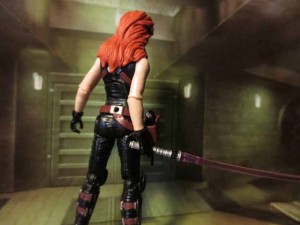 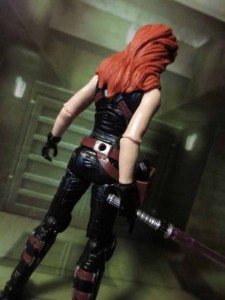 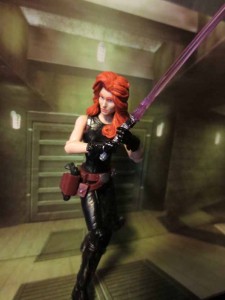 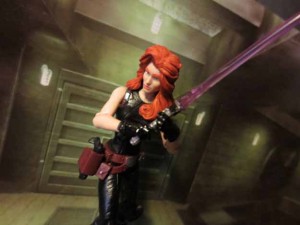 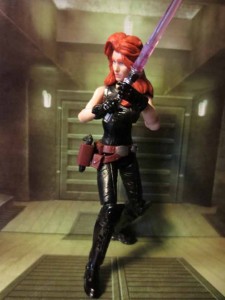 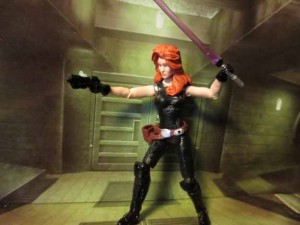 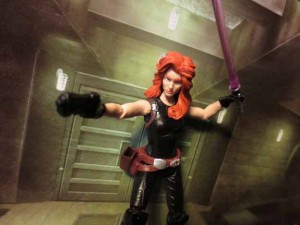 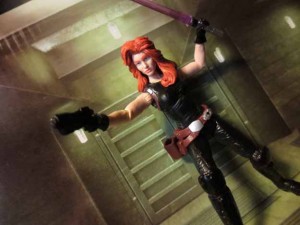 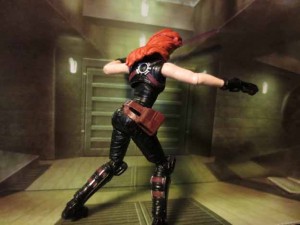 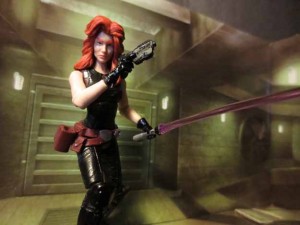 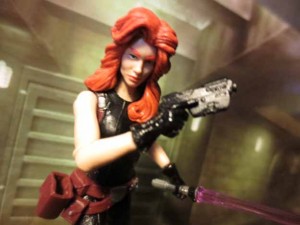 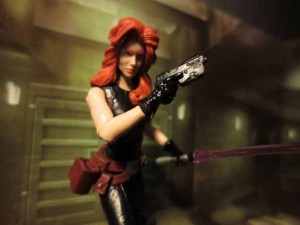 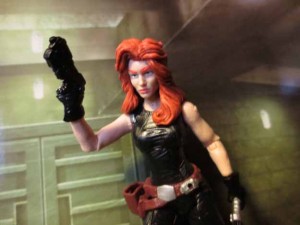