Mario Gets a New Suit and Villain 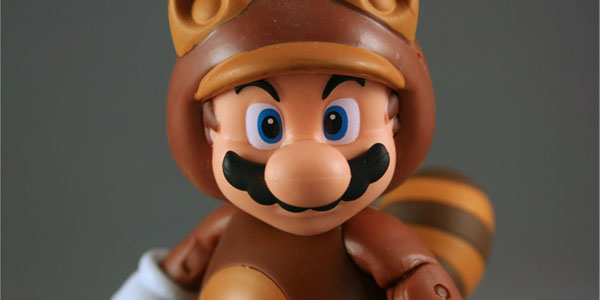 The World of Nintendo line from JAKKS is the perfect paring for the Super Mario Brothers import line.

Jakks has done a great job over the past few years offering supplements to the Bandai import Mario line. It would be nice to have all these characters and suits for the heroes, but the import figures are too high in price to make it worth it. The main heroes are great, but all the secondary suits and villains are just fine with a lower POA and less accessories. Jakks line over the last few months has really blow out all the big loks for the heroes and a lot of villains, but only a few have made it into my collection.

A version of this Tanooki Suit Mario first appeared in Super Mario Bros 3 in the late 80’s, and has been a favorite of mine ever since. There are enough articulation points on the figure to allow him to fit in with the other Mario figures, and allows him to pose in the small diorama sets. The figure looks like he is wearing a suit unlike other figures that hide the fact there is a body under the suit. Bowser Jr. is also well scaled for the line, fitting in perfectly next to his big dad. He will be too large for the upcoming Bandai version of Bowser, but fits well with the World of Nintendo Bowser. The paint on both figures is clean, and no issues with joints. Both come with an accessory, Mario an acorn (not pictured… it might be lost in my toy bin) and a Bob-omb with Jr.. The Bob-omb fits in perfectly with the other villains, but I would have preferred a darker color for his body, closer to black rather that blue.

These are popping up at Target and Toys R Us for now, but the next wave should be hitting soon, so grab them before they disappear down a warp tube. 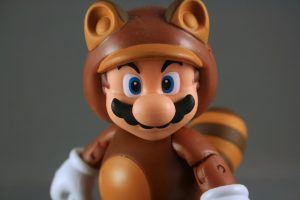 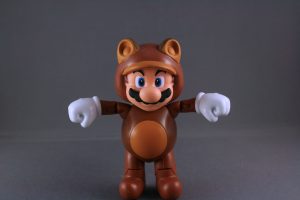 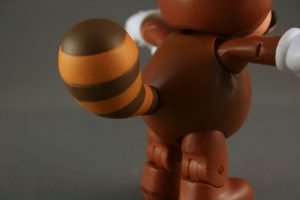 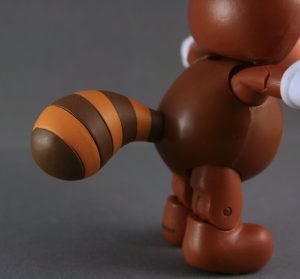 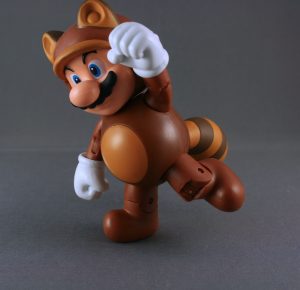 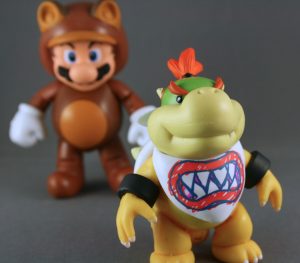 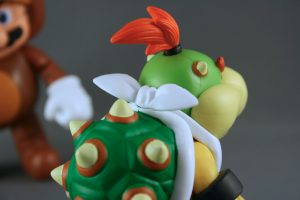 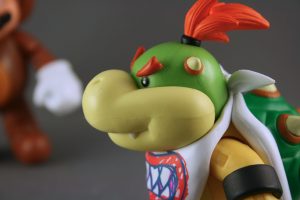 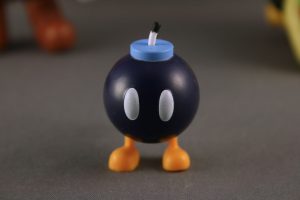 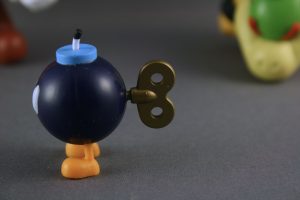 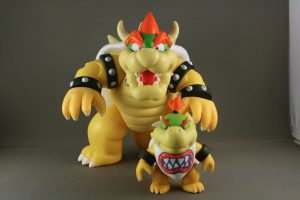 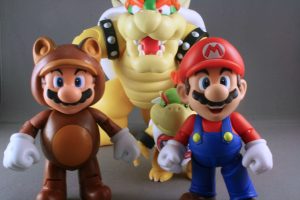 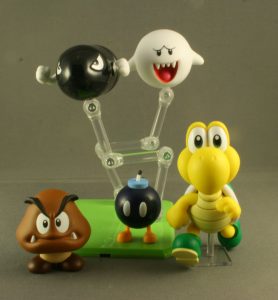