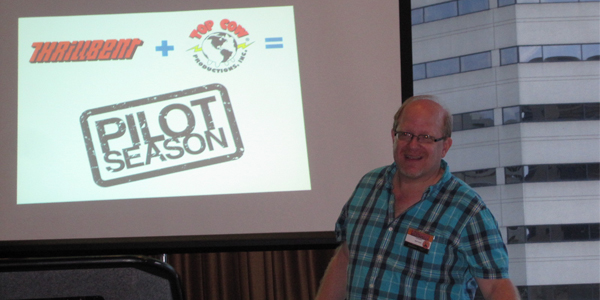 While we’ve made it a point to update our readers on the latest Thrillbent happenings regularly, this time we have a special treat: a bunch of updates about new and upcoming titles, a dedicated app and more, straight from the mouth of recent Harvey Award winner Mark Waid at his Baltimore Comic Con panel.

Waid got right down to business by telling the audience about a strange widespread attack on digital comic sites, which has temporarily shut Thrillbent down. The site is still down as of this writing, but Waid assured us that it will be back up by Wednesday.

He continued with some interesting statistics on the print comic industry, revealing that the cost to print a physical comic book is more than the entire creative process — writing, art, editing, etc. — combined. That’s actually pretty shocking, and it makes the move toward digital comics seem even more sensible.

Waid stressed multiple times during his presentation that his intentions for making the site were never to abandon or undermine print comics; he simply wanted to make an outlet for free digital comics that could hopefully make its money back over time. He said that while he might not be making tons of cash with this endeavor, the value of knowing that people (a LOT of people) around the world want to read what he’s writing makes it all worth it. Such is the humility of Mark Waid.

He also professed the true potential of the digital platform, saying that the original intent of the Thrillbent project was to make a digital comic that could eventually be turned into print. That still might happen when enough material is gathered, but Waid said that his focus is increasingly drifting away from trying to plan the comic around an eventual print version; instead, he tries to take as much advantage of the things digital can do that print can’t, like making a shocking moment happen at anytime instead of just the top left corner of every third printed page.

One of the biggest announcements was that a dedicated Thrillbent app would be available for smartphones and tablets “within a month-and-a-half.” Waid also mentioned the possibility of offering early access to future issues of the digital comics through a $.99 purchase, though that was not an official announcement by any means.

The panel proceeded with many exciting announcements, some expanding upon what was already said at San Diego Comic Con and a few brand new ones. Starting in October or November, Waid hopes to have new content on the site nearly every day of the week. This shouldn’t be hard with all of the brand new exclusive titles coming from a bunch of talented people, including:

And those were only the half of them. The flagship title “Insufferable” will be ending its current arc soon, but we were assured that it will continue in the future with a brand new arc – Waid is having too much fun with the characters to stop the series now.

Waid also talked about the upcoming collaboration of Thrillbent and Top Cow Productions, which will be holding a voting competition called Pilot Season that will help the creators decide which series should or should not continue based on readers’ votes.

During the Q&A section that followed his presentation, Waid was asked how someone might get into the “professional version” of making digital comics. He answered that, while there isn’t actually a profession built around it just yet, his advice to anyone looking to get into the comics medium in general is to create their own digital comic and use any means necessary – particularly social media – to get the word out about it. All a person needs to create one is Photoshop and their own website or blog (and artistic and creative talent, but that’s another story). 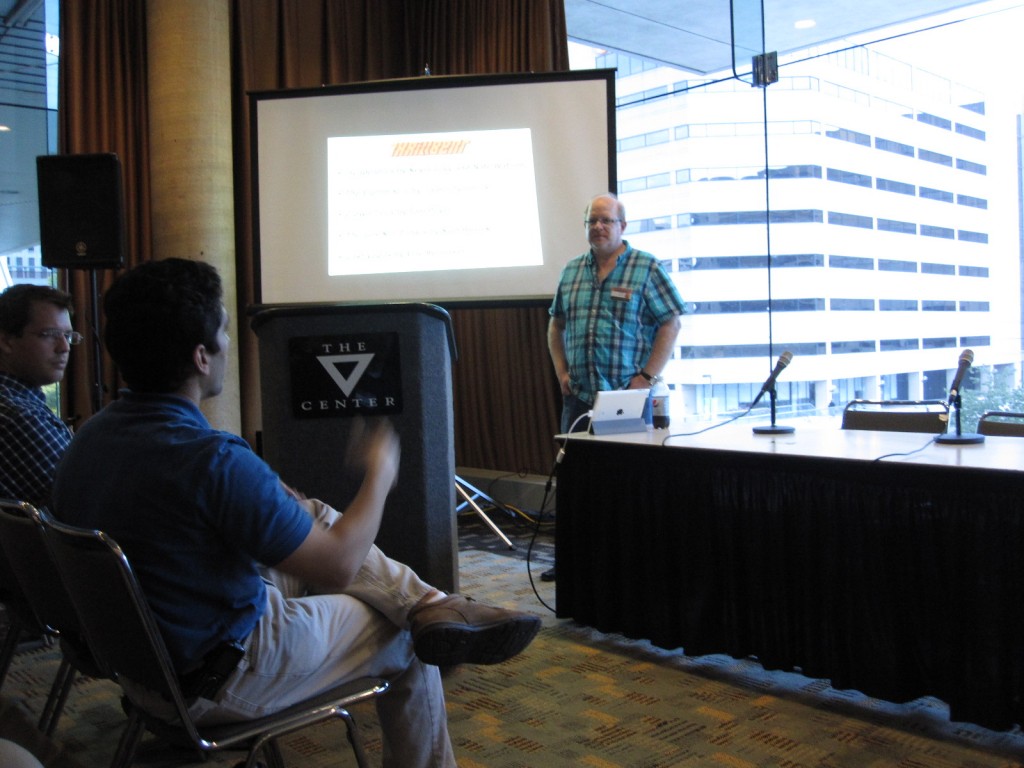 Waid’s charismatic and genuinely impassioned attitude made the hour-long panel fly by, and he managed to entice the audience with enough announcements to keep us tuned into Thrillbent for a very long time.