We already championed our support for Mark Waid’s free weekly digital comics back in the beginning of May, when the team at Thrillbent.com debuted its very first comic.  Now that the creators are getting more comfortable with the format and the stories are really starting to take off, I think it’s time to bring this great site to our readers’ attention once again.

Upon visiting the site you’ll notice the same barebones layout as before, but the amount of content has grown considerably over the past two months.  The only ongoing series, Insufferable, tells the story of a father and son team of crime fighters who grew apart after the death of Nocturnus’s wife/Gallahad’s mom.  In the eight short issues Waid has written, we’ve learned plenty about both characters and an interesting twist or two has already occurred.  The great thing is, no matter how far behind you are, catching up is as simple as sitting down and reading them all on the website; they each take about five minutes to read, if that.  A new feature that allows you to download all of the issues in PDF format was recently introduced too, meaning you can even read them on the go without an internet connection. 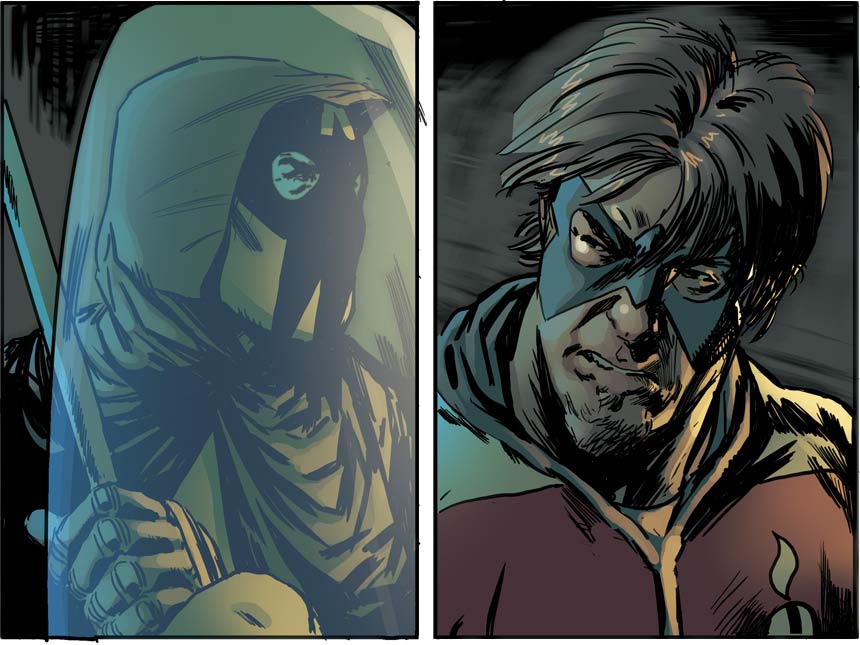 Cthulhu Calls, released a couple of weeks ago, is another great reason to check out the site if you haven’t.  As Waid explains, he wrote the script with the intention of turning it into a print comic but the potential of the digital format won him over.  You can read the comic itself, and then check out a version annotated by the artist where he explains how and why he drew certain things the way he did.  It’s really insightful stuff for anyone interested in the creative process of comics, and a lot of it is genuinely funny.

So, that’s about it.  Just a short post bringing you up to speed on all things Thrillbent.  I head over to this site every Wednesday before I even pick up my regular comics from the shop, and I look forward to these stories being told by Mark Waid, for free, more than most print comics.  But enough about me — go to this site, read the comics, bookmark it, and enjoy!