Marvel and Joss Whedon To Bring SHIELD To TV 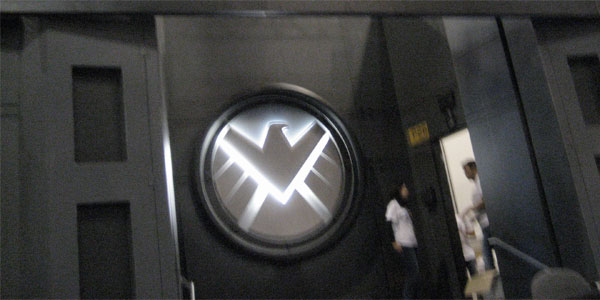 After weeks of rumors, it’s official– the long-hinted, Joss Whedon-helmed Marvel Studios TV pilot is based on SHIELD.

The next step in Marvel Studios’ ever-expanding universe is a TV series, but how do you connect an ongoing series of big-budget movies (with big-budget actors) with a weekly TV show?  Marvel is going forward with probably the most prudent choice– SHIELD, Nick Fury’s secret organization designed to police super humans.  SHIELD is all over the place in the Marvel Universe, with ties to basically every corner of Marvel… but they’re not super heroes, so they can pull off something smaller than the epic movie blockbusters.

The TV show can mix up comic book action and super powered guest stars, along with some more down-to-Earth espionage.  The major setpiece for SHIELD is the massive HeliCarrier, which, presumably, is still in existence after being used to film The Avengers, so really the sky is the limit with how this show spends its budget.

Of course, the shared cinematic continuity means it will be cool to see Chris Evans or Scarlet Johansson show up during sweeps week, but to me the most intriguing prospect for this series is how it can be used to introduce and prep other, smaller Marvel heroes (and smaller-name actors) into their own movie franchise.  The SHIELD show can introduce pretty much any hero or villain in the Marvel wheelhouse, and all they’ll need is that one new hero to really catch on, before they springboard them into their own movie.  It’s a great way to test the waters, getting a good idea for how an audience would respond to a specific character without dropping millions on the movie upfront, and I think this would help round out Marvel’s cinematic world on Earth, while the movies can continue going cosmic.

There’s a lot that’s up in the air right now… the show has been green lit for a pilot by ABC, but thus far that’s all– Joss Whedon will write and probably direct, along with his frequent collaborators Jed Whedon and Maurissa Tancharoen.  I have no lack of faith in Whedon to make this something amazing– his take on SHIELD in The Avengers set the perfect tone for what the weird, wild world of the super-spy organization should be.