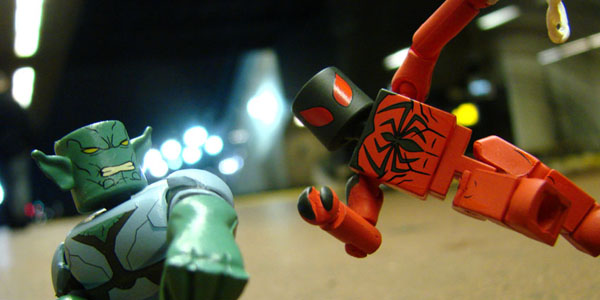 Diamond Select Toys recently released Series 3 of its Marvel Animated Minimates collection, the latest assortment in an exclusive mini-figure line only available at Walgreens stores. Now they’re ready to officially announce the next assortment in the line!

Series 4 will hit in Spring of 2017, and will include four different two-packs, each containing two 2-inch Minimates mini-figures. The assortment includes: 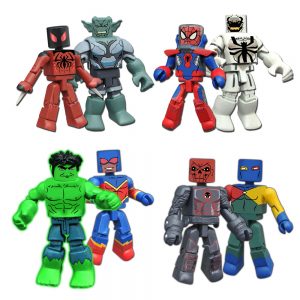 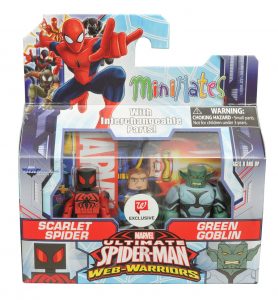 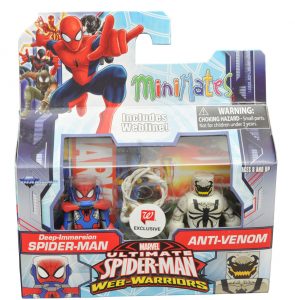 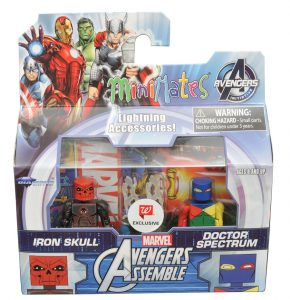 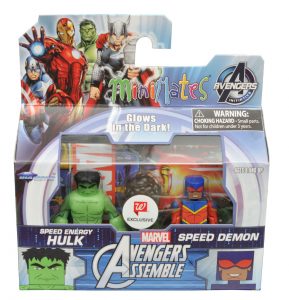 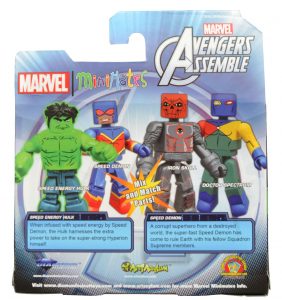 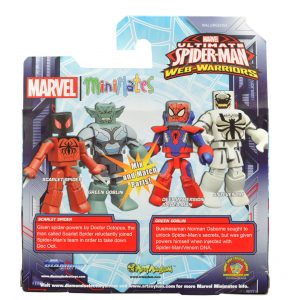 From Marvel’s Ultimate Spider-Man, Deep Immersion Spider-Man faces off with Anti-Venom! Spider-Man wears the suit he wears for underwater and outer space missions, with a removable dome helmet. 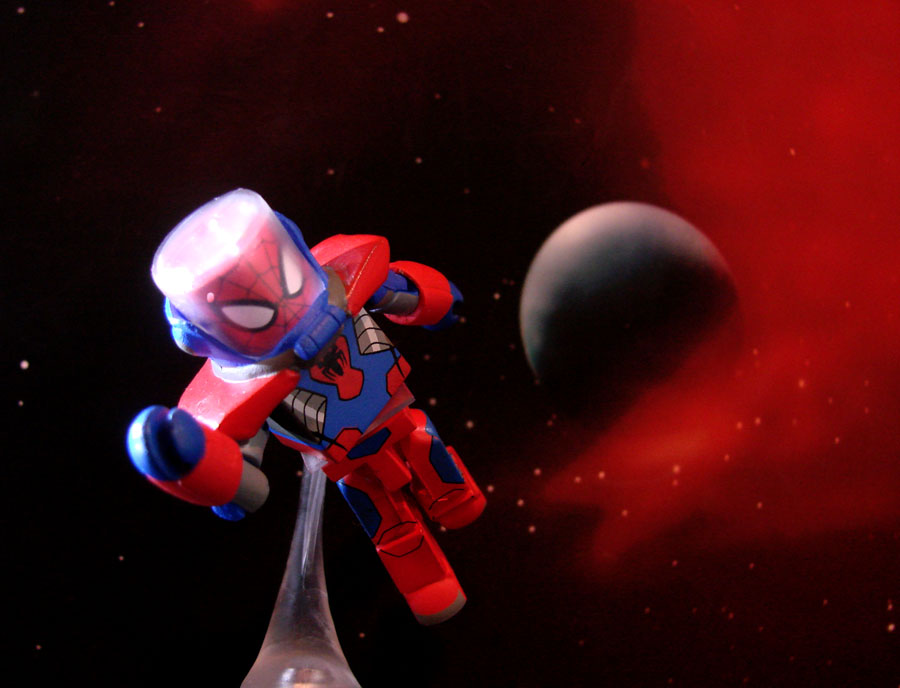 Also from Marvel’s Ultimate Spider-Man, the Scarlet Spider goes up against the Green Goblin! Spider-Man’s clone comes with a web line, plus two interchangeable hands with stingers extended. 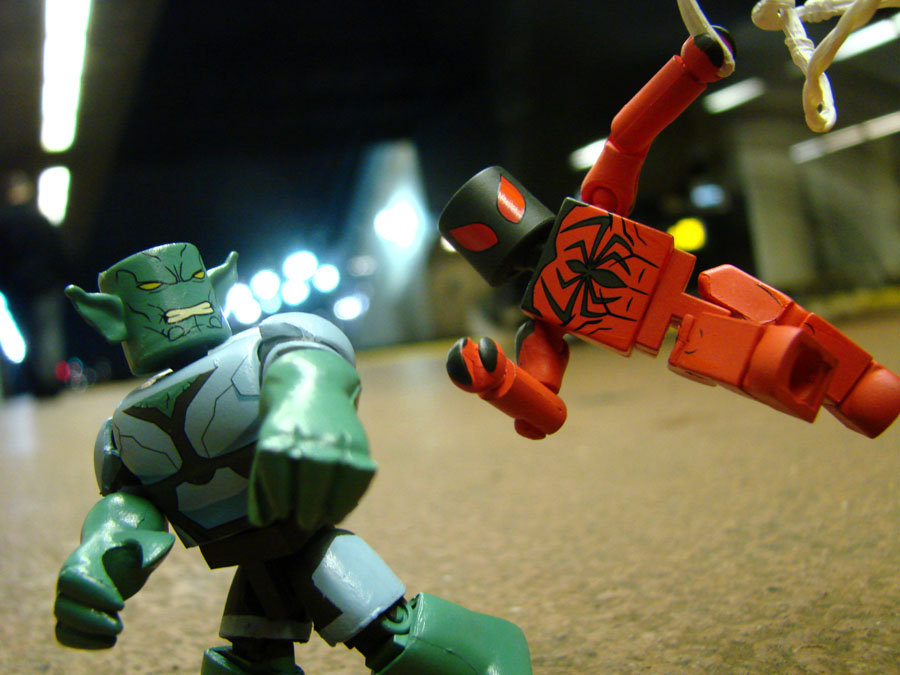 From Marvel’s Avengers Assemble, Speed Force Hulk chases down Speed Demon. This Hulk figure glows in the dark, to mimic the episode when he absorbed speed energy from the super-fast Squadron Supreme member. This is the first Marvel Minimate ever made of Speed Demon. 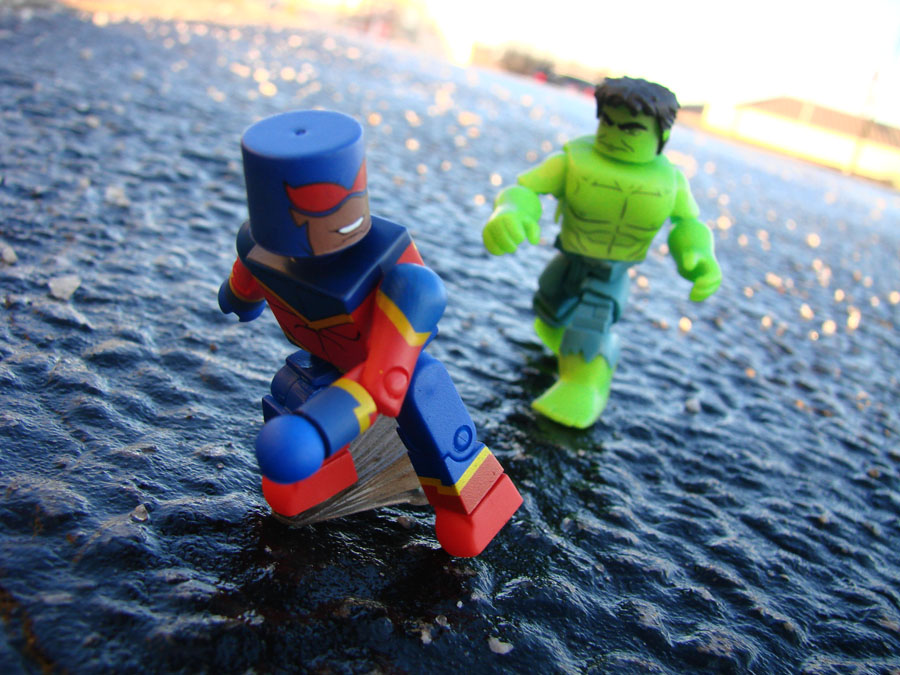 Also from Marvel’s Avengers Assemble, the Iron Skull (a.k.a. the Red Skull in stolen Iron Man armor) teams up with the last member of the Squadron Supreme, Doctor Spectrum. This is the first Marvel Minimate ever made of Doctor Spectrum! 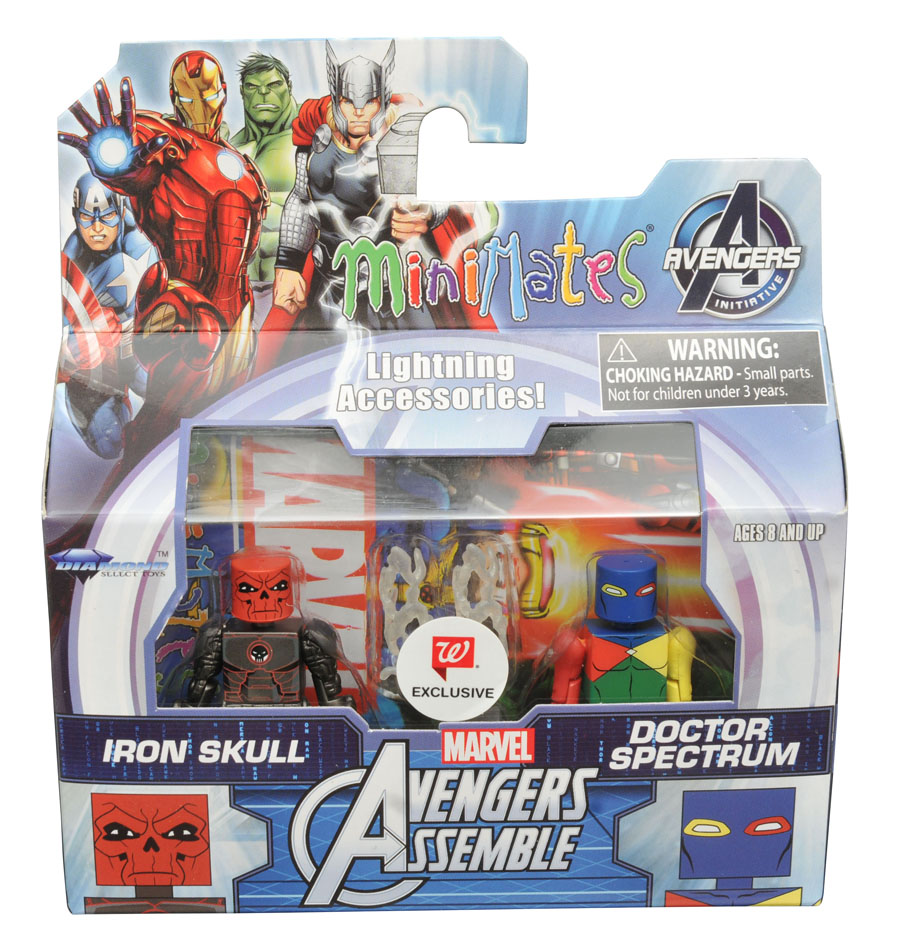 Look for Series 4 to arrive in all Walgreens stores in Spring 2017. Series 3 is shipping to stores now, with Jetpack Spider-Man and Squirrel Girl, Spider-Man Noir with Itsy-Bitsy Spider-Man, Captain America with Hyperion, and Ant-Man with the Falcon! Find your nearest store at Walgreens.com!