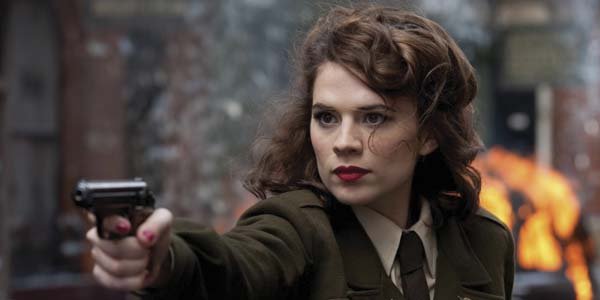 Peggy Carter, Captain America’s girlfriend and star of the remarkably good Marvel One-Shot Agent Carter, may have landed her next mission– a TV series on ABC!  While no official announcement has been made, the Agent Carter show seems to be well into development already, with the wonderful Hayley Atwell set to return as the intelligence operative.

The idea here seems to build upon the short film starring post-WWII Carter, as she gets in on the ground floor of the newly formed spy organization SHIELD.  To me, this idea for a show sounds way more interesting and exciting than the floundering Agents of SHIELD, and could offer to bring a richness to the history of the Marvel Universe in a way that Agents has yet to really figure out.

Actually, one theory making the rounds is that Agents will end as we know it after this season, and be morphed into/ replaced by Agent Carter next fall.  While I think there’s room for both shows on TV, I’d honestly be pretty okay with that swap.  Any way I get to see more of Atwell being a badass in the decidedly cool world of post-WWII secret agents, I will take, personally.  I’m excited!!