Marvel Gets Edgy with ‘Daredevil’ 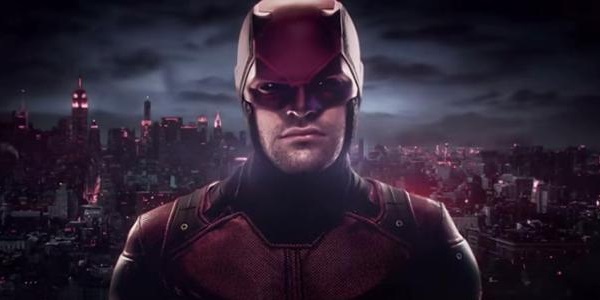 As an edgy new addition to the Marvel Universe, the new “Daredevil” merchandise program focuses on adults with a stylized interpretation of the property.

“Daredevil” debuted on Netflix in April and a second season has already been ordered for 2016. Product will begin arriving on shelves soon and carry through to next year.

To jumpstart the new program, DCP has collaborated with key licensees who will translate the gritty tone of the series into lines ready for retail. Mad Engine, C-Life, and Mighty Fine will introduce new apparel; Bioworld will debut hats and accessories; while Funko will roll out a line of collectibles; and CafePress will launch 116 different designs across a wide variety of different products. Other partners on board include Rubie’s Costumes, Silver Buffalo (travel mugs and wall art), and Trends International (posters).

Products will be sold in most major retailers, with a focus on specialty players such as Hot Topic, F.Y.E., Spencer’s and comic book stores.

“The overwhelmingly positive reaction from fans and critics alike has led to a huge demand for ‘Daredevil’ merchandising,” says Paul Gitter, senior vice president, licensing, Marvel, DCP. “While momentum for the series continues to build, we are working quickly to expand our robust licensing program that stays true to the tone of the series and allows fans cool ways to express their passion for ‘Daredevil.’”