Marvel Might Be Eyeing Johnny Depp For Dr. Strange 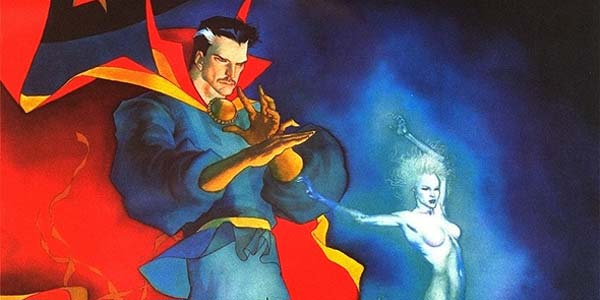 The latest Marvel casting rumor suggest they’ve landed a big fish for Dr. Strange… but do we want Johnny Depp running around in Marvel’s movie universe?

There has been, and will continue to be a flurry of Marvel casting news as the studio begins ramping up to Phase 3 after the Avengers sequel, and the latest rumor revolves around the Sorcerer Supreme, Dr. Strange, who we know will be one of the Phase 3 heroes.  And the word is Johnny Depp may be the man to don the cape.

I don’t know how I feel about this, but I kind of believe it.  Depp reportedly auditioned for the voice of Rocket Raccoon, so he seems to have an interest in joining this franchise.  And with Robert Downey Jr. most likely quietly retiring his Tony Stark after Avengers 3, Marvel may be looking for another BIG name to anchor their universe.

Depp is certainly a big name, but I’m not sure he’s the right name.  He’s starred in some of the biggest franchise blockbusters over the past decade, but none of them have been very good.  It seems like he would benefit from the pedigree of Marvel more than they would get anything from him.  I suppose with the right director attached, Depp’s tendency to commandeer a  character could be controlled… Despite his trippy, otherworldly environment, Strange himself really isn’t the whackadoo type Depp tends to play these days.  But I guess it could work if the actor was more the Rango straight man and less Captain Jack Sparrow.

As far as I’m concerned, Marvel hasn’t made a casting misstep yet (at least not when it comes to their leads), and as of now this is 100% just a rumor.  I’m curious to see how this one pans out, especially since Strange is one of the last few major heroes near and dear to my heart that I want to see on screen*.  Even if the Depp rumor is true, I certainly won’t write this project off until I see what Marvel has in store for the mystical hero.

*The other big ones are Ms. Marvel and Black Panther, BTW.  It’s about time we get some non-male, non-white heroes in the mighty Marvel movie mix!