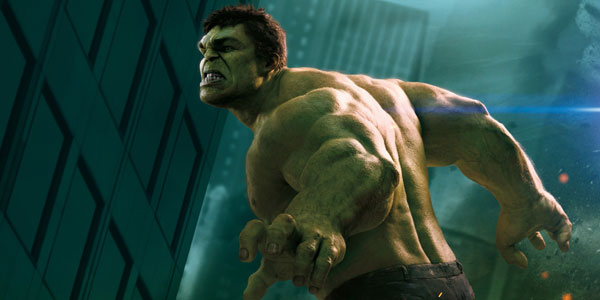 Will the third time be the charm for the Green Goliath?

Neither of the solo Hulk movies really connected as well as Marvel had hoped, but the brute became one of the breakout stars of The Avengers, which has apparently made Marvel reconsider the option of bringing Hulk back for another solo movie.  At least, that’s what Mark Ruffalo said to Digital Spy last week:

“I think they are, for the first time, entertaining the idea of it.  When we did The Avengers it was basically ‘No!’, and now there is some consideration for it.”

I think that’s kind of cool, especially with Ruffalo coming back.  I was actually just talking to our comic reviewer Travis about the difference between Ruffalo’s Bruce Banner and Edward Norton’s, and we agreed the big difference is their attitudes, and where they are in life.  Norton wasn’t bad, but he played Banner too early in his lifespan, when he was still trying to figure out all the Hulk stuff.  It made him come off kind of whiny and less engaging.

Ruffalo’s Banner is still struggling, but he’s starting to figure it all out.  His take on the character had a cool demeanor which made him way more fun to watch; he could still cut loose, sometimes against his will, but overall we see him having progressed in his attempt to control the beast.  I loved that, and I’m totally down to see him continue on that quest.

One of the rumors from a while back was a Planet Hulk movie… that still seems like a great way to connect the Guardians of the Galaxy closer into the Marvel universe proper… so maybe that’s what we’ll see?