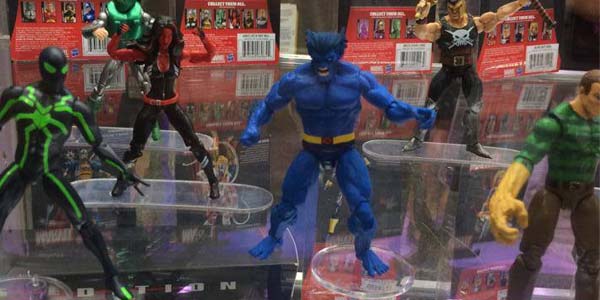 Here’s something exciting– Hasbro is continuing the 3.75″ scale Marvel Infinite figures!  Despite the series supposedly being dropped by Target, and limited retail availability for this year’s Avengers Infinite series, Hasbro has on display another wave’s worth of figures on the Comic Con floor.

The new figures include the oft-rumored Beast (in his 90s, blue furred look), Bishop, Sandman, Black Cat and Big Time Spider-Man were all on display, and it’s enough to compose a fairly robust new mix of figures– obviously WAY better than the Guardians of the Galaxy repack-heavy Series Four.

There will likely be more news about Hasbro’s plans for Marvel Infinite, Marvel Legends and lots more at their panel tomorrow, but in the meantime check out some quick pics of the latest additions to the 3.75″ Marvel universe! 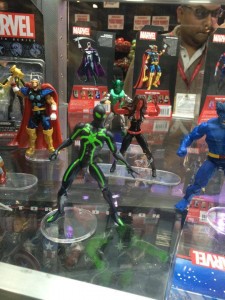 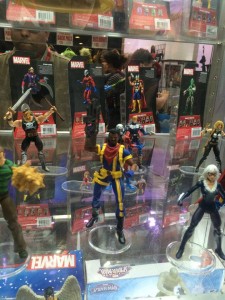 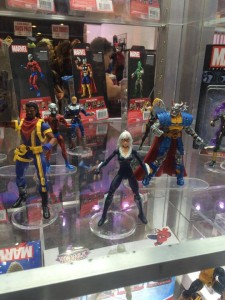 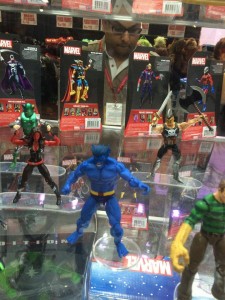 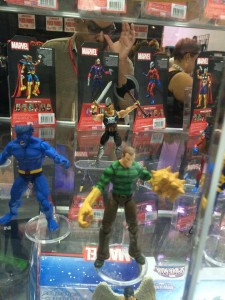 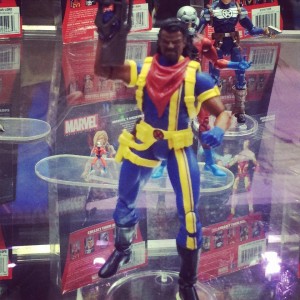 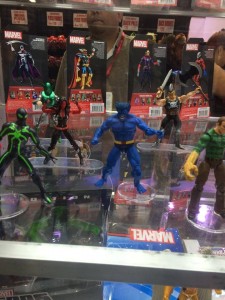