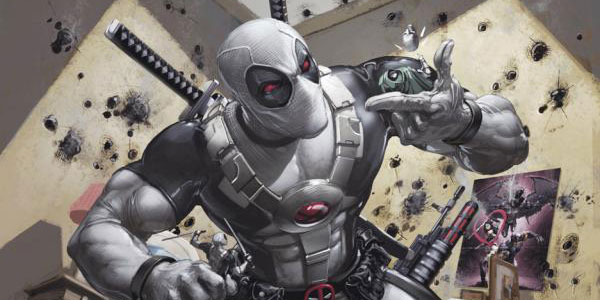 Yesterday marked Marvel’s Social Media Fan Appreciation Day, and amidst the celebration the comics giant took to Twitter and Facebook to begin revealing the third series of Hasbro’s Return of Marvel Legends series, courtesy of package art by artist Clayton Crain.  Take a look at the reveals so far!

The first reveal was one we already knew about, although we finally have confirmation– Blade and Punisher will be running change figures, packed under the name “Marvel’s Knights.” 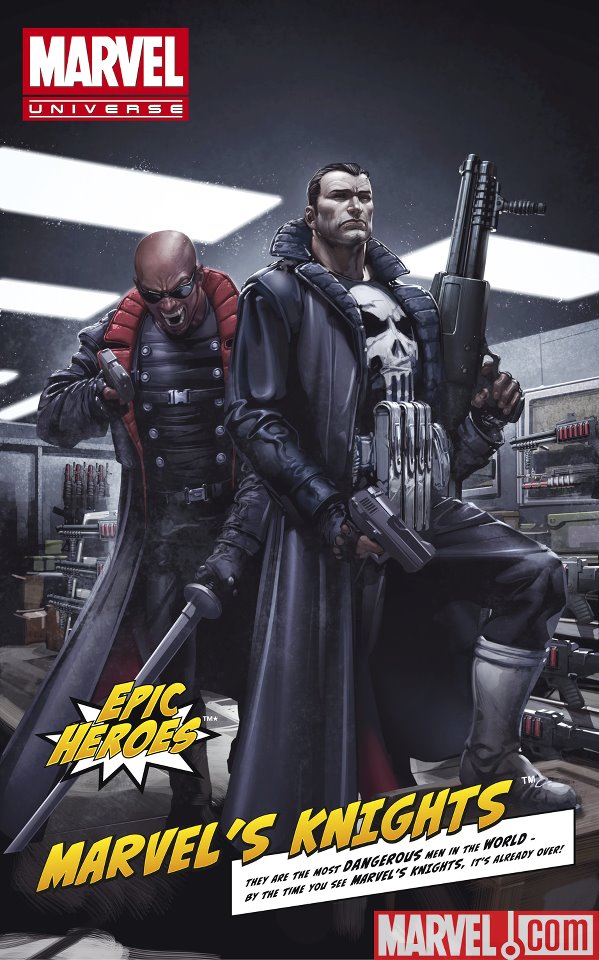 Not long after this reveal, Marvel’s Twitter posted the following message, giving us at least one new reveal for the series: 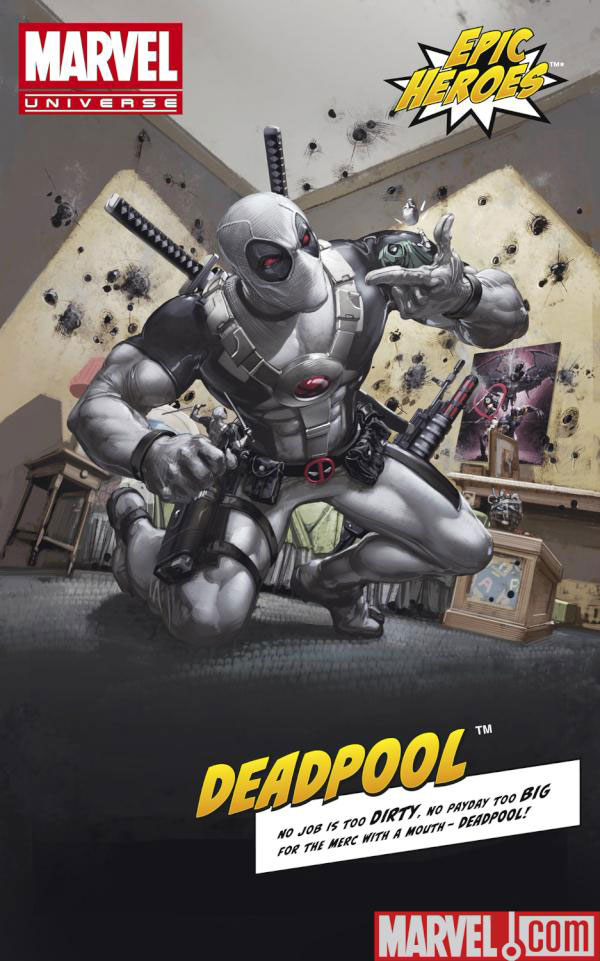 From the looks of the Wade picture, he’ll be a straight X-Force repaint of the Toys R Us 2-pack version from 2010, which is OK… I just kind of hope he’s the All-Star of the wave because I’m not sure I need a fourth Deadpool.

What’s more interesting about this image are the little details Crain added– I love that Deadpool is playing with a pair of action figures (one of which is himself), but the other one is Dr. Doom who has been rumored to have a remake underway. Also of note is the X-Force poster on the wall behind Wade. Notice that Psylocke is clearly circled in red… could this be a hint that Betty is also on deck for a modern redo?

Deadpool and Blade/ Punisher will be joined by US Agent, Moonstar and Mystique, with a few other names yet to be revealed.  It’s interesting to see these reveals come out through social media on the same day Mattel showcased the MOTUC Mekaneck through email to Club Eternia subscribers. Both strategies are awesome in that they favor the populist, information for everyone mentality, and I’d be far happier seeing this trend continue than hosting all product reveals at a specific site or publication.  It’s cool, it’s interactive… and I cannot wait for the next reveal.

Oh, and we also got a date for Legends Wave 3– look for them on shelves this September.

Here’s Marvel’s original ROML Wave 3 announcement, via their Facebook:
Exclusive news! Artist Clayton Crain has created the packaging artwork for Series 3 of Marvel Legends, due out in September! Get your first look at what he’s cooking up with this piece featuring the The Punisher and Blade!

We have more of Clayton Crain’s Marvel Legends art coming later today via Marvel on Twitter (http://www.twitter.com/marvel) and we’ll also give you the first look at many of these Legends in the coming weeks! Which is your favorite Marvel Legends figure?