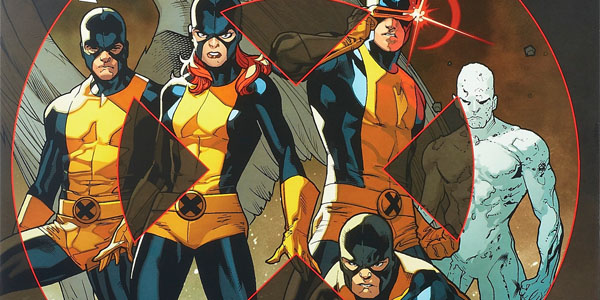 Hasbro’s Marvel Legends line is really on a roll in 2014, and the momentum just keeps building!  I’m sure we’ll see some totally great new Legends at Toy fair in a few weeks, but in the meantime we get another nice surprise– a new 5-pack box set featuring the original X-Men!

This Toys R Us exclusive set is scheduled to be released on or near February 1st, as a Toys R Us exclusive, and should fetch about $90 at retail.  But considering this set delivers all five original X-Men– Cyclops, Marvel Girl, Beast, Angel and Iceman– it should be totally worth the sticker price.

The set is based on Brian Michael Bendis’ All New X-Men run, but the costumes are certainly similar enough to the classic 60s uniforms that these can pass as the infinitely cooler First Class team instead.  I love the sculpted details like stitching on the masks, and Warren’s face in particular is perfection.  I kind of wish he and Cyke were using the recent Superior Spider-Man body, which would give more teenage-appropriate builds, but the Bucky base body is so great I don’t think I’d ever not want a new figure on it.

Beast appears to make good use of the Hyperion body, with new oversized hands and feet.  I love the new parts, although it seems odd that the acrobatic hero wouldn’t get any wrist articulation.  He looks great regardless, so as nice as it would be, I’m definitely still on board for the set.

There haven’t been any sightings in stores yet that I’ve heard of, and I guess the odd specificity of the release date means we won’t see it listed on ToysRUs.com until the first.  I love when a new toy is revealed out of the blue, and expected to be available within a matter of weeks.  I’m totally excited for this set, so I will certainly be stalking my local TRU’s in the coming weeks!  How about you? 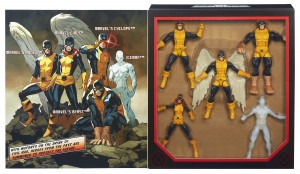 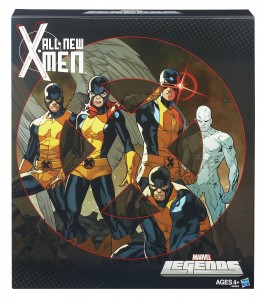