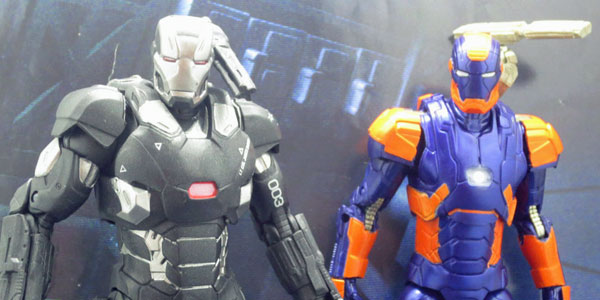 It’s time for the mid-year reset, and that means a whole lot of retailer exclusive toys being added to Hasbro’s Marvel Legends collection.  The latest Target release is a box set of new figures from the Marvel Cinematic Universe, specifically War Machine in his updated armor from Captain America: Civil War, and a fun little curveball, Iron-Man Three’s Mark [], affectionately referred to as the “Disco Armor.” 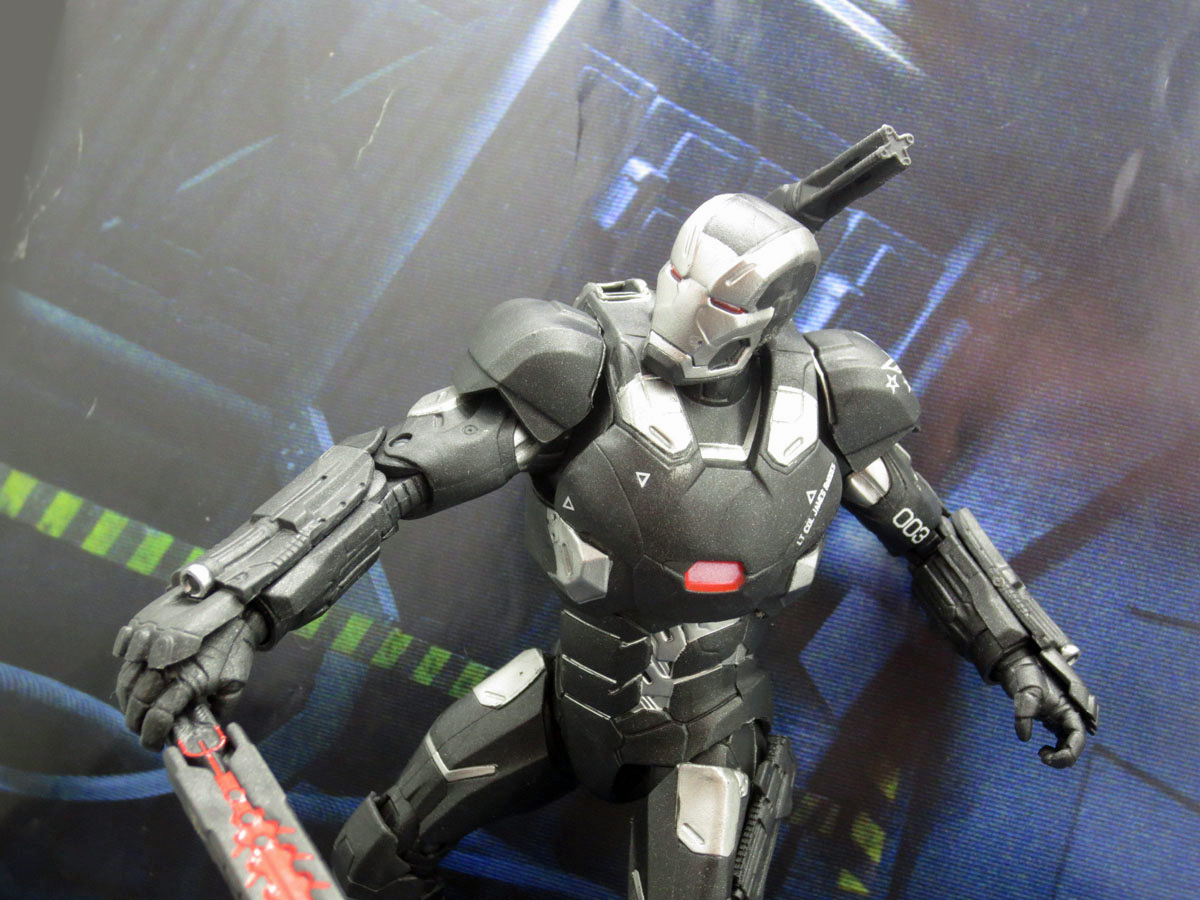 Both figures feature all new sculpts, and a wonderful attention to detail.  On the surface, War Machine might seem kind of dull– he’s another action figure in gunmetal grey and silver armor– but the design work and engineering on this figure makes all the difference.  Like the great Mk 46 Iron-Man from earlier this year, this is the bulkiest War Machine we’ve seen from Hasbro, proportioned to suggest there’s an actual human being inside this suit.  And his added features are great, and Rhodey includes his electro baton, as well as two alternate shoulder cannons that plug into his armor, and two folding weapons which can fit onto his thighs or the bottom of his gauntlets.   The modular approach to this figure’s gear is loads of fun, and despite his heft, War Machine still manages to sport an incredible range of motion in his articulation.

Speaking of fun, Disco Armor Iron-Man is another big winner.  What this suit lacks in screen time, it makes up for with its totally out-there color scheme, and Hasbro’s figure matches the metallic purple and high gloss orange tones perfectly.  Disco Iron-Man continues the design trend of heftier figures, again conveying the sense there’s a person inside, and the fun colors really make this guy pop amidst the ever-growing armory. 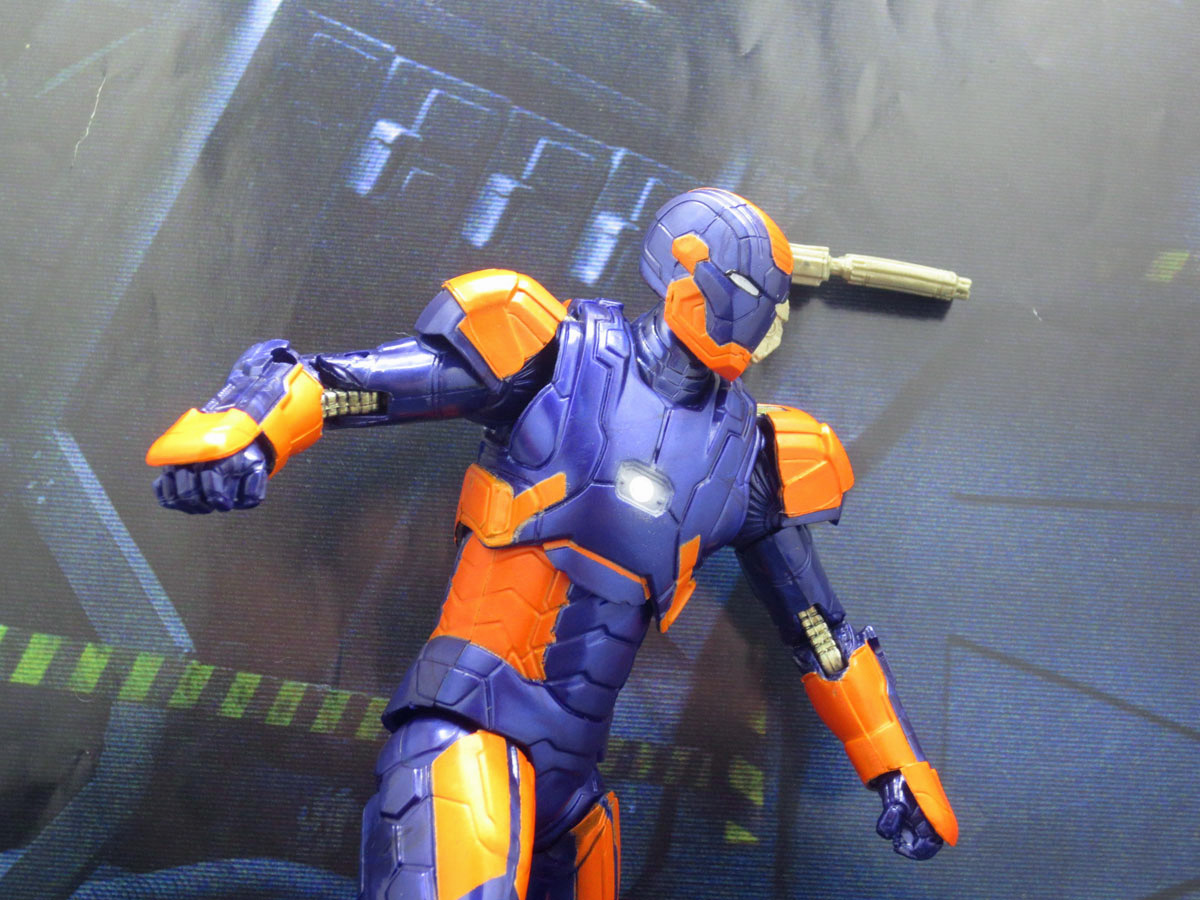 It probably would have made more sense to see another Civil War character fill this slot– Agent 13 and The Vision are both sorely absent from Hasbro’s 6″ line right now– but I like that Hasbro is still reaching into the past to resurface figures based on previous movies.  They have said for a while now their plan was to pepper in fun Iron-Man variant suits when they can, and the Disco Armor is a perfect example of doing this just right.

Look for the War Machine/ Iron-Man two-pack at Target stores now.  It’s part of the retailer’s fall mod reset, but if you don’t see it out on the shelf at your local store, ask an employees to search DCPI 087-06-4283 and see if anything shows up. 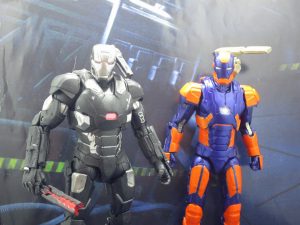 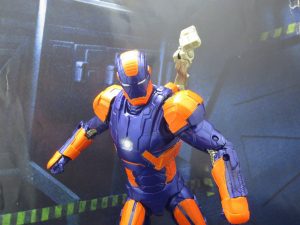 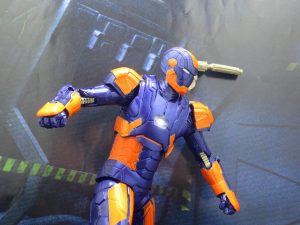 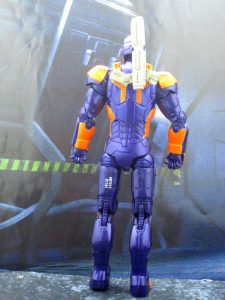 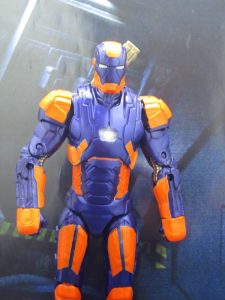 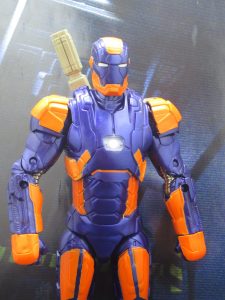 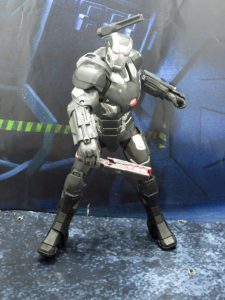 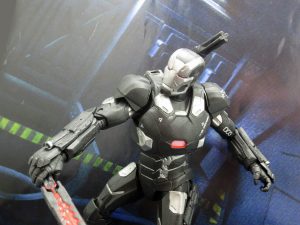 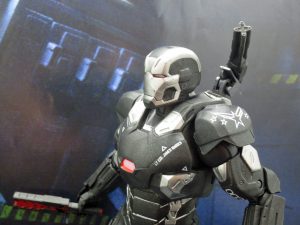 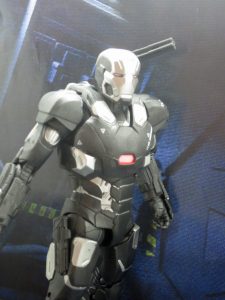 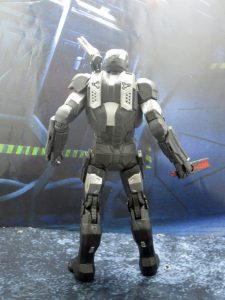 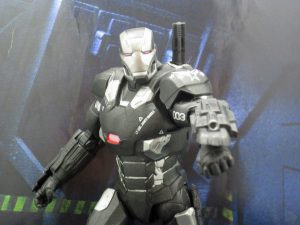 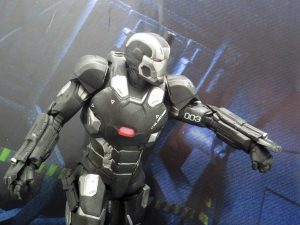 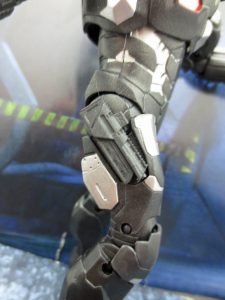 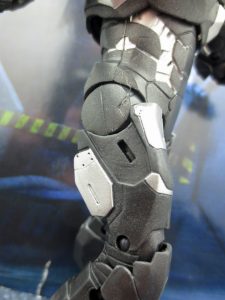 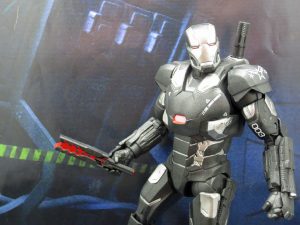 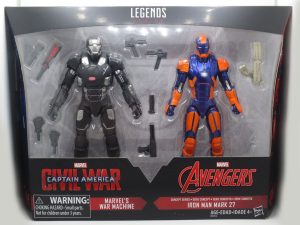 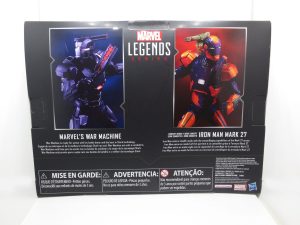 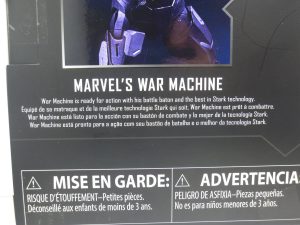 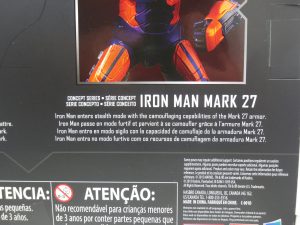