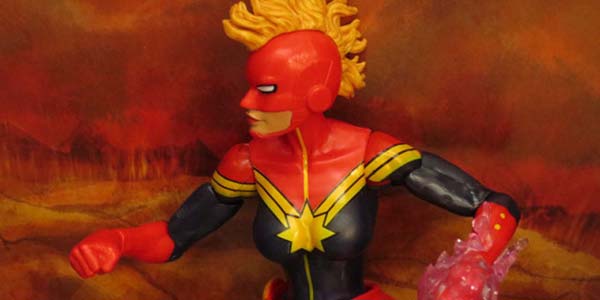 It’s amazing that, in the past few months, we’ve seen not one but TWO new action figures based on carol Danvers, long time Avenger and soon-to-be star of Marvel’s cinematic universe.  I would have been happy enough to only get an update of her classic Ms Marvel look (in last Fall’s Target exclusive three-pack)… but Hasbro wasn’t settling there.  And so, Carol’s current Captain Marvel costume makes its debut in the new series of Avengers Legends.

This figure is, in short, incredible.  Captain Marvel’s current costume is one of the strongest super hero designs in recent memory, with the yellow line work on top of the red and blue uniform, and it all comes brilliantly to life here.  The figure shares the same base body as Ms Marvel, and her all new portrait is very similar, establishing a great continuity between both toys– these are clearly both based on separate styles of the same character.

The good Captain is highly poseable– I adore the engineering on this Moonstone body– and she balances a very feminine appearance with some actual defined muscles that affirm her considerable strength.  The articulation is very useful in terms of both fighting or flying poses, both of which are essential to this character.  And while it’s not much, the soft rubber energy burst overlay that fits over Captain Marvel’s hand serves as a pretty cool accessory to add to her overall appeal.

What’s much, much cooler is the alternate heads.  Carol features both an unmasked head– sporting her short hairstyle as seen in recent comics– as well as a head with her Captain Marvel mask.  Each head can be easily swapped back and forth, and Marvel is one of the few characters where I still can’t tell which head I prefer.  The unmasked look is great, but the cool mohawk style hair on the masked version is totally cool… and the heavy outline around the white eyes of the mask lend this figure a very stylized, comic-accurate aesthetic.

As a long time fan of the character, I couldn’t be happier that Marvel has released both classic and modern versions of Carol Danvers… and that each figure is pretty much flawless.  Captain Marvel is going to be an increasingly important figure in the Marvel universe, and I’m glad to see Hasbro is laying the ground work early to establish her as an equally major player in the Marvel Legends toy line.

Speaking of major players, check back tomorrow for a look at Thor in his Marvel Now! costume, the latest version of the god of thunder coming at us from Hasbro! 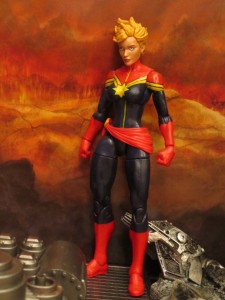 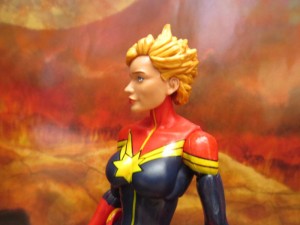 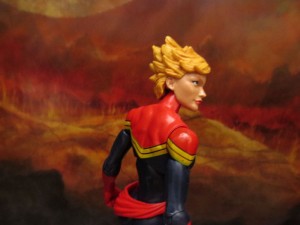 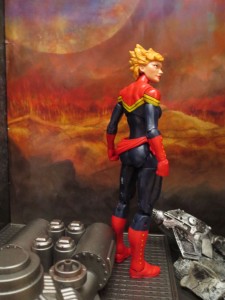 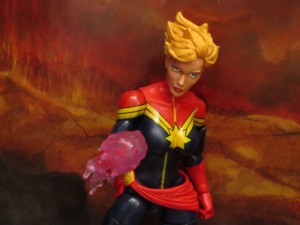 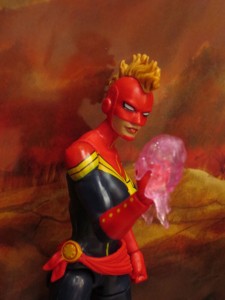 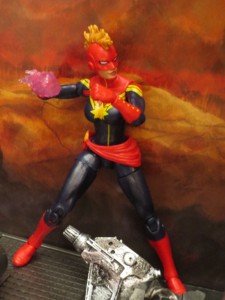 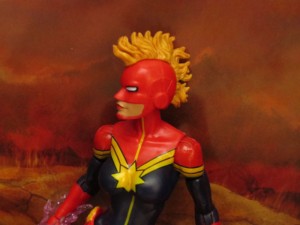 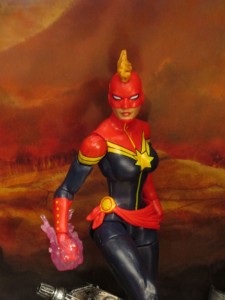 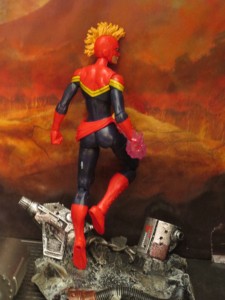 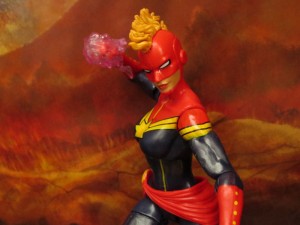 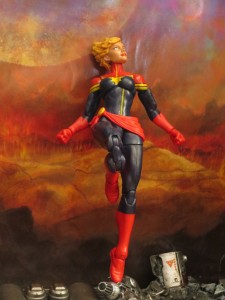 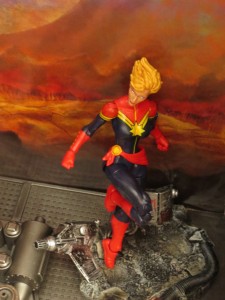 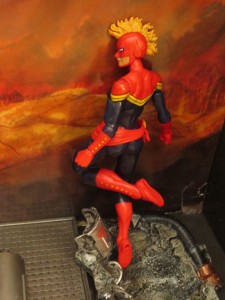 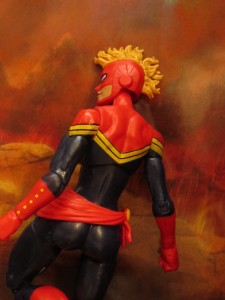 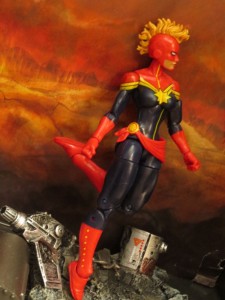 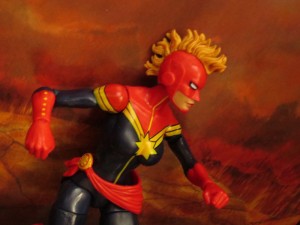 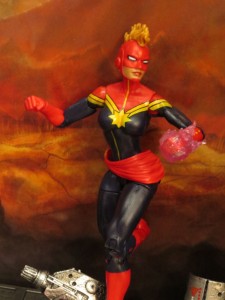 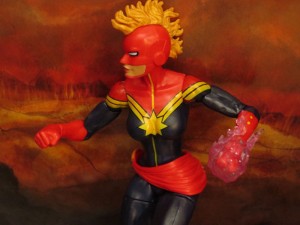 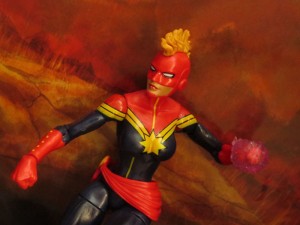 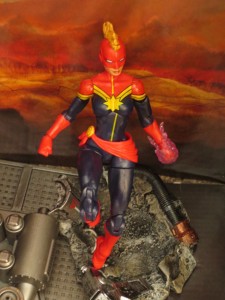 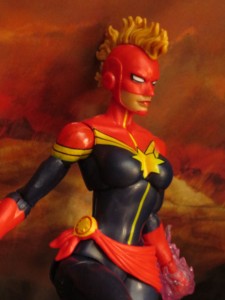 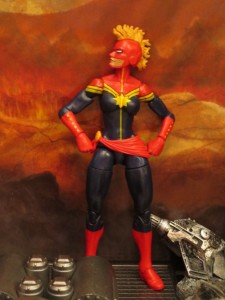 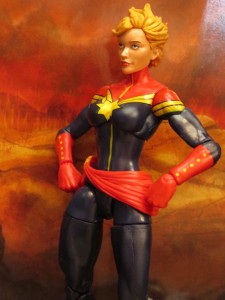