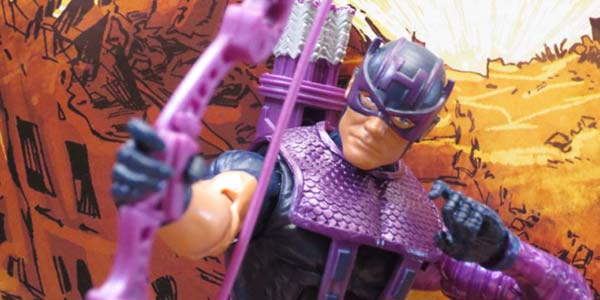 The Avengers’ master marksman gets a great new figure in Hasbro’s new series of Marvel Legends.

It’s 2015, and it’s another big year for Marvel movies, and once again Hasbro is releasing an impressive assortment of Marvel Legends action figures in support, starting with the first set of Avengers themed toys, available now.  The Allfather Series features some Avengers staples in their classic comic book looks, along with a number of much-needed character updates, and a few surprises… plus the very cool Build-A-Figure, who can be assembled as either Odin, the Allfather, or King Thor, depending on which parts you choose.

As we’ve seen in the past, this set of Legends is anchored by some top-tier characters, and this time out, one of them in Hawkeye.  The veteran Avenger is featured in his classic blue and purple uniform, and he’s a very nice upgrade from the Toy Biz figure that took on the same look years ago.

The blue and purple colors on this figure are dark but still eye catching, thanks in large part to the metallic finish on Clint Barton’s arm and chest armor.  The chest armor is particularly well done, a soft plastic overlay piece that connects to Hawkeye’s suspenders, belt and loincloth.  This piece fits well, while remaining thin enough to avoid excess bulk and pliable enough to not interfere with articulation.

Originally intended as a swap-out variant for the Marvel Now! Hawkeye from almost two years ago, so it makes sense he would come packed with the same bow and quiver backpack filled with arrows.  It’s great to finally have a home for this classic version of Hawkeye… and in fact, the delay was actually a benefit for the figure. The Marvel design team made clever reuse of the cybernetic arm from their movie Winter Soldier to add a great sense of texture to Hawkeye’s arm guard.

For its day, the Toy Biz Hawkeye was a great figure, but nearly ten years later, it’s great to see Hasbro revisit this most iconic look for our Avenging archer.  Hawkeye is a well done figure all around, and he’s a welcome change from the other “A-listers” we are used to seeing anchor new waves of Marvel Legends.

The Avengers Legends keep moving forward, and we’ll be taking a look at the Maidens of Might starting tomorrow.  Check back for a closer look at Captain Marvel and Scarlet Witch! 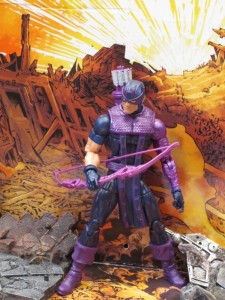 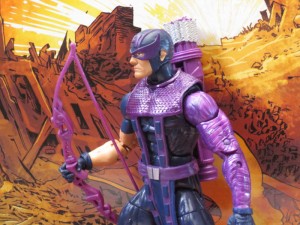 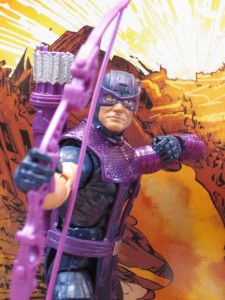 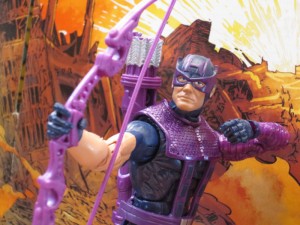 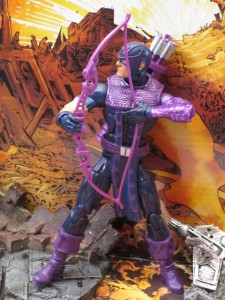 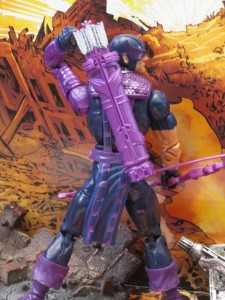 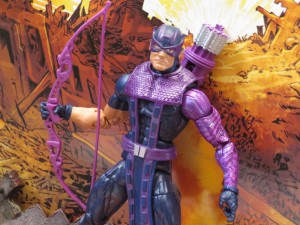 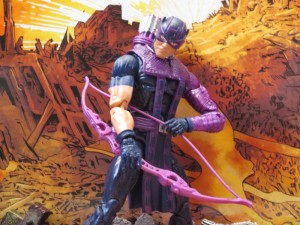 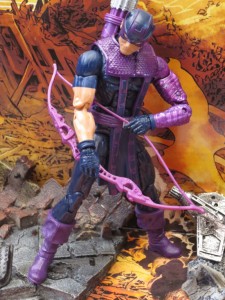 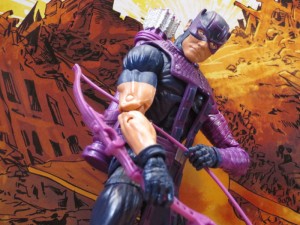 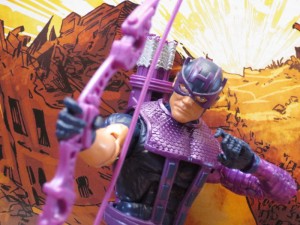 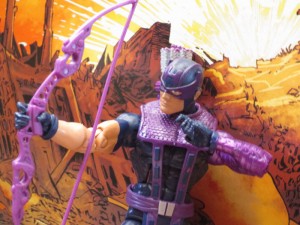