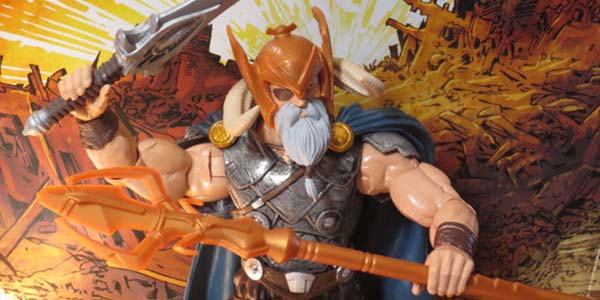 The latest Marvel Legends Build-A-Figure offers not one, but two Allfathers for the 6″ Marvel universe!

Of all the characters in the Thor universe, few have deserved the Marvel Legends treatment more than Odin, father of the god of thunder and Lord of Asgard.  But thankfully, the Allfather finally gets his due diligence as the Build-A-Figure in the first wave of Avengers Marvel Legends.  And while he may not be perfect, a nice sculpt and a novel parts-sharing feature makes Odin a welcome addition to the long-running collection.

I’m glad to see the Allfather become a reality using an all new sculpt, as this allows Odin to tower over most of his fellow denizens of the Marvel universe.  The all new headsculpt is wonderful, from the scowl on Odin’s face to the ram horns and fins on his golden helmet.  The rest of the figure is quite nicely sculpted, with a cool armor design that echoes Thor’s costume, with an added regal nature thanks to Odin’s billowing blue cape, robes and golden staff.

Odin features a nice amount of articulation, even if not all of it pans out perfectly.  The Allfather doesn’t exactly demand to be super-articulated, but the head’s sculpt really restricts the neck articulation, and the firmness of his robes limits what you can do with his legs, which leaves him kind of stiff and static.

There is some nice paint work on the figure, especially a black wash that adds a great sense of weathered realism to his armor.  Whether you feel this tarnish makes sense for Odin is debatable– I always thought of him as remaining spotless and shiny, like a total baller, even in the midst of battle– but the stylistic choice here is for a very fun reason.

See, Odin is referred to as The Allfather on the packaging for a reason… your Allfather doesn’t HAVE to be Odin.  The “swap” figures in this series, Machine Man and Captain Marvel, each include alternate Build-A-Figure parts which can be used to create the aged, one-armed King Thor Allfather instead of his dad Odin!

King Thor gets his own all new headsculpt, which looks great, and remains very reminiscent to the younger Thor figure in this very same wave of figures.  Thor also features a very cool alternate left arm, which he lost and had replaced by a piece from the Destroyer armor.  The plating of this piece and the heavy black wash make it look like King Thor has certainly seen some stuff, and I really dig the look.

In truth, the colors of the shared parts– the torso and legs– feel like a better fit for the more weathered, haggard King Thor than they do Odin.  I’ve seen lots of collectors repainting their Odin to a more eye-catching gold color, to match his helmet and staff, and the results can look pretty cool.  I may paint my Odin, as well, but even in his factory-painted version, Odin is exactly the big, bad boss he should be.  Odin is most definitely the coolest Build-A-Figure we’ve seen in a while from Hasbro’s Marvel Legends, and one that fills a truly important empty space in the series.

But the question is– is Odin worth picking up the entire wave of Avengers figures to assemble?  We’re breaking down the entire series this week, so check back later today as we kick things off with Hawkeye, one of the biggest heroes in this series. 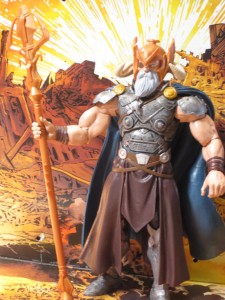 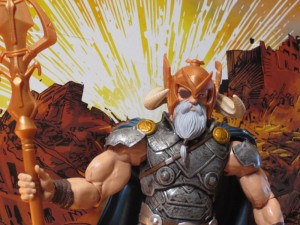 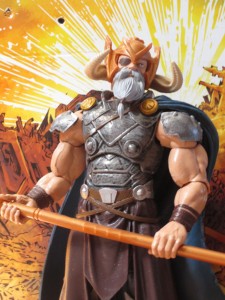 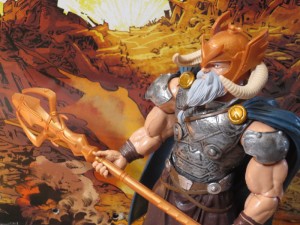 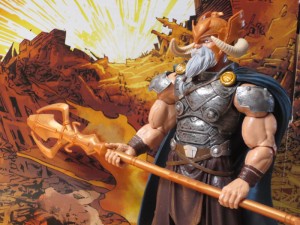 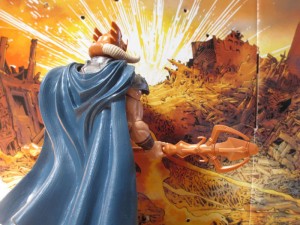 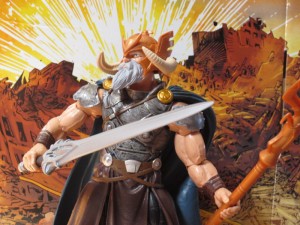 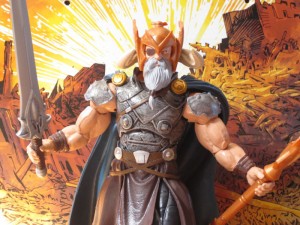 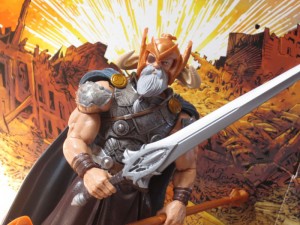 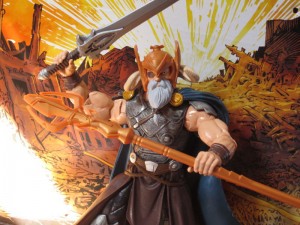 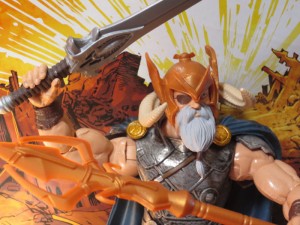 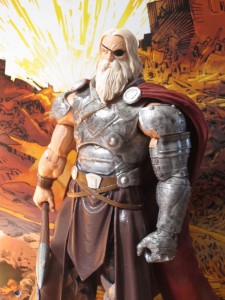 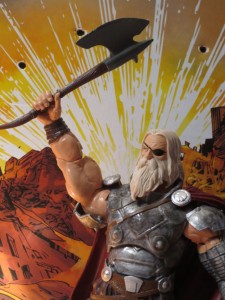 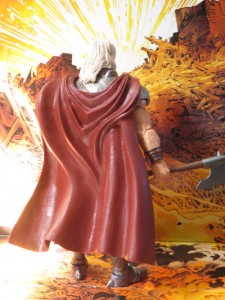 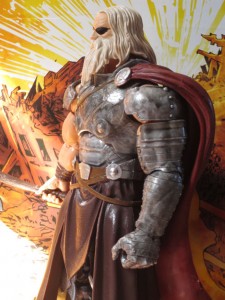 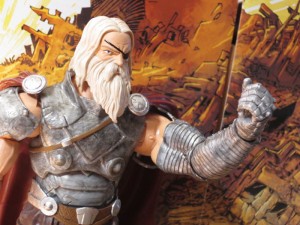 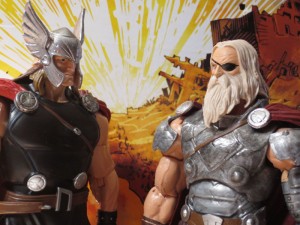 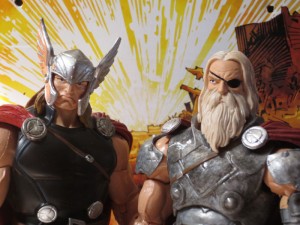 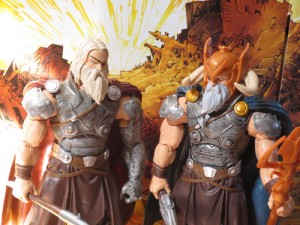 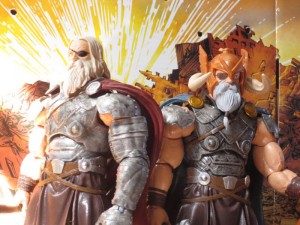