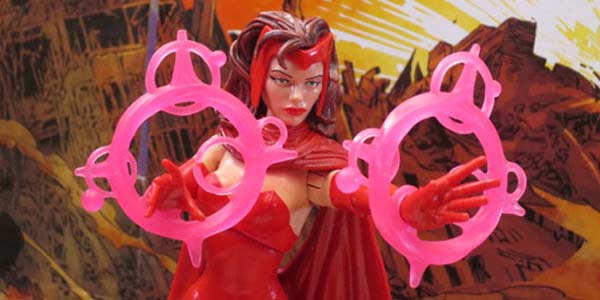 There has only been one Scarlet Witch figure in the history of Marvel Legends thus far, and she earned a fast and long lasting reputation as one of the worst figures ever made in the Toy Biz era.  Thankfully, Hasbro’s new update is a complete 180 turn from that disappointing toy… along with her fellow “Maiden of Might” Captain Marvel, the new Scarlet Witch is one of the best figures– female or otherwise– in the history of Marvel Legends.

Wanda Maximoff is a long-time member of the Avengers roster, and I’m glad that she is finally fairly represented in the Marvel Legends lineup.  Her new figure is great, featuring a slight update on her classic red and pink costume, an excellent all new cape, and a stunning all new portrait that feels like the perfect fit for the character.

Using the recent Medusa body, Scarlet Witch features a healthy amount of articulation, and she can strike a number of very cool attack or spellcasting poses.  Her open hands with spread fingers work very well to capture her magical poses from the comics, and this is helped greatly by her magic effects, a pair of energy projections cast in semi-translucent pink plastic, which clip around her wrists to orbit her hands.  The effect is totally cool, making it seem as if Wanda stepped directly off the pages of the book and into real life.

As I said before, the new head for this figure is outstanding.  The sculpt captures Wanda’s beauty, along with a focused and regal expression which befits the daughter of Magneto.  She sports her angular headdress, which holds back her incredibly well sculpted hair, which flows in various directions offering a great sense of motion and energy in the sculpt.

The one drawback of this figure is the choice to give her high heeled shoes.  While it works well enough for the character, the height of the heels leaves Wanda kind of tall next to her fellow Avengers, and also makes it difficult for her to stay balanced.  The weight of her head and the cape also work against the loss of balance we get with these heels, and the end result means that, as great as she looks, the Scarlet Witch is not quite the master of standing straight.  Had the cape been just an inch longer, it could rest on the ground and help support her… but as it is now, the piece simply adds more weight to affect the figure’s balance.

With a little patience (or a display stand) this issue can be addressed, leaving us with a virtually perfect Scarlet Witch figure.  It’s sad that such an important, core member of the Avengers took so long to be included in the Marvel Legends canon, but I guess good things come to those who wait… and this Scarlet Witch figure is about as good as they come!

We’re not done yet!  Scarlet Witch is joined by another incredible female Avenger in this series.  Check back later today as we shine the spotlight on the incredible Captain Marvel! 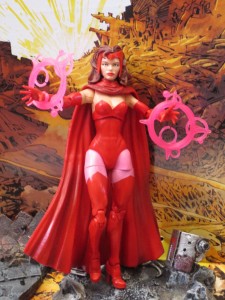 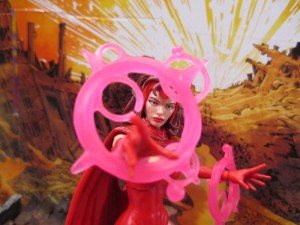 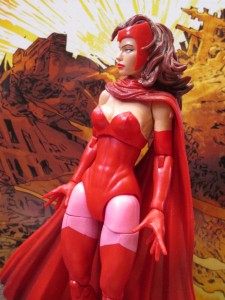 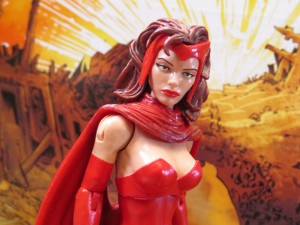 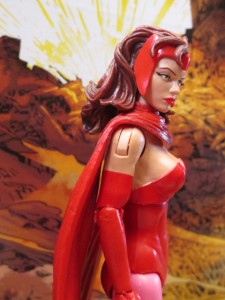 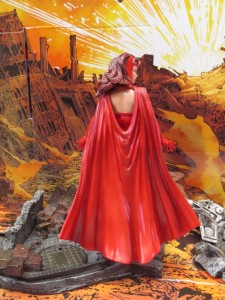 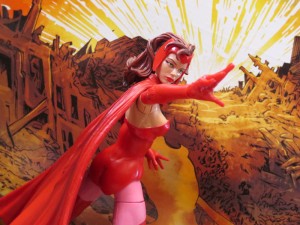 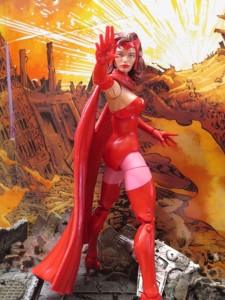 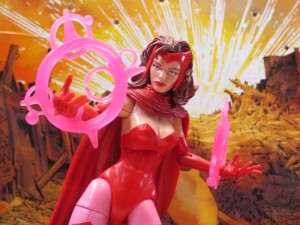 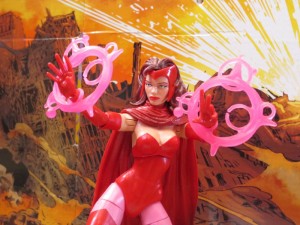 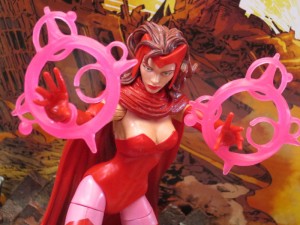 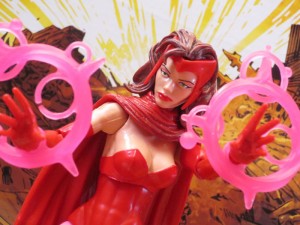 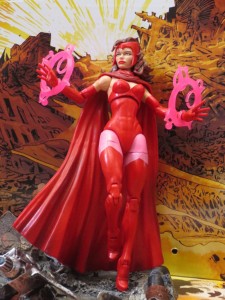 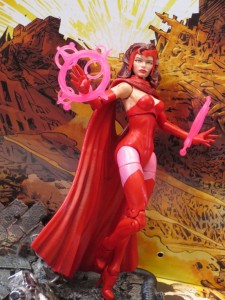 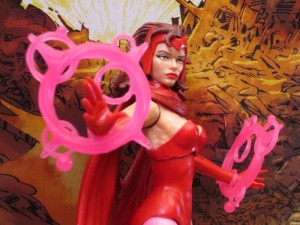 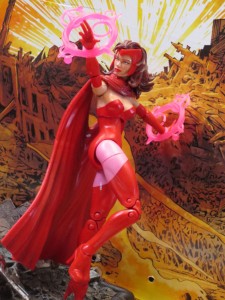 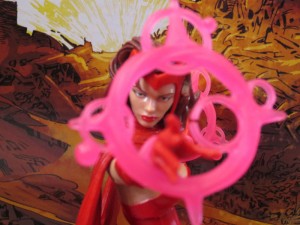 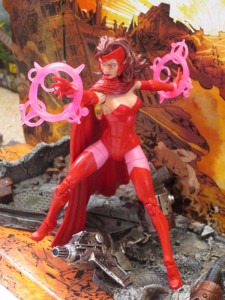 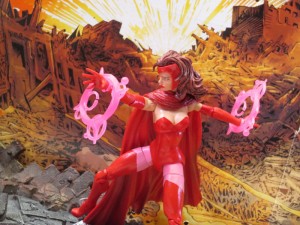 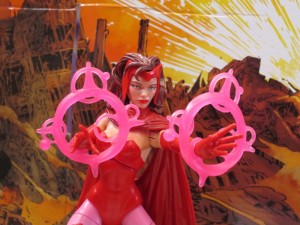 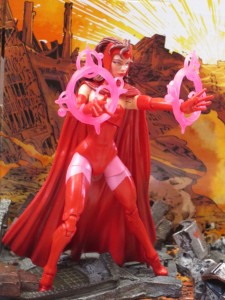 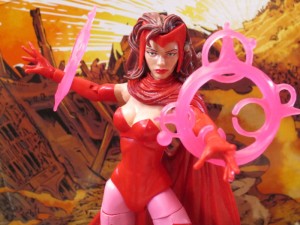 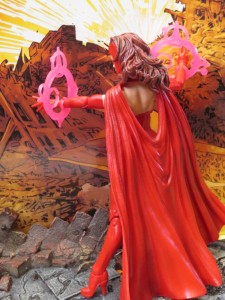 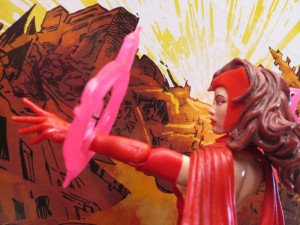