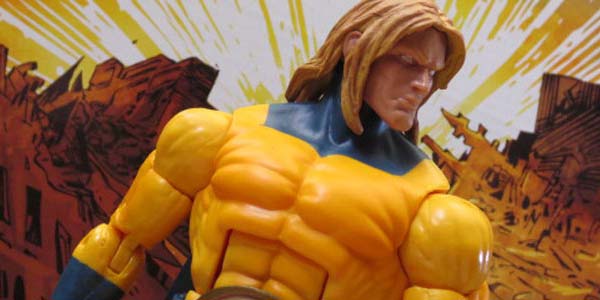 One of the most powerful beings in the Marvel universe gets a much-needed update in the Legends lineup.

Toy Biz released two versions of Sentry late in their run of Marvel Legends figures, and they were pretty okay for what they were.  But the then-new character was still finding his footing at the time, and in the years since has been re-imagined as a bigger, stockier and more burly anti-hero… so he certainly needed an action figure update.

Hasbro has been trying to address this for some time now.  They were set to release their new, improved Sentry a while ago, as a variant figure for the last mass release wave of Return of Marvel Legends figures… but those variants never made it to retail at that time.  Sentry sat in limbo for a time, but now he’s found a new home amidst the Avengers Legends collection, and in my opinion he was worth the wait.

The new Sentry is much bigger and more massive than his Toy Biz counterpart, mirroring the character as he appeared in the New Avengers and Dark Avengers series.  The increasingly common “Hasbro scowl” on Sentry’s portrait actually works very well for the conflicted character, and couples nicely with his wind-swept long hair and glowing white eyes.  This is one angry-looking super powered being, belying the classic look of his yellow and blue costume perfectly.

I love the Sabertooth body– it features a great heft for big characters, while retaining lots of useful articulation and some nicely sculpted musculature.  Sentry definitely benefits from using this body, leaving him with the look of one anti-hero you would NOT went to mess with.

While his costume is simple, Sentry features a yellow-orange airbrush deco which adds some depth to his mighty muscles and breaks up the monochromatic look nicely.  Hasbro has certainly perfected their use of washes and paint overlays in these latest Marvel Legends… these figures really come to life thanks to this sort of subtle and incredibly effective paint work!

What we have here is a great looking figure, of a character who played a major role in the Avengers books for a few years.  So Sentry has definitely earned his spot in this series, and he’s pretty good, except for one big issue… the cape.  For some reason, the Marvel design team opted to only sculpt half of Sentry’s cape, relying on paint work to represent the upper portion and the collar that rests over Sentry’s shoulders.

This decision helps to keep the figure’s silhouette smooth, but it comes at the cost of awkwardness with posing the figure, or even keeping the cape on him at all.  The cape is heavy, and is suspended by only one peg, which plugs into Sentry’s back just below the shoulders.  While the peg stays in well enough, the cape itself tends to swivel from side to side easily, which throws off the look and balance of the figure.  And while this choice doesn’t add any bulk to Sentry’s shoulders, the cut-off point where the sculpted plastic cape meets the flat paint on his back is incredibly odd looking.

The weird cape choice is bad, but for me it’s not a dealbreaker.  Maybe it would be if I had more allegiance to the character, but Sentry is kind of low stakes for me, and I think his updated figure works much more than he doesn’t.  It’s very cool that Hasbro successfully found a home for yet another of their long-lost variant figures, and the fact that Sentry also includes a piece to help form Odin the Allfather makes him an even more appealing addition to the Marvel Legends collection.

Sentry is one of the Avenging Allies, sharing a “swap” spot with Machine Man.  Check back later today as we feature the most surprising character in this new Legendary lineup from Hasbro! 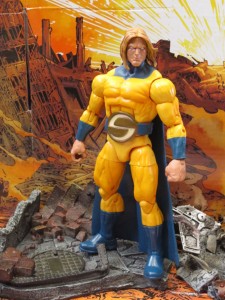 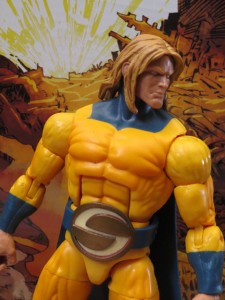 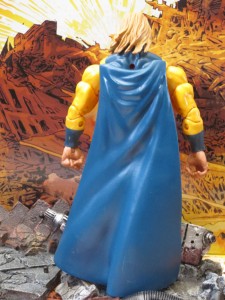 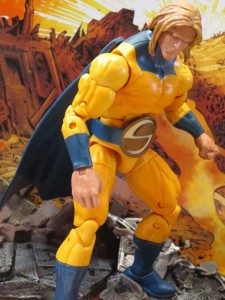 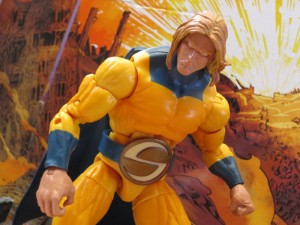 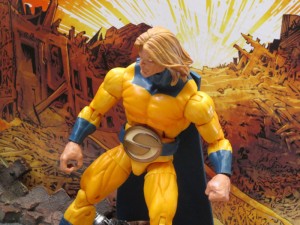 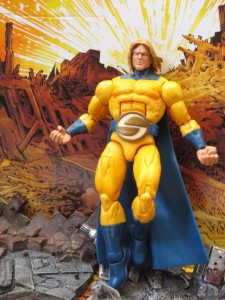 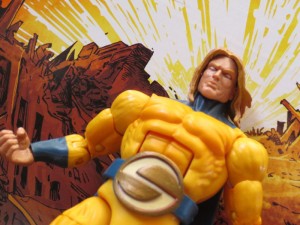 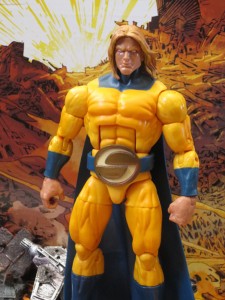 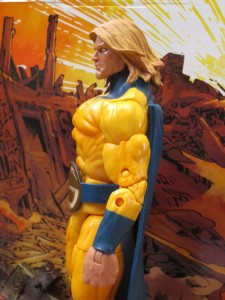 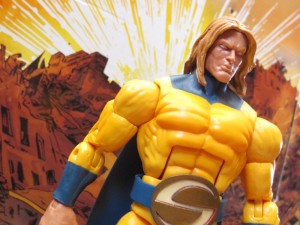 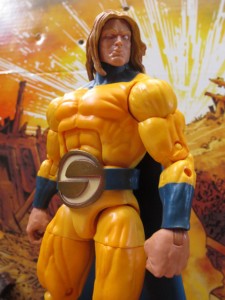