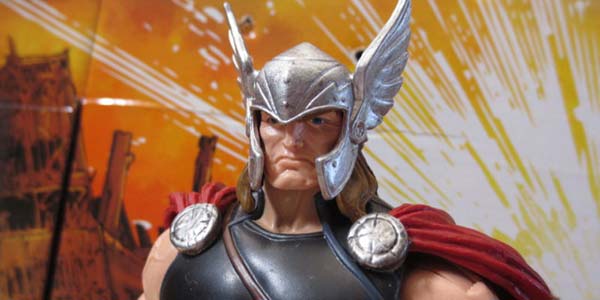 The god of thunder gets a costume update in the latest series of Marvel Legends.

Hasbro has been slowly peppering Marvel Now! costume updates for many of Marvel’s biggest heroes, and the latest is Thor, part of the Allfather Series of Marvel Legends.  Thor is a solid enough figure, and while he may not be the most exciting figure in the wave– or even the most exciting action figure base don this look for the character– he’s still worth a look.

Let’s start with what’s good.  The new Thor actually makes smart use of recycled parts from the Return of Marvel Legends version.  The torso and legs on the Now! Thor are straight repaints, which makes sense considering the aesthetic of Thor’s latest costume.  It also means this new Thor is really big and bulky and has a definite heft to him, which is only fitting for the Odinson.

Thor gets all new bare arms, complete with studded bracelets, a new cape and a new head with his current style helmet.  Thor’s only accessory is his ever-present hammer, an all new sculpt which sports a great paint job.  The shiny silver offsets perfectly with the black wash, which seeps into each chip, crack and dent in the meticulous sculpt of the battle-worn Mjolnir.

I actually wish the Thor figure received the same level of detail in his paint work.  While his red cape has some nice shading that accentuates the threadbare texture, the rest of the figure feels pretty flat and a bit too bright.  The silver of Thor’s armor looks weird when it’s this shiny and crisp… a dark wash to weather up these areas would have gone a long way.

Overall, Thor’s not a bad figure, but he’s far from the most exciting thing going on in this wave of figures.  I appreciate that we get another big, heavy take on the character, and he’s well done for what he is (despite how similar he is to the previous Thor for those of us that own him).  But he comes packed with a Build-A-Figure piece for his dad Odin, making this Thor kind of a must-buy all the same.

Now that our heavy hitters are out of the way, we can take a look at some of the more exciting stuff Hasbro threw in the mix for this series.  Come back tomorrow as we continue our Marvel Legends spotlight with a look at the brand new Iron Fist! 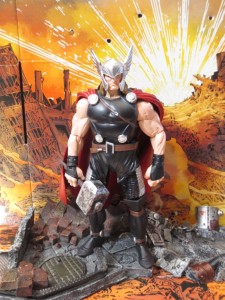 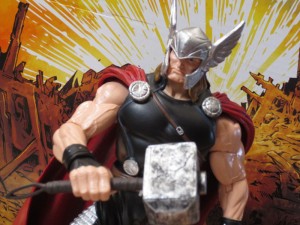 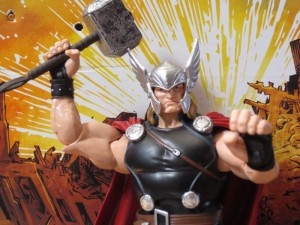 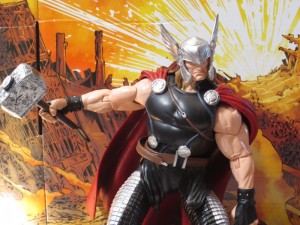 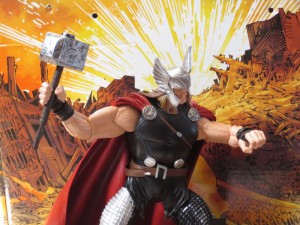 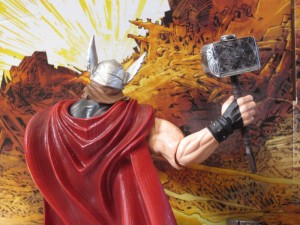 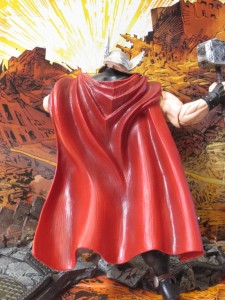 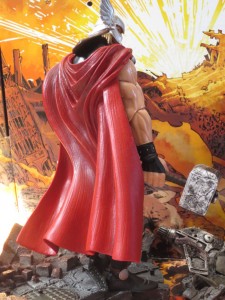 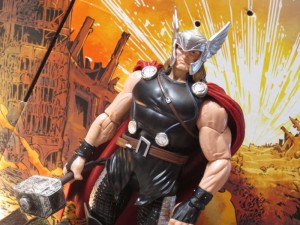