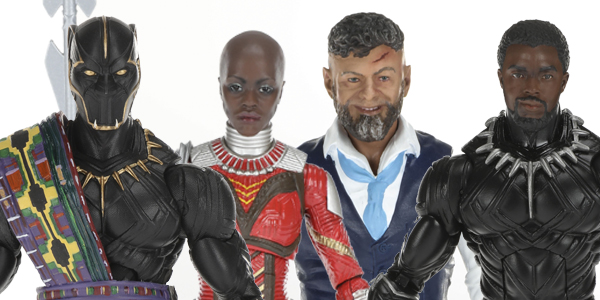 As far as I’m concerned, the most exciting thing the Marvel team at Hasbro has going for them are their outstanding Marvel Cinematic Universe toys, which have been improving in terms of sculpt, detail, and overall quality with literally every new series. The Black Panther Legends were a highlight earlier this year, despite some problematic selections in terms of the comic characters thrown in the mix… and now we have confirmation that a second wave of Legends based on the smash hit movie will be hitting stores this December.

Unlike the movie/ comic mix we saw in the first wave, this new set is dedicated entirely to characters from the Marvel Studios film, and includes the following figures:

First off, wow! This is a great lineup!! Between this and the Shuri figure Hasbro has been teasing, virtually every major player from the movie will be included in the toy line, which is always a good thing. Second, the figures look incredible, every last one of them. The sculpts are outstanding, whether it’s all new elements like Klaue’s weird gun arm or T’Chaka’s beautifully rendered robes, or corrected pieces like the amazing new portrait of Chadwick Boseman, and what appears to be new, properly scaled arms on the two Panther figures.

Mostly what makes me feel great about this assortment is, unlike wave one, nobody seems gunshy about stuffing this wave with awesome black characters. Literally, there’s only one white dude in this assortment, and it’s going to be available at retail stores everywhere this holiday season. Considering the unfortunate conservative slant that’s existed in the toy world for decades, this sort of representation is huge, and I commend Hasbro for doing it.

I do wish instead of unmasked T’Challa Hasbro had opted for the King in his Challenge Day attire… and I hope the Dora Milaje figure is double packed to make her easier to army build… but man oh man, this is a great wave of toys. I cannot wait for December!

Here are promo images from Hasbro. Check back soon for more photos of these and more Marvel Legends from San Diego Comic Con! 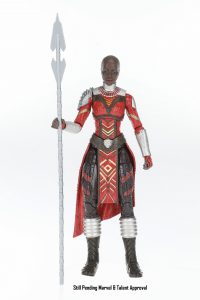 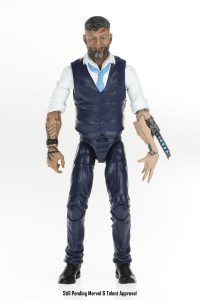 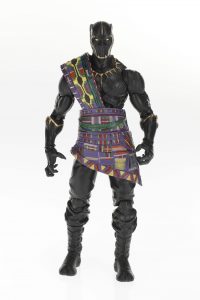 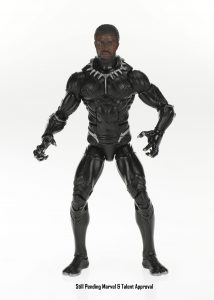 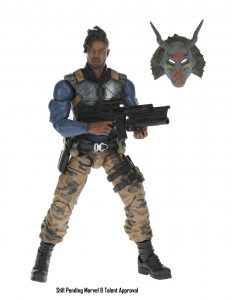 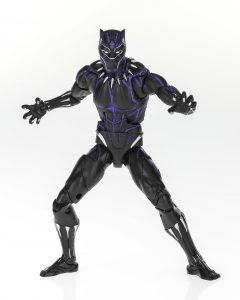 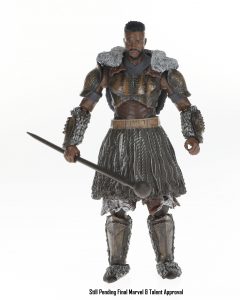