Is This The Marvel Legends Comic Con 2016 Exclusive? 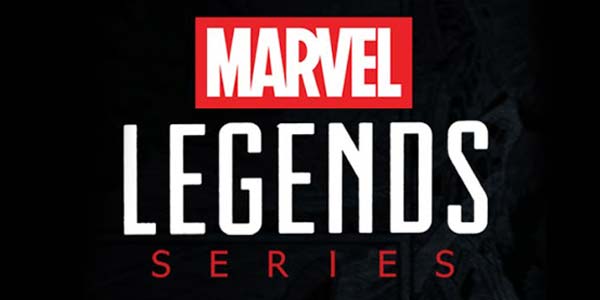 Legit or not, exclusive or otherwise… this set is AWESOME.

Hasbro has been decidedly slow about revealing their San Diego Comic Con exclusive this year, but now it seems someone may have let the cat out of the bag in regards to this year’s Marvel Legends set.  The Marvel Legends Facebook fan page shared a photograph of a six-figure box set– all villains– complete with a very Raft-like theme to the packaging.  Included in this set are what appears to be Abomination, Enchantress, Dreadknight, a McFarlane/ Bagley-style Spider Man, the Purple Man, and a fully transformed Sandman… all sporting their most iconic comic book designs:

As if to add a sense of legitimacy, the pic also spotlights a familiar purple-topped Hasbro shipping box which reads “MVL SDCC 6 INCH LEGENDS FIGURE.”  Keep in mind, nothing about this set has been confirmed by Hasbro as of this writing… but I have two thoughts, which I’m sure many of you will agree on.

2.) If this is legit, it’s going to make a LOT of Legends collectors happy.  Enchantress and Dreadknight have been on virtually every Legends wishlist for over a decade, Killgrave is a smart retool who will fit in well with the Hell’s Kitchen heroes of the collection, and Abomination and Sandman haven’t seen releases this promising since the Toy Biz days.

I’d think this potential leak would motivate Hasbro to release some nice, pretty, hi res photos of their Marvel exclusives sooner than later, but then again, I thought the same thing after the 3.75″ Collector/ Howard the Duck set surfaced online weeks ago, and… still no official word on the status of that set.

And so I will wait with bated breath, and I’m sure many of you are doing the same.  Because this might be the BEST Marvel Legends exclusive of all time.  It’s simply awesome.  Like, makes me terrified that I might die before I get one kinda awesome.

We’ll keep you posted as more news comes in.