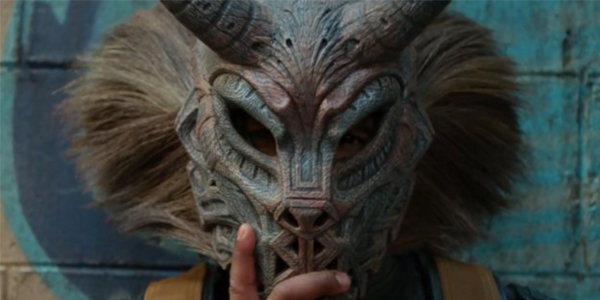 A trio of mystery items were hidden in Hasbro’s Marvel Legends display at Comic Con… what do they mean?

The Marvel display at San Diego Comic Con showcased all the awesome Legends toys released this year, including the Marvel Studios 10th Anniversary line that is just starting to hit retail and packaged samples of Deadpool Legends Series 2, among others. There wasn’t much in the way of new reveals, but Hasbro’s MO is to hold that stuff close to the chest until after their panel, which takes place Saturday afternoon.

But that doesn’t mean they didn’t include some Easter Eggs in their display, which certainly piqued my interest.  First, there was Apocalypse, the Build-A-Figure who anchors the current wave of X-Men figures. The version at SDCC featured a new right arm in the shape of a claw, a piece we haven’t seen until now. 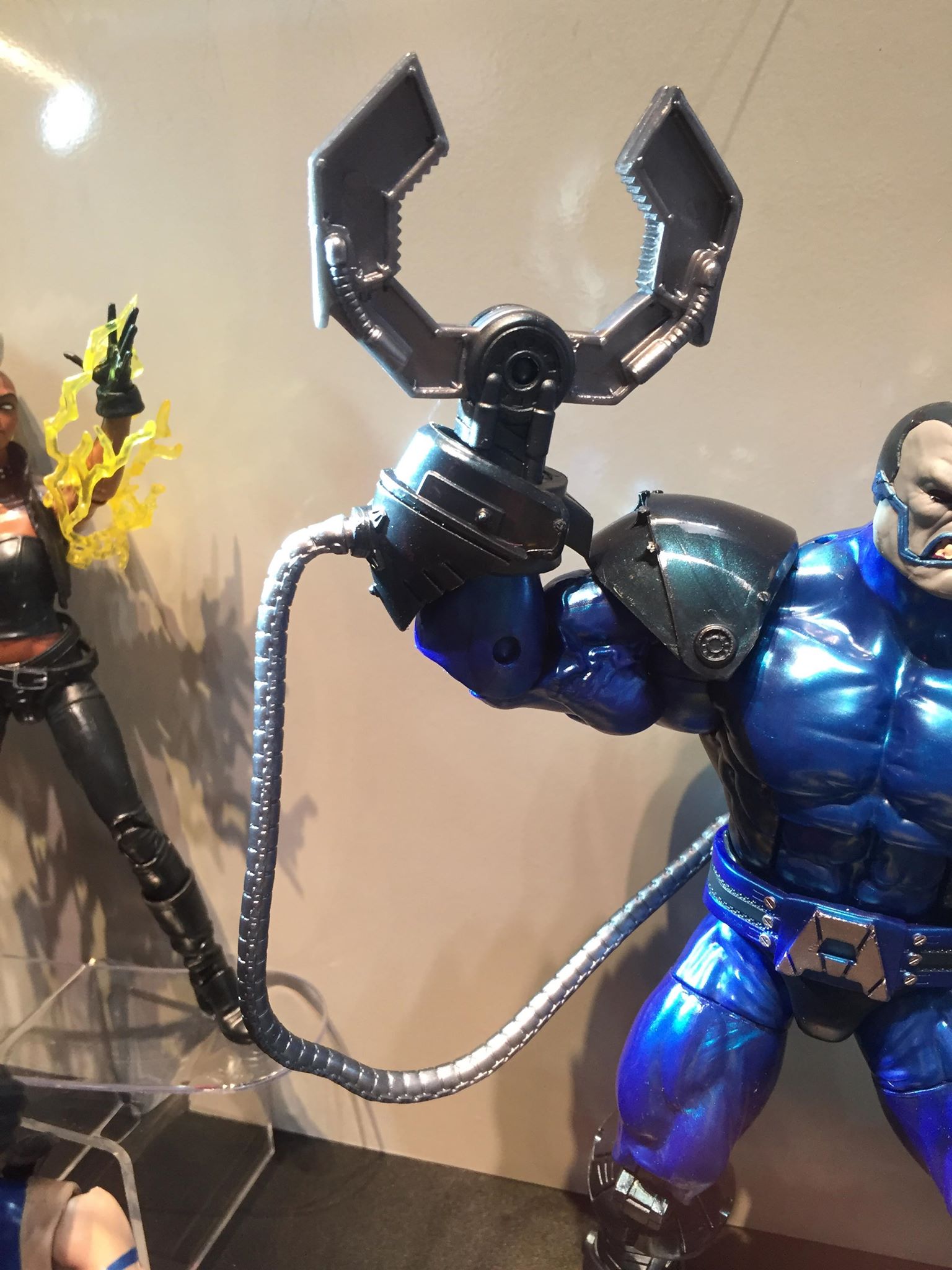 Next was Squirrelpool, a mini figure displayed nibbling on the slipper of casual Deadpool (though not included as a pack-in with that figure, or anyone in Deadpool Series 2). 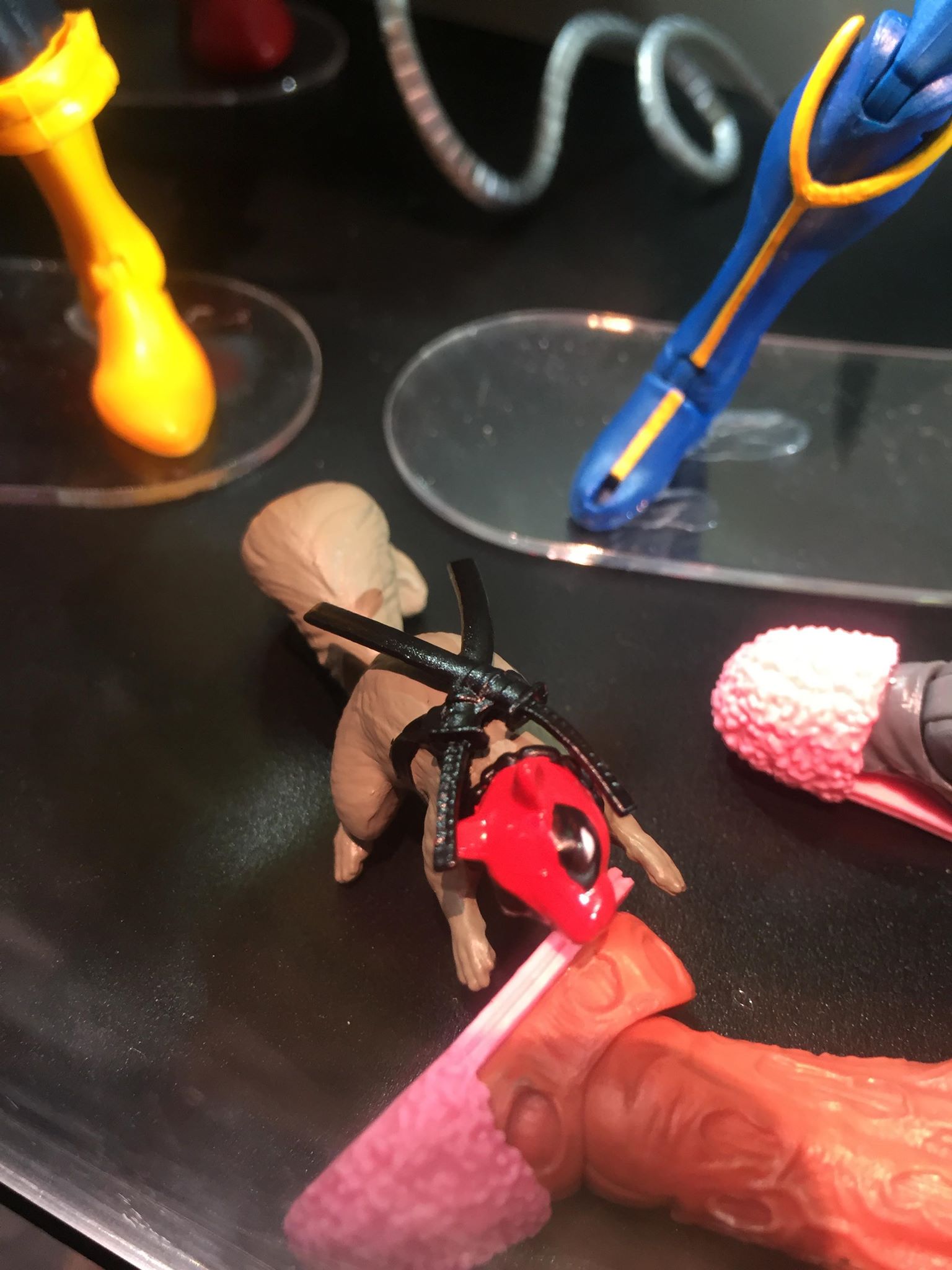 And finally, Killmonger’s awesome tribal mask was seen resting at the feet of his Legends action figure. 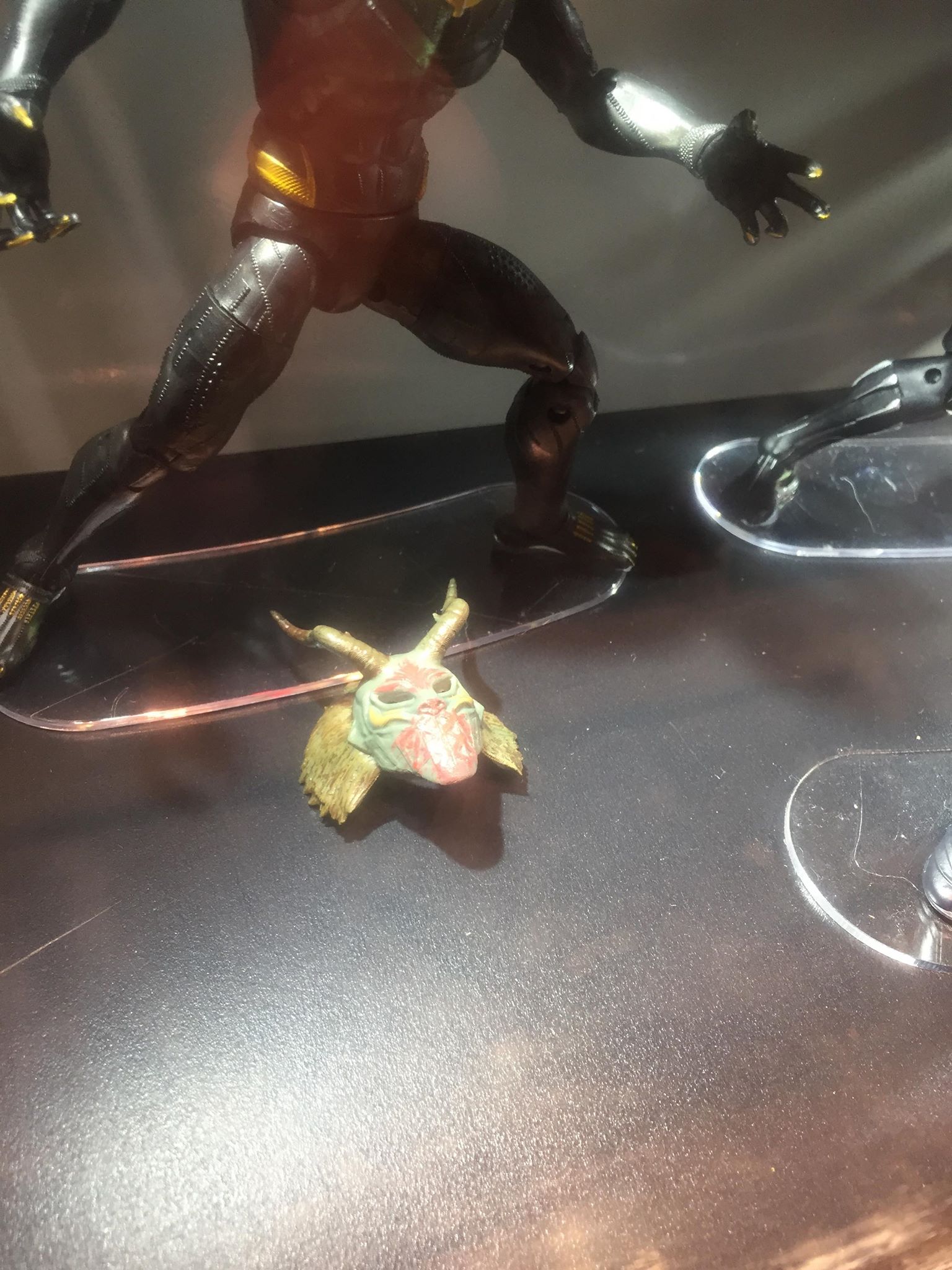 So what’s up with these mystery accessories? We honestly won’t know til Saturday, but here’s my best guesses.  There’s been STRONG rumors that Hasbro is developing a second wave of Black Panther Legends to be released later this year. Killmonger’s tactical uniform has been one of the most-requested, not yet produced things from the movie, which– let me remind you– was a runaway train of a blockbuster that surpassed all expectations in terms of box office earnings and cultural popularity. So I definitely believe Hasbro will capitalize on the colossal success of the movie, and there’s clearly still an appetite for more toys from it, especially now that we’re in a long gap between new Marvel movies hitting theaters. Look for a reveal of Killmonger in his combat gear, with this mask and a reuse of the Target exclusive unmasked head, at Saturday’s panel.

Apocalypse’s arm claw could be one of a few things. We’ve seen alternate or extra BAF pieces carry over between waves in the past (look at the Onslaught head packed with Rogue), so any number of future Legends could include this alternate piece. Or, Hasbro could be taking a cue from Mattel, whose DC Multiverse line is structured to give retail exclusive figures alternate BAF parts intended for use with a recently-released mass retail figure. Or, this is just Hasbro having some fun, making a custom internally and showing it off to test the waters on the concept. They tend to do that a lot, most notably with the SHIELD Hovercar in their Marvel Universe display years ago. I personally think Apocalypse’s claw is the latter, and we won’t see it at retail.

The other HUGE success for Marvel, especially in terms of merchandise, is Deadpool. Wade Wilson is EVERYWHERE, and people can’t get enough Deadpool stuff. With the first wave of Deadpool Legends among the hottest sellers of the year and a ton of buzz for Wave 2, I think Squirrelpool is a hint that Deadpool Legends will return for a THIRD series. If it were to include movie versions of Wade, Cable, and especially Domino, I would be a seriously happy camper.

These clues will be explained, along with lots more reveals, this coming Saturday at Hasbro’s Marvel panel. Be sure to check back here at Kastor’s Korner for the latest updates!