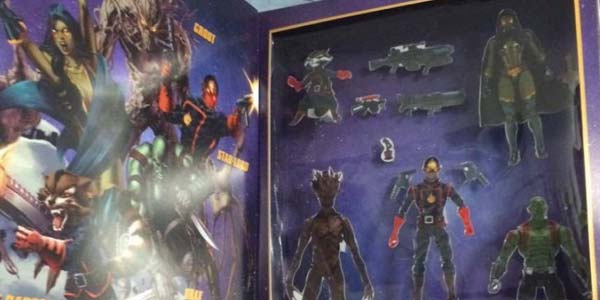 The mock-up packaging of the upcoming Guardians of the Galaxy Marvel Legends set reveals the five figures on the way later this year.

I had almost forgotten that Hasbro’s 2015 plans for Guardians of the Galaxy were to include a five-pack boxed set of Marvel Legends figures… but a few photos of the packaging mock-up for the set served as a fairly exciting reminder.

Not surprisingly, the set features the five Guardians featured in last year’s movie… but in their comic book styles.  This means Star-Lord gets a straight reissue of his 2014 Comic Con exclusive figure, with a slightly tweaked paint job.  Rocket and Groot are also reuse-heavy, with new heads for both on top of the mini-Build a Figure and movie bodies, respectively.

The other two figures are much more unique.  I feared Drax would be a recast of the underwhelming Return of Marvel Legends version, but instead we get an all new take on the Destroyer in his current costume, with a more appropriately bulky Sentry chest and movie Drax legs.  Gamora is the biggest surprise, in her classic green costume complete with hooded cape.  I was not expecting Hasbro to skew so old school with her, and I couldn’t be happier!

Overall, this set is looking pretty promising.  Yea, I already own Star-Lord, Rocket and Groot… but considering they are a Con exclusive and two former Build-A-Figures, I think their re-release here is perfectly logical.  The new head on Groot is sure to please comic fans missing the more aggressive version of the character, and the new Rocket portrait is a major step up from the RoML figure.  I think I would have preferred Rocket and Star-Lord in their white and blue outfits, to further distinguish them from the older figures, but it’s certainly not a dealbreaker.

The box set is slated for release as an exclusive sometime this summer.  Where?  Nobody knows for sure, but there are strong rumors that this will be either a Toys R Us or Entertainment Earth exclusive.  Either way, I wouldn’t be surprised if it lands an August street date, with an early edition available at Comic Con this July.  That last bit is pure speculation, but c’mon– when has any retailer NOT taken advantage of coercing nerds into lugging oversized boxes all over the country? 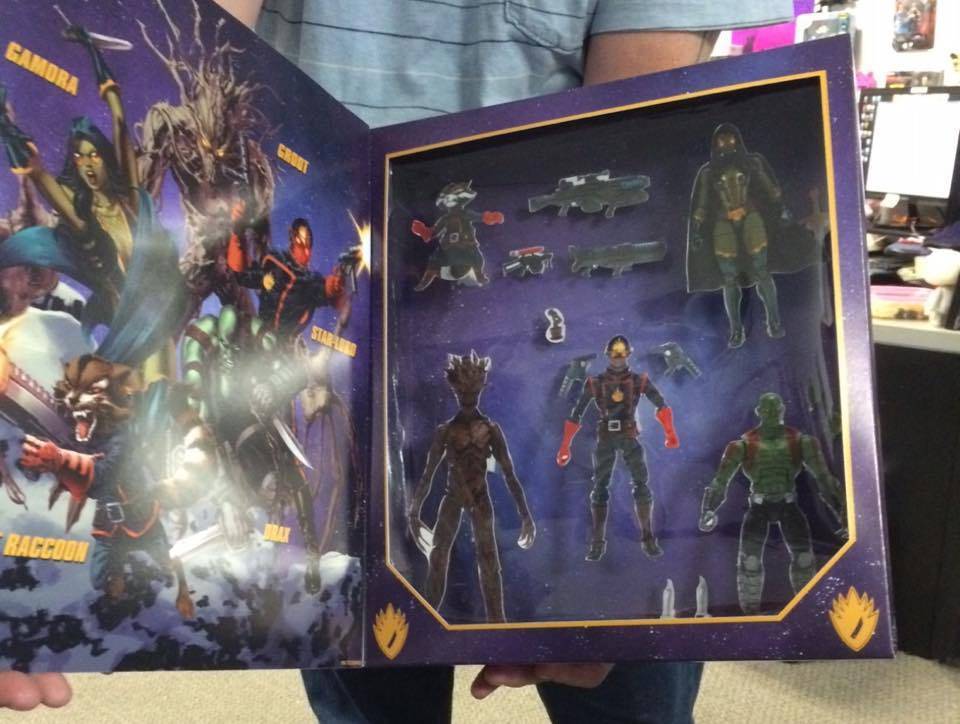 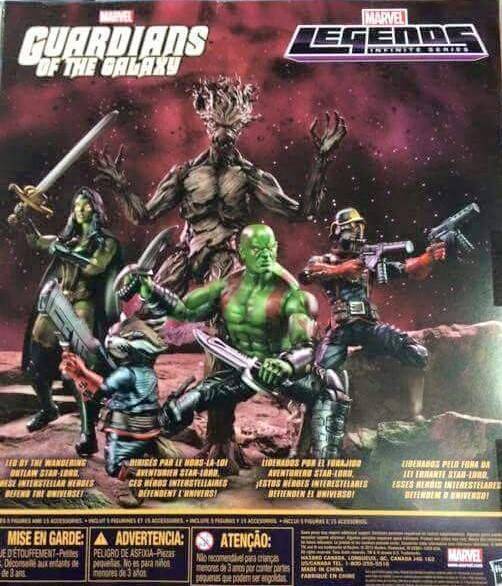