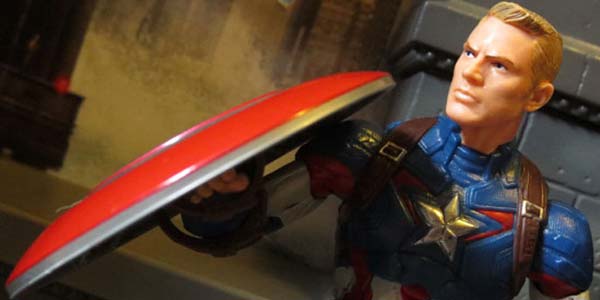 I don’t think there is a single super hero whose comic book appearance has been translated so practically yet thoughtfully as Captain America.  Each new costume we’ve seen him wear throughout Marvel Studios’ releases has been a subtle yet impressive design, which pays homage to his traditional red, white and blue outfit while featuring just enough hints of military styling to feel tangible.

The STRIKE Suit from The Winter Soldier wasn’t the best costume Steve Rogers has worn on screen, but Hasbro’s Marvel Legends action figure based on that look was outstanding.  As such, I’m happy to see much of that amazing sculpt being re-worked into the Age of Ultron Cap, leaving him with the same great range of motion and excellent sense of scale and proportion, but with a more character-appropriate color scheme.

Age of Ultron Cap features a resculpted chest piece, as well as a more brilliant shade of blue, coupled of course with red and white.  His iconic shield is back to full color after the departure into blues and silvers from The Winter Soldier, and this Cap figure also sports the same great accessories as his predecessor, including an unmasked head and alternate hands to point the way from the frontlines, or salute.

Colors aside, this figure really is very similar to the STRIKE suit Cap… but it’s such a fantastic figure, I honestly can’t say I mind too much, especially because this latest costume simply reads so much more effectively as Captain America.  Steve is joined in this wave of Avengers Legends by Iron-Man’s Mark 43 armor, and a new movie style Hulk.  Check back tomorrow as we feature the green goliath as he will appear in Age of Ultron. 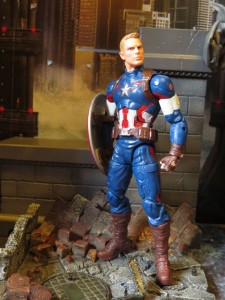 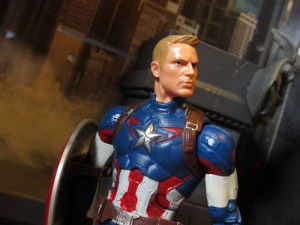 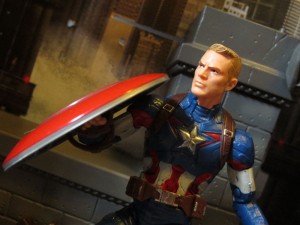 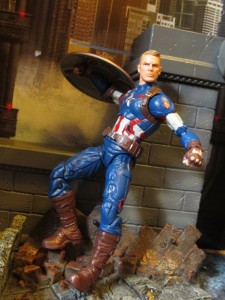 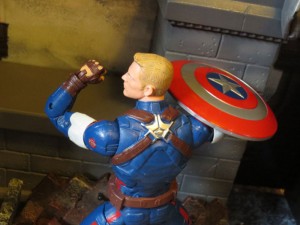 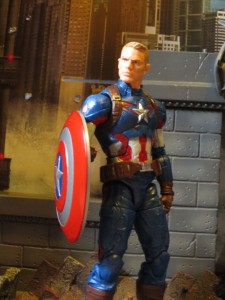 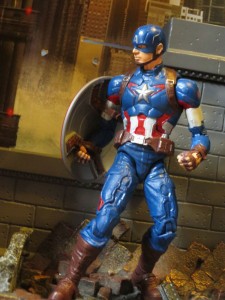 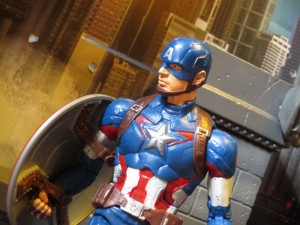 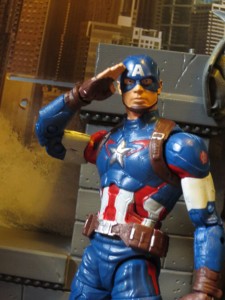 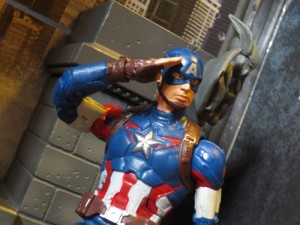 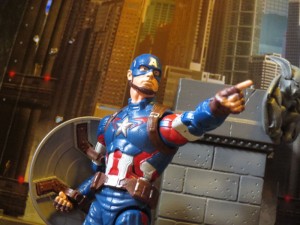 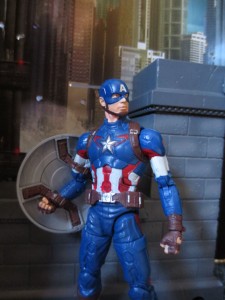 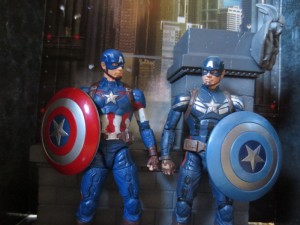 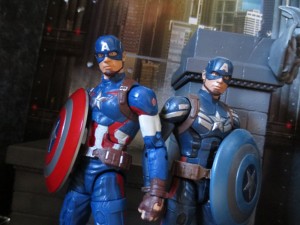 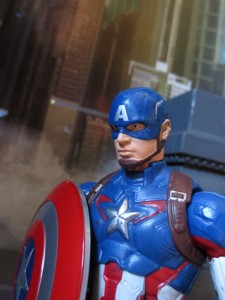 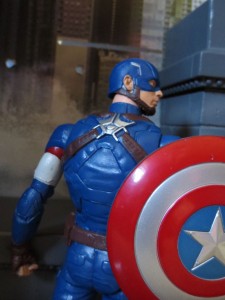 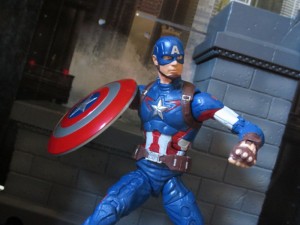 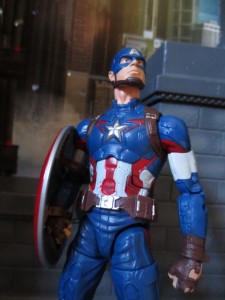 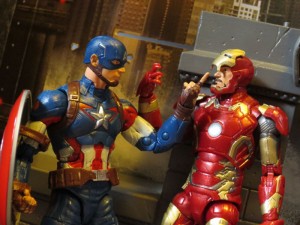 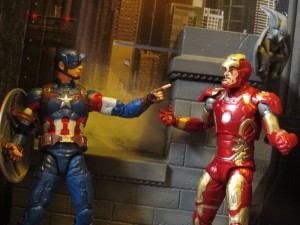 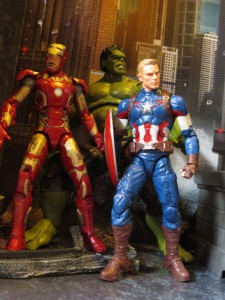