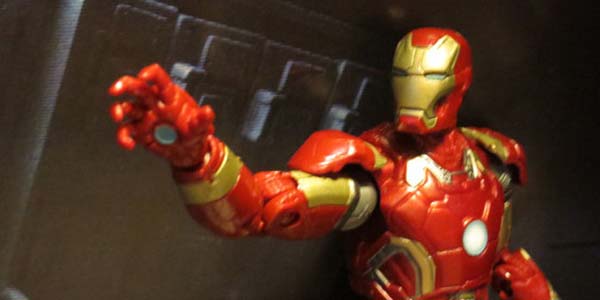 In Age of Ultron, Tony Stark’s main armor is the Mark 43 suit, which is in essence a more traditionally-colored take on Mark 42, as seen in Iron-Man 3.  That being said, the Marvel team at Hasbro produced a gorgeous Legends scale action figure of Mark 42 two summers ago, and they make smart reuse of is here in the Avengers Legends collection.

The sculpt holds up remarkable well two years later, packed with detail in the linework of the armor’s plates, as well as teases of the mechanics and circuitry underneath the red and gold metal.  The new colors are great, featuring a toned down metallic finish that approximates true metal better than any figure we’ve seen from Hasbro in the past.

The biggest selling point of Iron Man Mark 43, though, is his new alternate head.  The figure comes packed with his helmeted head, as well as a swappable second piece with his faceplate raised.  This creates a very cool, layered effect, which reveals a solid portrait of Robert Downey Jr’s Tony Stark beneath the helmet.  And since this figure is essentially a repaint of the Mark 42 figure, this new head fits perfectly on that body, as well.

The Age of Ultron themed Legends figures are all handled with this same clever approach, with lots of logical reuse combined with new parts and tooling that not only enhance these new figures, but positively affect the previous movie style Legends toys, as well.  We’ll be looking at Captain America and Hulk later this week… but check back later today for our look at vastly improved new Jessica Drew, Spider-Woman action figure. 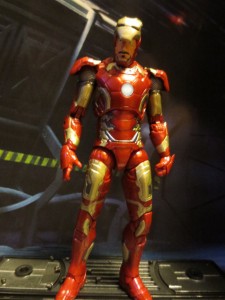 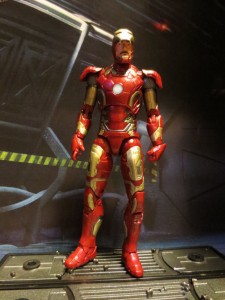 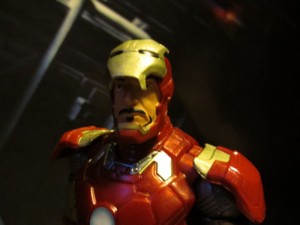 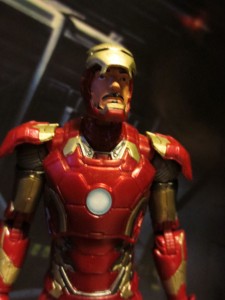 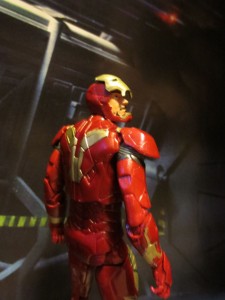 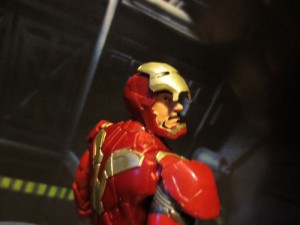 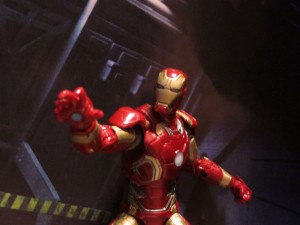 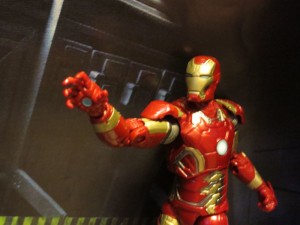 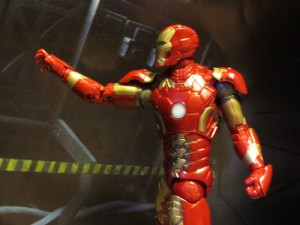 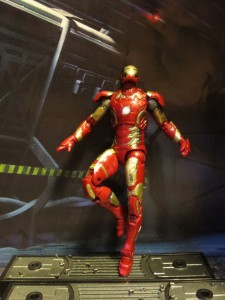 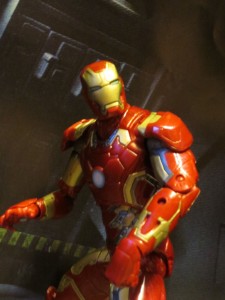 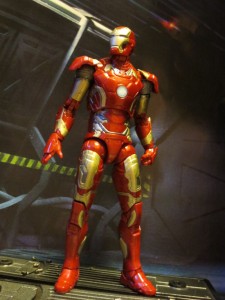 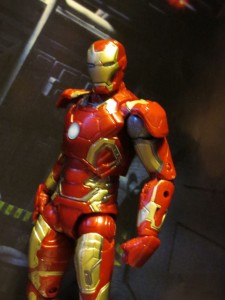 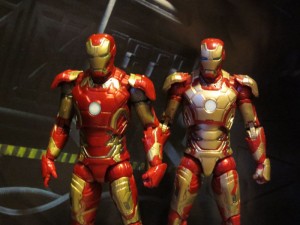 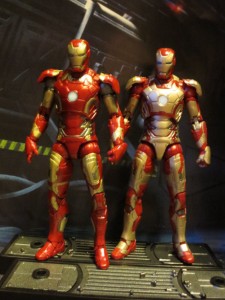 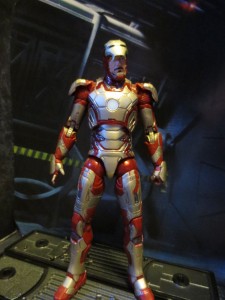 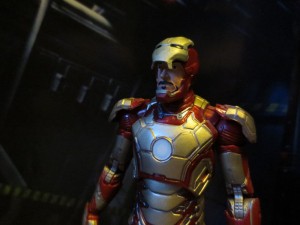 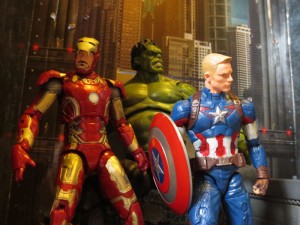