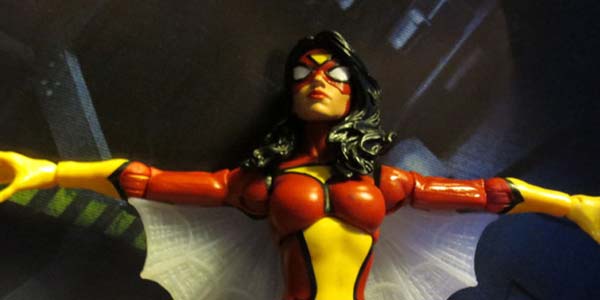 Jessica Drew gets a well-deserved update in the new Avengers Legends Infinite Series.

Spider-Woman is one of the more notable female Avengers, and we have not seen her inclusion in the Marvel Legends toy line since the Toy Biz days.  A lot has changed in terms of the sculpting and design work Hasbro has brought to this toy line since then, so I’m very happy to see Jessica Drew get an upgrade with her new action figure.

The new Spider-Woman features the Avenger in her classic comic book costume, and uses the Ms Marvel base body, which includes the perfect proportion and musculature for this character.  Spider-Woman’s portrait is an all new sculpt, which reminds me quite a bit of David Finch’ art style.  The figure blends in perfectly among her fellow comic book Avengers, with a striking dash of yellow on her bright red costume, and clean, concise black line work to provide some detailing.

I think my favorite thing about this figure is the incredibly clever way Hasbro handles Jessica’s webbing.  The web wings under Spider-Woman’s arms are one of those vague design concepts that has never really translated to toy form very well, but this figure comes closer than we’ve ever seen.  This Spider-Woman’s webs are removable, and she includes two versions– unfolded wings or collapsed versions, which plug into the figure’s upper arms and appear as if they are bunched up when her arms are resting at her sides.  It’s a fun display option, and manages to provide two unique looks for the figure, neither of which throws out or ignores the presence of the wings as part of her outfit.

Obviously, the movie style Age of Ultron figures are a big part of Hasbro’s Avengers Legends collection, but that hasn’t stopped them from releasing a number of great action figures based directly on Marvel’s classic comics.  Spider-Woman is one of the best– a character who more than warrants a great action figure… who now finally has one.

We’re shining the spotlight on more of the latest Avengers Legends all this week.  Check back tomorrow as we look at the Age of Ultron edition Hulk, as well as one of this series’ biggest surprises, Hellcat! 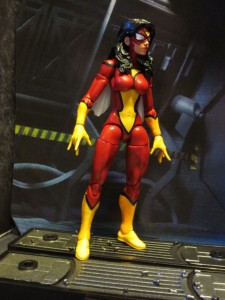 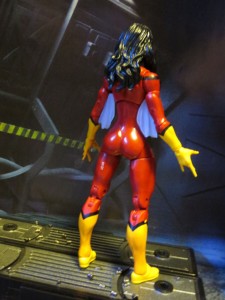 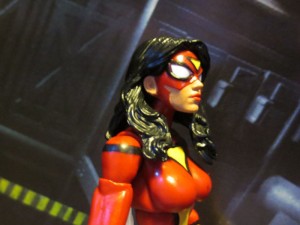 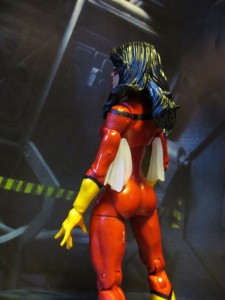 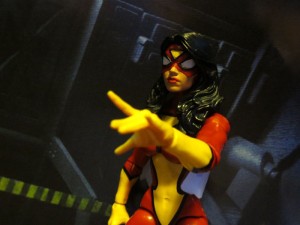 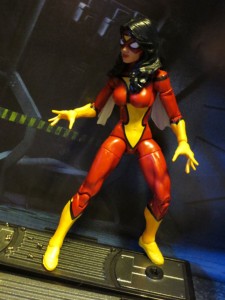 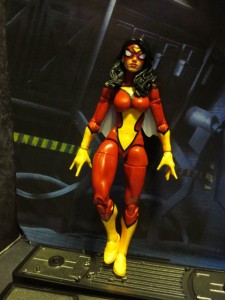 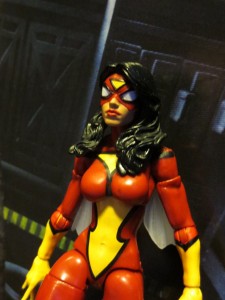 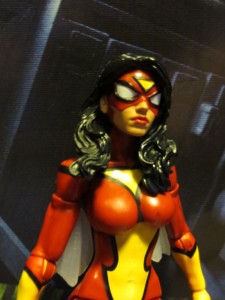 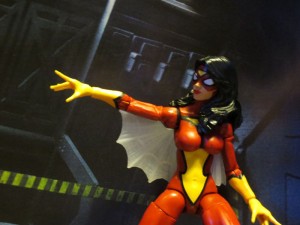 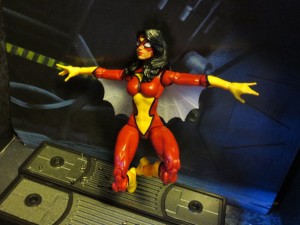 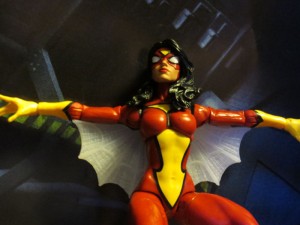 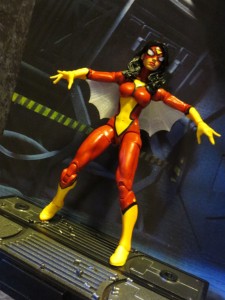 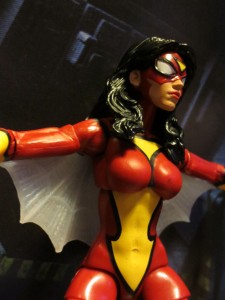 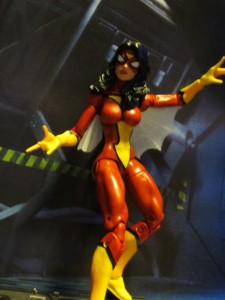