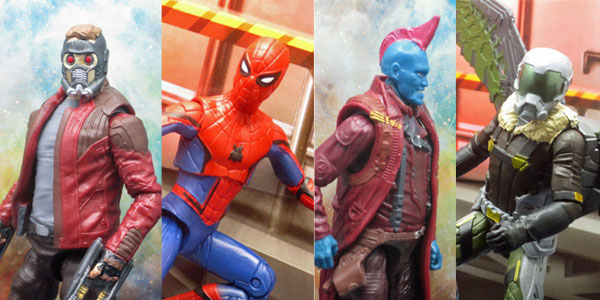 As in, the size of the figures.

One of the new formats Hasbro revealed under the Marvel Legends brand in 2017 is the 3.75″ figure two-packs, based largely off the Marvel Cinematic Universe. Wave One included Doctor Strange and Guardians of the Galaxy sets, while Wave Two follows up with a Spider Man: Homecoming pack including Tom Holland’s Spidey and his big screen nemesis, The Vulture.

Each of these new figures features an all new sculpt, and they share a good sense of scale with each other as well as previous 3.75″ Marvel movie figures.  The sculpts are film accurate across the board, and they’re all fairly well articulated (if you’re looking for a reference point, think the 2012 Avengers toy line, with double jointed knees and half-ball elbows, but limited torso articulation).

I opted to pick up the Guardians and Homecoming sets, and all four figures are a great addition to the smaller scale Marvel Universe. I’m a bit surprised to see Star Lord and Yondu get the 3.75″ toy treatment before fan favorites like Rocket or Groot, but I’m certainly not complaining. There’s a sort of stockiness to Chris Pratt’s Star Lord that is better presented in this sculpt than most other toy versions I’ve seen, and some of the small details are awesome, especially the walkman cleverly sculpted into the lining of his jacket.

Yondu is pretty cool, too, with a very strong portrait of Michael Rooker, sporting an uncharacteristically pleasant smile. While Star Lord includes his twin blasters, the figures are otherwise very sparse on accessories and extra pieces. Despite including an open holster, Yondu doesn’t include his arrow (this HAD TO BE a late in the game cut from the set), and we sadly don’t get an unmasked Peter Quill head either. 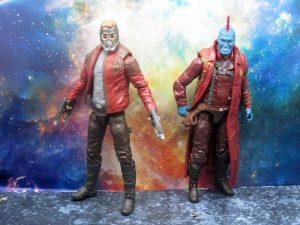 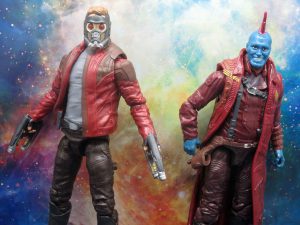 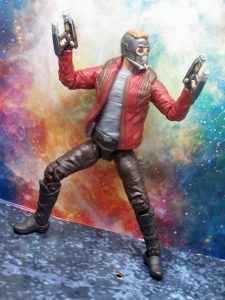 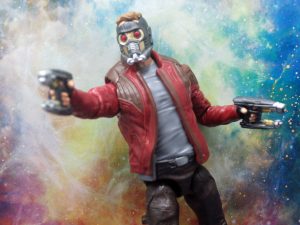 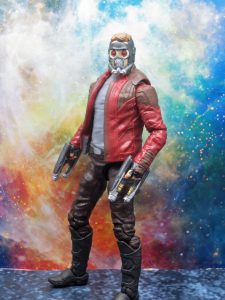 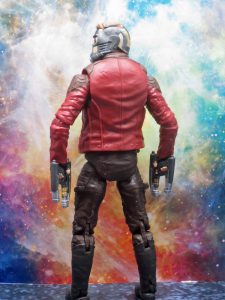 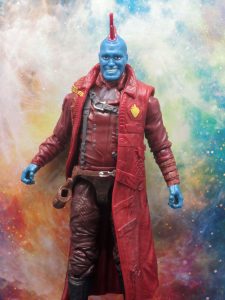 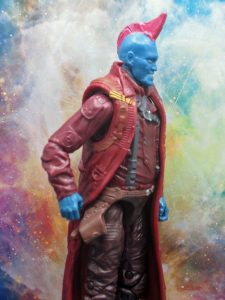 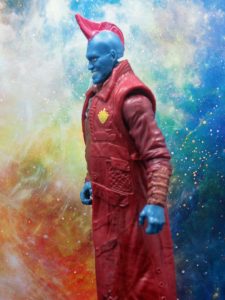 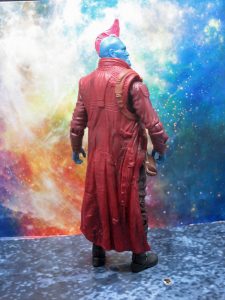 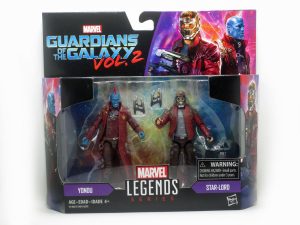 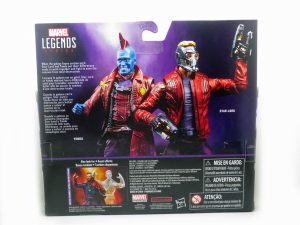 Having less of a reference for Homecoming than the Guardians universe, I can say for the Spider-Man pack that both figures seem to match the concept art and trailer appearances I have seen. Vulture’s helmet seems to be a different shape than the cinematic look, lacking the piercing green eyes beneath the visor.  I’m curious if Vulture’s costume will evolve throughout the movie, or if Hasbro’s figure was simply based on earlier concept art?  Otherwise, he’s nicely detailed, a perfect candidate to fit in with both a Marvel or GI Joe toy collection.  Spidey is appropriately short and slim, and his proportions actually read as a teenager, which is great. He’s the only one of these figures to include an ab joint, and it pays off in dividends, allowing him to hit the classic Spidey crouch better than any other small scale iteration of the character. My only issue with him are the hands… one is sculpted as a fist, the other in a web shooting pose.  The position of the former hand compared to the latter makes them look weirdly off-scale from one another. On closer inspection, it’s not that drastic, but something about it at first glance just looks odd.

Again, this pack is light on accessories. Vulture gets his wings, which plug into his back securely, and that’s it. No alternate heads, alternate hands for Spidey, and no webbing accessories. If you can’t tell by now, the lack of accessories is one of my biggest strikes against this series. The other is paint apps, though that doesn’t apply to any of these four figures in particular, as they’re all fairly well painted, if slightly simplified in comparison to their larger 6″ counterparts.  The Doctor Strange set, however, has awful paint apps, specifically Strange’s eyes which are both derpy and about 150% too large for his head.  It’s a shame because the sculpt looks really nice, and I’d like to add the good Doctor to the collection in this scale, but his eyes are the worst we’ve seen from Hasbro since their notorious first Indiana Jones figures. 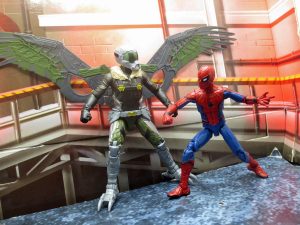 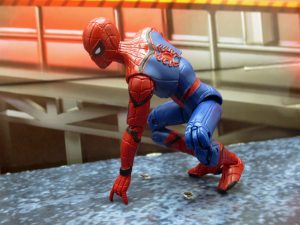 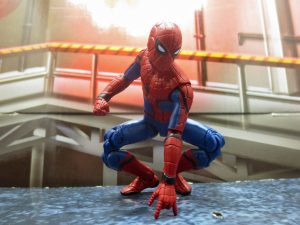 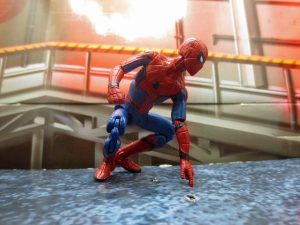 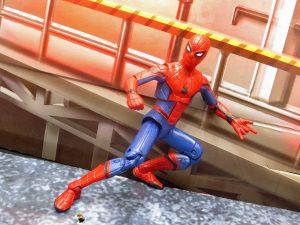 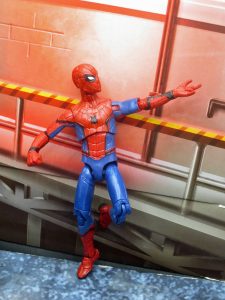 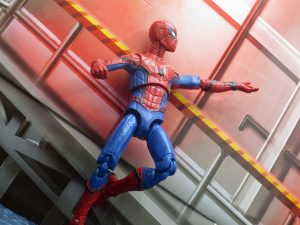 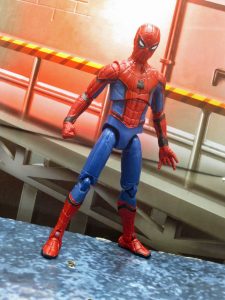 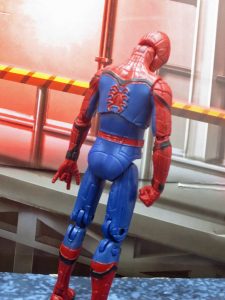 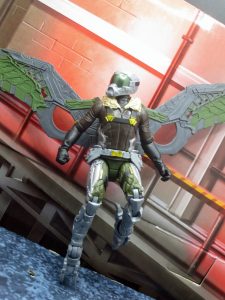 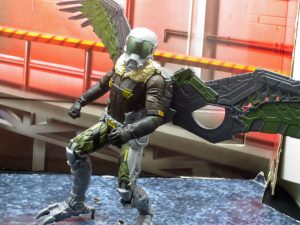 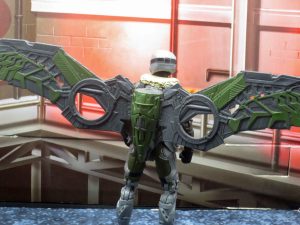 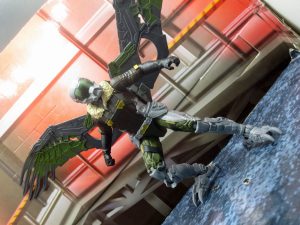 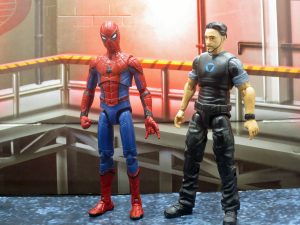 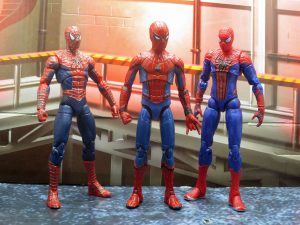 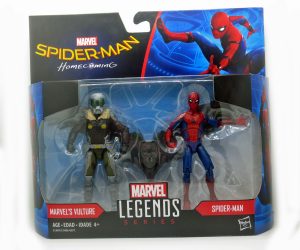 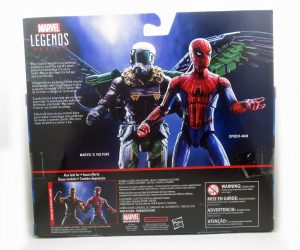 If you want to pick up the latest Marvel Legends 3.75″ packs, head to Toys R Us or Target, who were the first to release the Spider-Man wave as part of their Homecoming product launch.