The buzz had been building for years about the Return of Marvel Legends, although the sales of the first two waves of figures came as a surprise to everyone, including Hasbro. Now the company finds themselves in an interesting spot where demand is very high… but they need to think smart if they’re going to keep this line going as strong as we all hope.

The Return of Marvel Legends was a perfect storm of sorts. The series was a smash hit with the first two assortments selling through astonishingly fast. Fans have been hungry for 6″ Marvel heroes and villains for years now and the new series generated lots of excitement early on, with some great character choices, an excellent sense of design for both the figures and the packaging, and a grand return to the “Build A Figure” concept.  In fact, the series was such a hit, Hasbro burned through their entire supply in record time, leaving fans hungry for more and Hasbro trying desperately to get more figures into the market as fast as possible.

With two waves down, plus the Wal-Mart exclusive movie Avengers in (a few) stores now, Hasbro is at a tricky impass regarding the future of Legends. The third wave is scheduled to hit in September, and more than likely it will be the first assortment in the new series to be produced in much larger quantities. This isn’t a bad thing; the more figures made the easier they will be to find for fans.  Lack of product can lead to collector frustration, which can then lead to abandoning the line altogether (see DC Universe Classics), and on top of that it always seem a shame that toy lines would be snatched up so fast by collectors that kids never even know about them, let alone start collecting them.

So larger production runs starting with ROML wave 3 can be a good thing… IF the assortment justifies it. So far, we know about half of Wave 3: US Agent, Punisher, Blade, X-Force Deadpool, Mystique and Moonstar have all been confirmed. That’s a decent mix, but as weird as this sounds I am really hoping the last spots are filled with more heavy hitters… ML wave 3 is going to need to continue selling out in order for retailers to continue supporting the line. We saw this same thing happen with Hasbro’s first attempt at Legends– Wave 3 was made in such a large quantity that every retailer ended up with a glut of overstocked figures, including plenty of less mainstream characters like Bucky and Rachel Summers. Of the mix so far in our new series, most are sound enough decisions… US Agent may be obscure, but he’s a decent stand-in for a Captain America, plus he’s been on a lot of want lists for years. Mystique is popular enough in the mainstream to sell well, especially since the figure will likely be in her current black costume. I personally don’t care about another Deadpool, but the X-Force costume is a good variant, and he certainly has enough fans to warrant a spot.  But Punisher, Blade and Moonstar all seem too small to be featured in an assortment that really needs to prove the viability of this toy line long-term, and I’m already getting nervous that we’ll see racks full of Blades and/ or Punishers piling up at stores.

There’s a few spots left in the new wave, and as I said I actually hope they are dedicated to some heavy hitters who will guarantee sell-through for both kids and collectors. Hasbro should really add an Iron Man character to the mix, and I’d love to see either the Iron Man Legends Neo-Classic figure finally get a home, or an Iron Patriot– much like US Agent, Norman would act as a stand-in for Iron-Man as well as fulfill many fan requests. Plus, Hasbro could reuse the Extremis buck for much of the figure, so he’d be pretty cheap to tool out. Also important this time out is a really good Build-A-Figure. Nothing will guarantee a full sell-though better than a much-desired BAF, and adding someone in high demand in this slot would spark many collectors to pick up the less-impressive characters like Punisher or Blade and leave less to collect dust on the shelves. I’m hoping that awesome Archangel is this wave’s BAF, or the equally impressive Stryfe shown at NYCC last Fall. It needs to be someone big, and someone worthy of collectors shelling out for the entire wave. 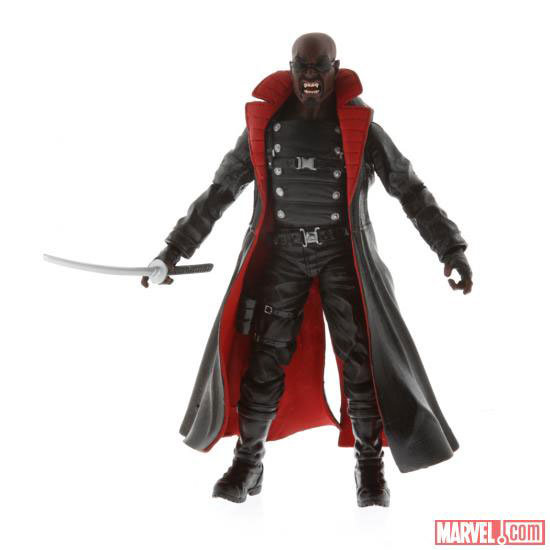 In the meantime, Hasbro is also supplying a refresher of figures from the first two waves, set yo hit in July. This is good news, as it should hopefully eliminate the empty shelves at virtually every retailer, however based on the mix they chose, if retailers order this refresher in too big of quantities, they’ll start to sit… the refresh makes some sense– Spider-Man and Daken are included, and with luck these will be the Big Time and masked variants still in high demand. Constrictor and Ghost Rider were missed by many fans when the first series hit, so they should sell well enough. Fantomex and Hope weren’t the fastest sellers of their assortments, but I think both can cycle through still. Heroic Age Cap and Drax are the two that have me worried… these two are the only Legends you can find regularly at retail right now, and it seems like a daft move to populate even more of them into the market. Why not Steve Rogers or the Madames, who have been MIA for much longer?

With luck the refreshers will be another limited run and we won’t see a glut of them stuck on pegs blocking Wave 3. And with even more luck, we will see Wave 3 rounded out with some major characters that fans are dying for… Hasbro has done an amazing job with the Legends relaunch in having the line live up to its full potential. Their first two offerings have been the most exciting since Toy Biz, and they’ve really connected with a lot of collectors, both old and new. I really want to see that momentum continue to build as we enter the second half of the year of Legends’ return.  I want to see more figures I can’t wait to pick up, I want to see more people talking with excitement and anticipation about this line, I want to see more cool figure reveals via Marvel, and I want to see store shelves staying empty because the toys keep selling, and NOT because nobody will bother to order them. 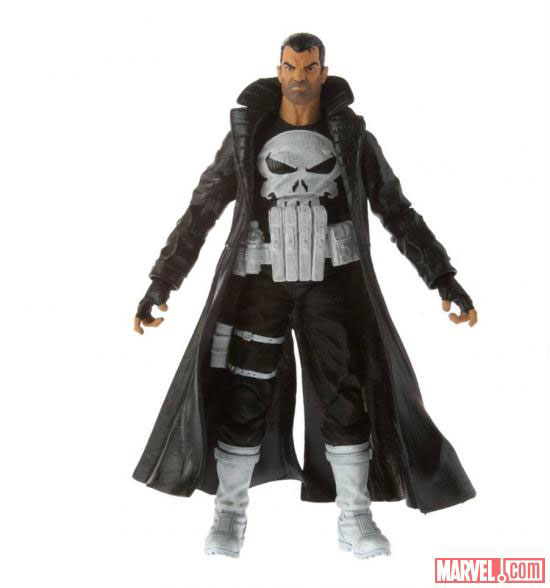