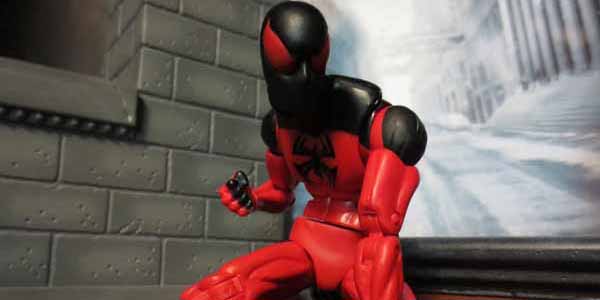 Hasbro sneaks in a new character under the guise of a Spider-Man variant with Scarlet Spider.

One of my favorite things about Toy Biz’ (no pun intended) legendary run on Marvel Legends was the playful streak by which they took to tricking retailers with new characters hidden in what the less intelligent mass retail buyers would assume was one of their all-important “core” characters.  Obscure characters like Spider-Man 2099 could be hidden under the guise of a kid friendly Spidey variant, and conservative, out of the loop retailers would be none the wiser.  It was perfect! 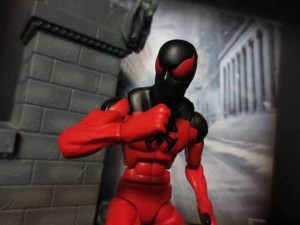 That’s the same vibe I get from Scarlet Spider, another new character making his Legends debut, packaged, essentially, as another Spider-Man.  I appreciate that clever bit of chicanery, even if I admit I have no real attachment to this character.  Kaine made his debut during the horrible Clone Saga, which is what first turned me off to the main Spider-Man comics.  I have no idea how or if the character has improved (I hope so), but I will admit he’s at least got a neat looking costume now.

Scarlet Spider is essentially a repaint, with a new coloration to the Big Time/ Future Foundation Spidey figure.  The new red and black motif looks great, and while the base body’s simplicity certainly stands out next to the more detailed sculpting on Hawkeye and Black Panther, this figure remains adequately poseable and features a rather eye catching deco.

The main charm of Scarlet Spider, for me, is the fact that he’s a new character secreted into this lineup.  Lazy, Soccer mom minded retail buyers for big box companies like Target and Wal-Mart have become a blight to the toy industry, so any small victory to trick them into carrying something that is not one of the done-to-death core heroes and villains feels like a bigger win now, than ever. 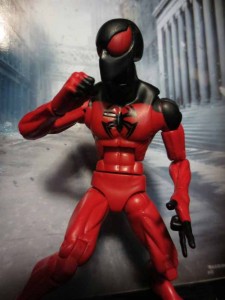 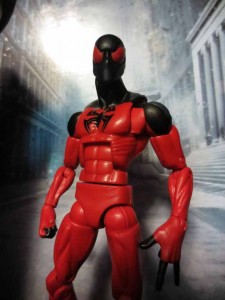 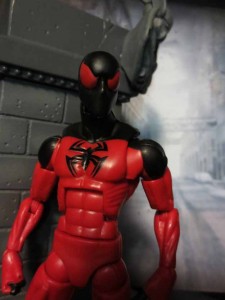 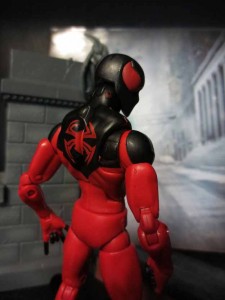 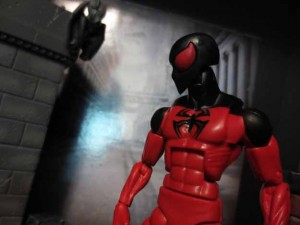 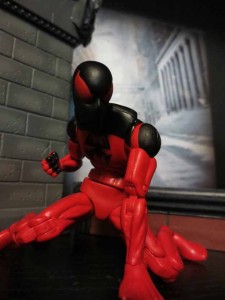 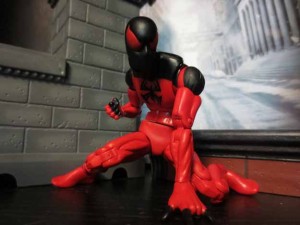