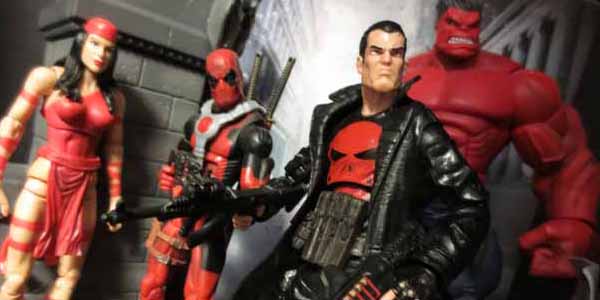 Like magic, we’re now only one figure away from another completed team… when did that happen??

Sneaky, sneaky Hasbro has been chipping away at the core cast of the current Thunderbolts team, without any of us, or them, noticing it!  We’ve seen Elektra and Red Hulk and Deadpool in the current Legends collection, and now we can add Punisher in his Thunderbolts reds to the team, thanks to the surprise variant included in the Rocket Raccoon cases. 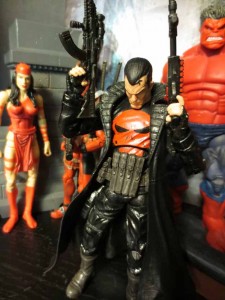 This Punisher is a direct repaint of the ROML Series 3 figure from last year, featuring Frank in his trenchcoat and combat boots, but the new deco has dark grey boots and belts and a crimson red skull on his chest, just like his current TBolts costume.

It’s a remarkably simple repaint, but an effective one.  I can’t help shake my disappointment the extra slot here wasn’t taken by one of the missing variants, such as Blade, Moonstar or Sentry, but it’s a great variant regardless, and brings us within one figure of completing the current Thunderbolts roster.   We’re getting that last character, Flash Thompson Venom, in the final wave of Marvel Legends… while no red variant has been announced, I wouldn’t be at all surprised to see him turn up in the near future.

When it comes to refresher figures, Thunderbolts Punisher is exactly what I’d love to see more of from Hasbro in the future.  A straight up repack of the figure from last year will just sit– we’ve seen this cause problems for every Hasbro property.  Figures don’t move through retail and specialty shops are hesitant to get stuck with a backstock of old figures no one wants.  But a simple tweak– a new color for his chest symbol, really– and Punisher gets a logical variant, one that way more people would purchase alongside their Rocket Raccoon set.  I doubt this repaint cost Hasbro much more than a straight reissue, and in the end a smart, simple figure like this will help collectors finish a team, help retailers sell more products, and help Hasbro keep this great line going.

Our friends at Toycade have Punisher and the latest Marvel Legends in stock now– Click Here to order yours today! 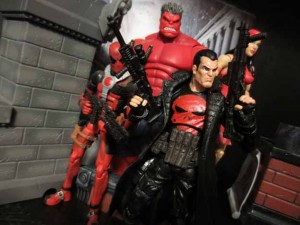 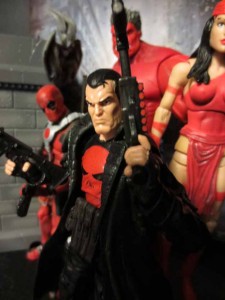 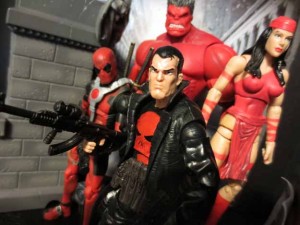 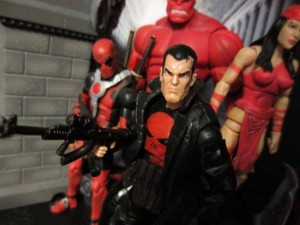 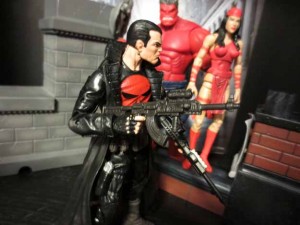 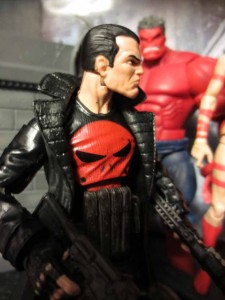 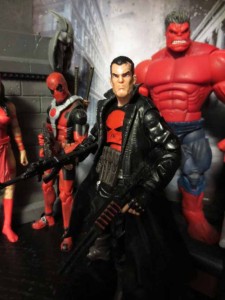 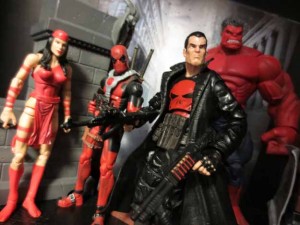 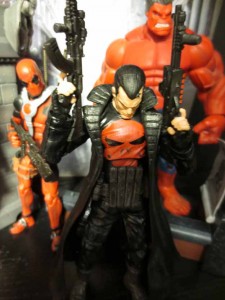 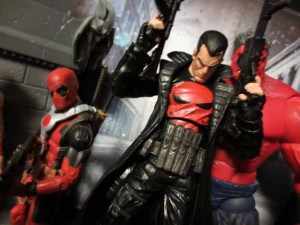