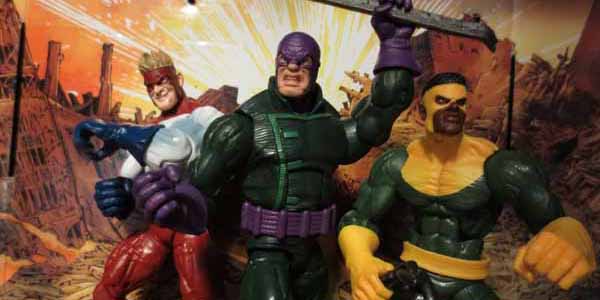 The latest Marvel Legends assortment brings us that much closer to a complete Wrecking Crew.

Wrecker was the last of the Wrecking Crew to make his debut in the 3.75″ scale Marvel Universe, but he’s been moved up to third for his Legends debut.  Like Jean Grey, this super powered thug and his cohorts have been near the top of the Marvel Legends wish lists for years, and there’s a simple thrill of realizing that we’re over halfway to finally having the whole crew within the Legends collection.

Quite a few people are disappointed with the end result of the Wrecker figure, and I do get it– using the Hulkling base this guy, along with his crew members Thunderball and Piledriver, are B-I-G big… they tower over the standard 6″ Legends characters. In the comics, the size of the Crew is all over the place, although in recent years they’ve been depicted as giants as opposed to just big dudes.  I dig that– towering over their opponents makes these guys look more menacing to me, and makes them stand out even among other “big” characters like Hyperion or Crossbones.  Between the size and the tweaks to their classic costumes, the Wrecking Crew employs the same kind of shortcuts that made the Toy Biz Legends so charming to me, and that nostalgic kick alone sells me on them. 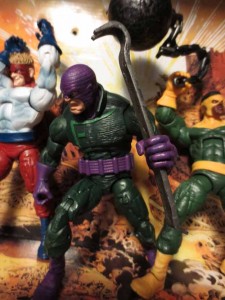 Whether you like the Wrecking Crew at this scale or not, one thing that no one can deny works is their continuity.  Wreck features a new torso with his vest, and it’s just enough new tooling that you can barely notice his substantial shared parts from his teammates.  The trio looks great together, and none of them look like simple repaints… they all retain their own distinct sense of character.

Wrecker’s fantastic new headsculpt only adds to his uniqueness, and his scowling face and clenched teeth look appropriately filled with rage.  The texture of the figure feels perfect, from his ridged mask to the coarse finish of his costume… even his remarkably well-made crowbar is filled with dents and dings, giving it a used appearance enhanced further by a weathered finish.

The Wrecker and his Crew have been getting some flack, but I find the figure’s charms far outweigh his minor inaccuracies, and he’s so much fun to pose and play with, I think he’s a pretty permanent resident on my shelf.  Wrecker was supposed to feature a variant in this wave with Bulldozer, the final Crew member… but these variants unfortunately remain in limbo for now.  I have no doubt Hasbro will find a way to release Bulldozer and the other unseen variants as soon as possible, but unfortunately, we may have to wait a while to finally finish off this Legendary team of villains. 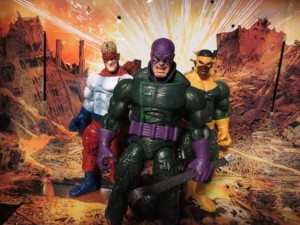 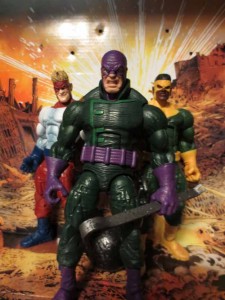 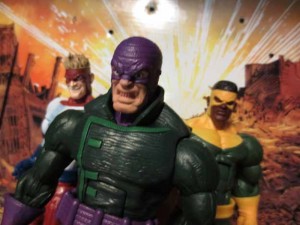 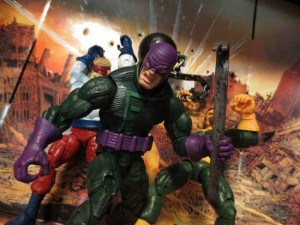 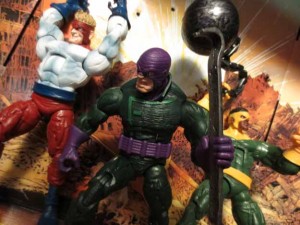 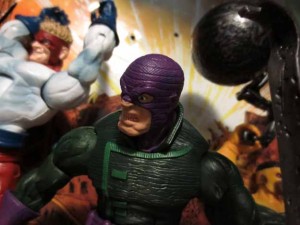 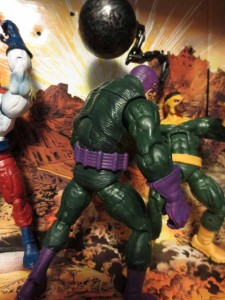 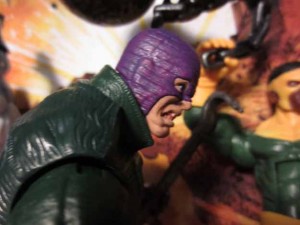 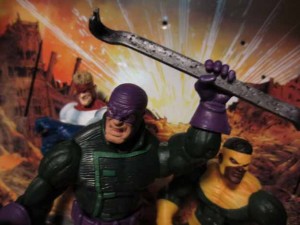 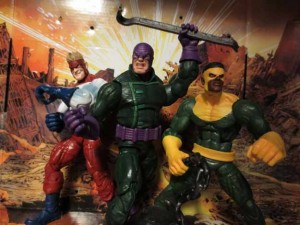 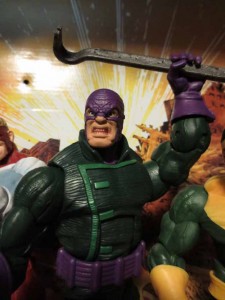 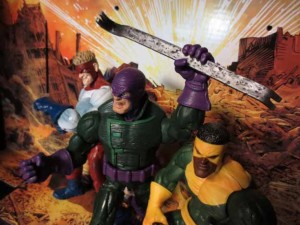 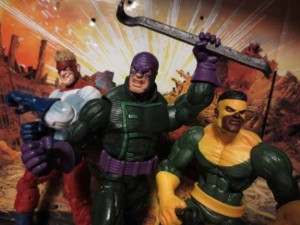 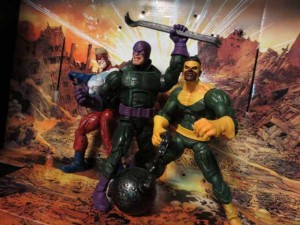