Will We Ever See Marvel Netflix Merchandise? 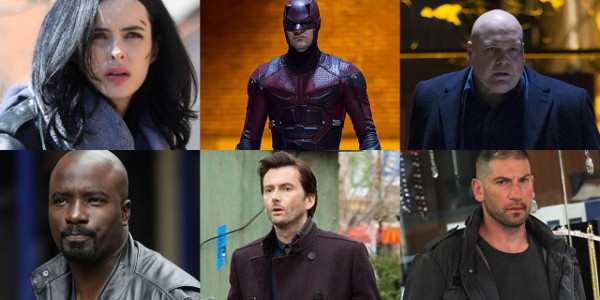 Merchandising is the name of the game.

Daredevil on Netflix was such a huge hit, but there was no merchandise at all to go along with it. Now I’m not just talking about action figures, but just any merchandise. T-Shirts, statues, key chains, etc. I find it a little odd.

Even at the Licensing Expo this year, the Marvel Netflix shows weren’t included in Disney’s licensing properties. But the odd thing about is that Global License magazine reported on a statement from Disney Consumer Products Senior Vice President of Marvel Licensing Paul Gitter. Gitter in his statement said: “The overwhelmingly positive reaction from fans and critics alike has led to a huge demand for ‘Daredevil’ merchandising. While momentum for the series continues to build, we are working quickly to expand our robust licensing program that stays true to the tone of the series and allows fans cool ways to express their passion for ‘Daredevil.’”

So the Licensing Expo came and went. Jessica Jones is just days away from premiering on Netflix. And yet, there still are no licensed products.

The big question is why. Licensing is all about making money, but I can’t see why not licensing these shows. Daredevil did excellent among viewers and critics. On Rotten Tomatoes, it has a 94% rating. Heck, that’s better than some of the Marvel movies. But maybe there’s more to it.

It is an “adult” show. Especially if you compare it to the rest of the Marvel Cinematic Universe. Maybe Disney doesn’t want to tarnish the marketing side of the MCU with this more adult corner. As crappy as a show as it is, Agents of S.H.I.E.L.D. does seem to fit in better than the Netflix shows.

Honestly, I could go on and on, and speculate and come up with some crazy theories, but none of them would be the truth. And the truth is something we may never know.

Either way, I do see a demand for merchandise based on the Marvel Netflix shows, and it’s a damn shame we aren’t seeing any now. But you never know what tomorrow brings.