Marvel Phase One Box Set Delayed Until Spring 2013, For A Dumb Reason 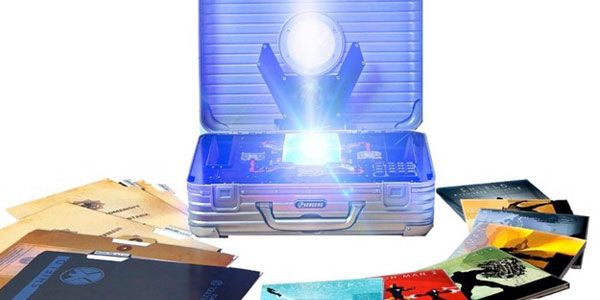 The 10-disc deluxe Marvel film set is on hiatus, and the reason is so ridiculous you’d swear this is Loki pulling a trick on us.

Marvel Studios and Disney were all set to release the Avengers Assembled Box Set this month, right alongside The Avengers as it hits Blu Ray and DVD.  The 10-disc mega-pack was slated to include all the Marvel movies leading up to (and including) The Avengers… so you’d get Iron-Man, The Incredible Hulk, Thor, Captain America, Iron-Man 2 and Avengers all in a really neat suitcase designed to look like the fancy attache used to house the Tesseract on the big screen.

Except, as it turns out, Marvel and Disney didn’t own the design of the suitcase, and the owners, luggage company Rimowa, weren’t too happy about their design being used for the box set without their blessing.  They filed suit over the infraction, forcing Marvel and Disney to pause pre-orders while they rejigger a new package for the set… which has now been pushed back to Spring of 2013.

What sucks about this move is, while pre-orders already placed will still be honored, this will force fans to wait another six months to own The Avengers if they were planning to get the box set, unless they want to double-dip and pick up The Avengers on its own later this month.  I guess this makes me feel less bad about buying the movies as they came out… but I’ll be waiting to see what the new packaging looks like before deciding if I’m gonna take the plunge for the box set.