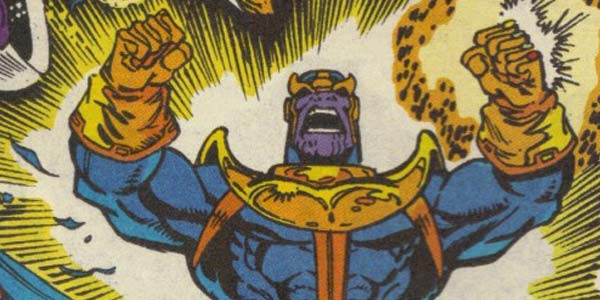 The Guardians of the Galaxy villain gets a full body reveal courtesy of Marvel.

Yesterday, some shitty cell phone screen shots of Thanos, the Mad Titan who appears briefly in the quite fantastic Guardians of the Galaxy, started circulating around the interwebs, and Marvel has responded in the best way possible– Rather than try to get the lousy quality image removed from everywhere, they released a nice, hi res shot of the villain to take its place.

I love the on screen look of Thanos, mostly because it’s so approximate to his comic book look– he’s got the craggy chin, the gold battle armor, and the general thick, stockiness that defines the character visually.  So far we’ve seen Thanos twice– once in The Avengers post-credit bump and now in Guardians… although we still haven’t really seen him DO much.

If he looks this imposing sitting menacingly on his flying throne, I can only assume he’ll be equally (or more) badass when he’s actively fighting the Avengers in their third movie.  I’m curious if Thanos’ current look will remain intact as he surfaces in more action-oriented roles, or if he’ll be further refined?  It’s worth remembering– since every fanboy in the world freaked out when the Titan showed up in The Avengers‘ final seconds– he was played by a different actor with a different digital design altogether just two summers ago. 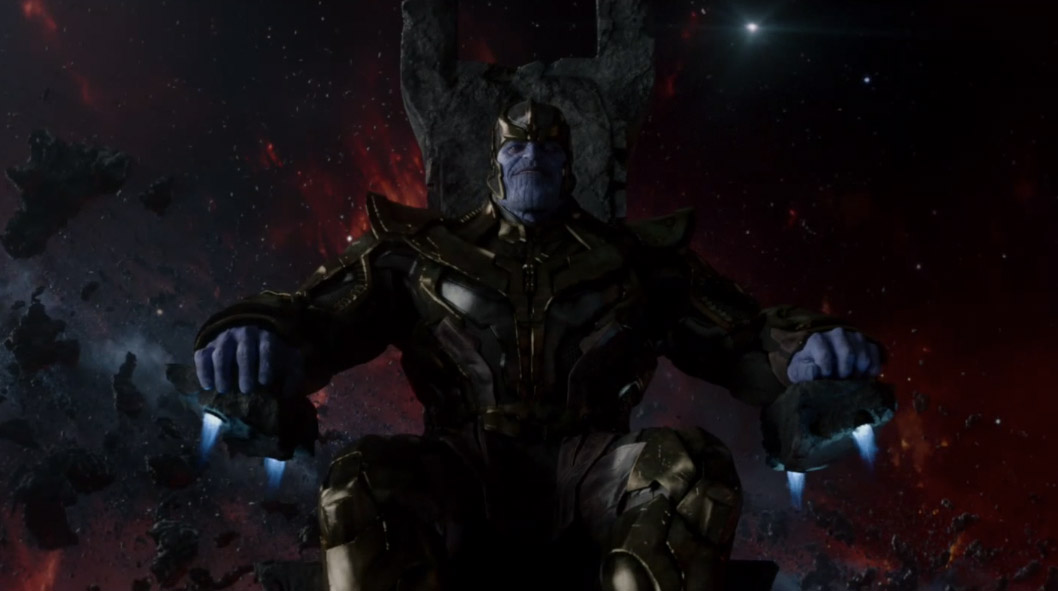